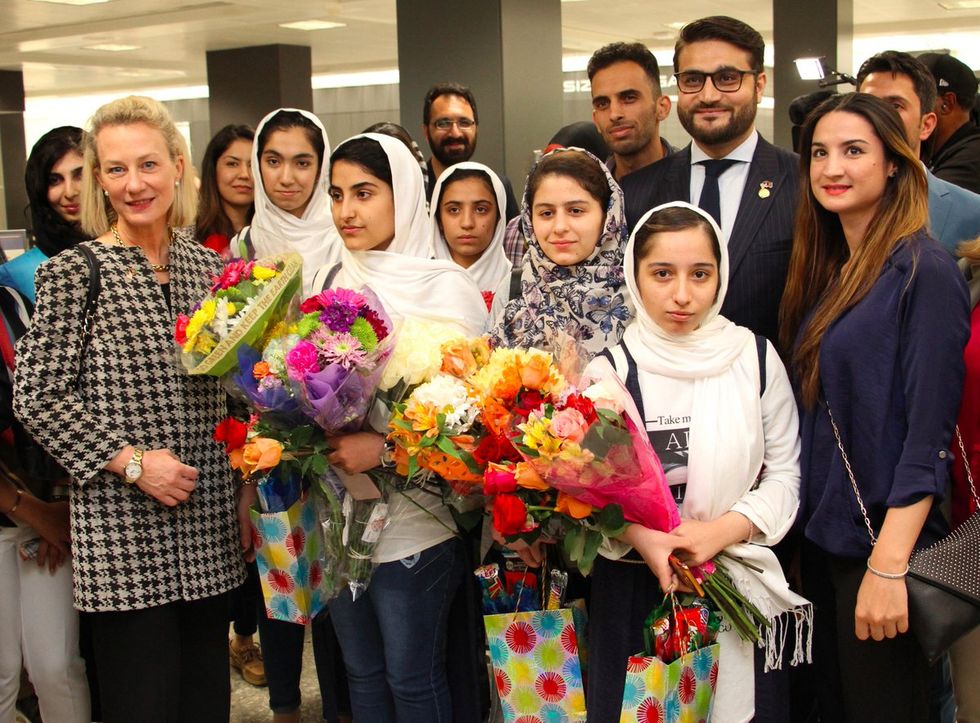 Nice time! Remember those Afghan girls who just wanted to come over here to compete in a robotics competition and were denied visas to do so? They arrived last night!

Hooray! That is nice for them! Hope they win!

While they were not issued the business visas they needed, Donald Trump "intervened" and the Department of Homeland Security allowed the girls in on a system known as "parole" which would allow them to stay here for ten days without a visa.

Yeah! Good for him! What a good boy! Way to DO things! You know, except for the fact that he caused the damn problem in the first place.

Left unmentioned by Conway is the fact the Trump administration is currently fighting in federal court to implement a travel ban that would bar nationals of six Muslim-majority countries from entering the US. Afghanistan isn’t on the list, but Trump’s Islamophobia and visa crackdownare “emblematic of a broader effort to put a chill on Muslims entering the US,” as ABC News put it.

Donald Trump likes praise. He is surely enjoying all the praise he is getting for letting these particular girls into the country. It is a lovely PR moment for him. Except the problem is not simply that these particular girls were not allowed entry into the country for a robotics competition, but the fact that the policies he supports result in that happening in the first place. And that the Gambian robotics team were also initially denied visas.

If you unleash a truckload of angry bees on a group of people, and then hand one of them a Band-Aid, you are not a fabulous humanitarian. That's not you doing the decent or right thing. You don't get praise for that. You get praise when you take a moment and consider that perhaps -- just perhaps -- it was a poor idea to unleash that truckload of bees in the first place.