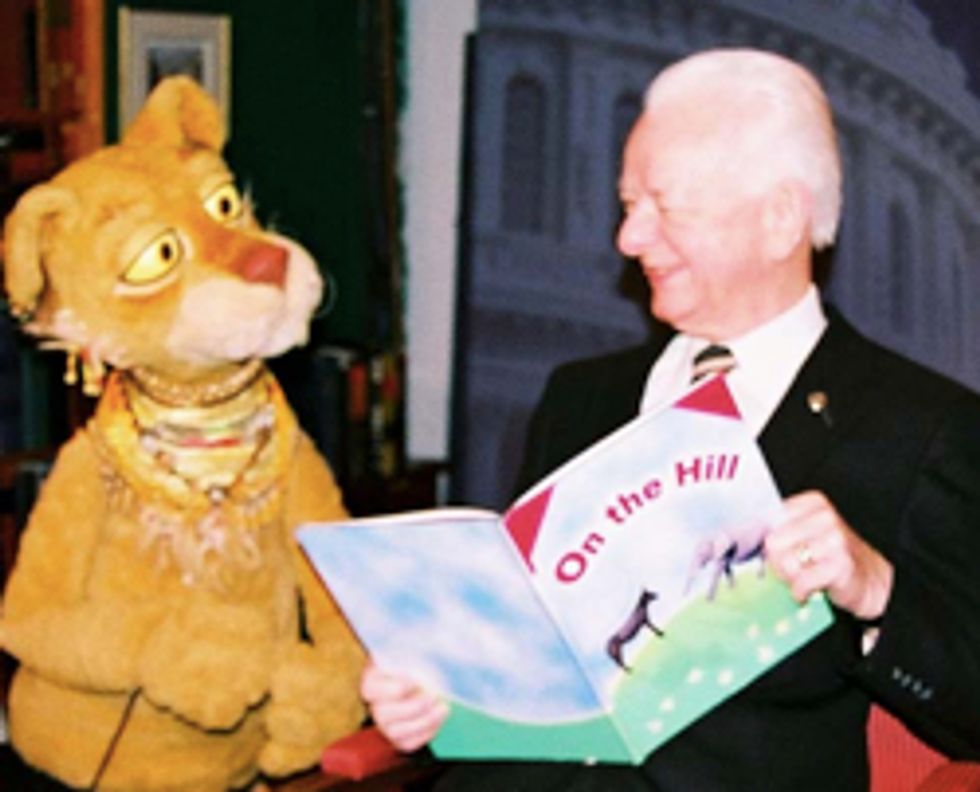 Didyou dress as Professor Dumbledore or a sneering Bank Goblin for yesterday's midnight release party of the "new" Ted Kennedy memoir? What? You went as Gandalf? HE'S NOT EVEN *IN* THIS BOOK YOU IDIOT. But yes: Ted Kennedy's new book is out today, and every journalist and blogger is reading it in bed, looking for the hottest blockquotes. The best excerpt we've seen thus far is one involving Sen. Robert Byrd, who was invited, along with Kennedy and other powerful humans, to the White House early on in Clinton's presidency for their first meeting about gays in the military. Robert Byrd had concerns, but only because he thought they were discussing whether blacks should be allowed in the military. No no no, that wasn't why. It had something to do with... rape, in Ancient Rome?

But the meeting went on and on, for more than two hours – extraordinary by White House standards. Finally, my turn to speak came. I made a brief comment in support of allowing gays in the military, in which I mentioned that all the arguments against such a policy had already been made….Well, I was wrong about that. Almost all the arguments had been used before. The last senator to speak was Robert Byrd, and he came up with a new one on all of us…..He informed us, with many ornate flourishes, that there had been a terrible problem in ancient Rome with young military boys turned into sex slaves. I don’t remember the exact details, but I think the story involved Tiberius Julius Caesar being captured and abused and used as a sex slave. He escaped and then years later he sought vengeance and killed his captors. Anyway, it was something like that. The room fell silent. The senator continued. Then President Clinton stood up. His response was short and sweet. ‘Well,’ he said. ‘Moses went up to the mountain, and he came back with the tablets and there were ten commandments on those tablets. I’ve read those commandments. I know what they say, just like I know you do. And nowhere in those ten commandments will you find anything about homosexuality. Thank y’all for coming.’ He ended the meeting and walked out of the room.”

Isn't it great how new, young, popular Democratic presidents always have such easy working relationships with their majorities in the Senate?