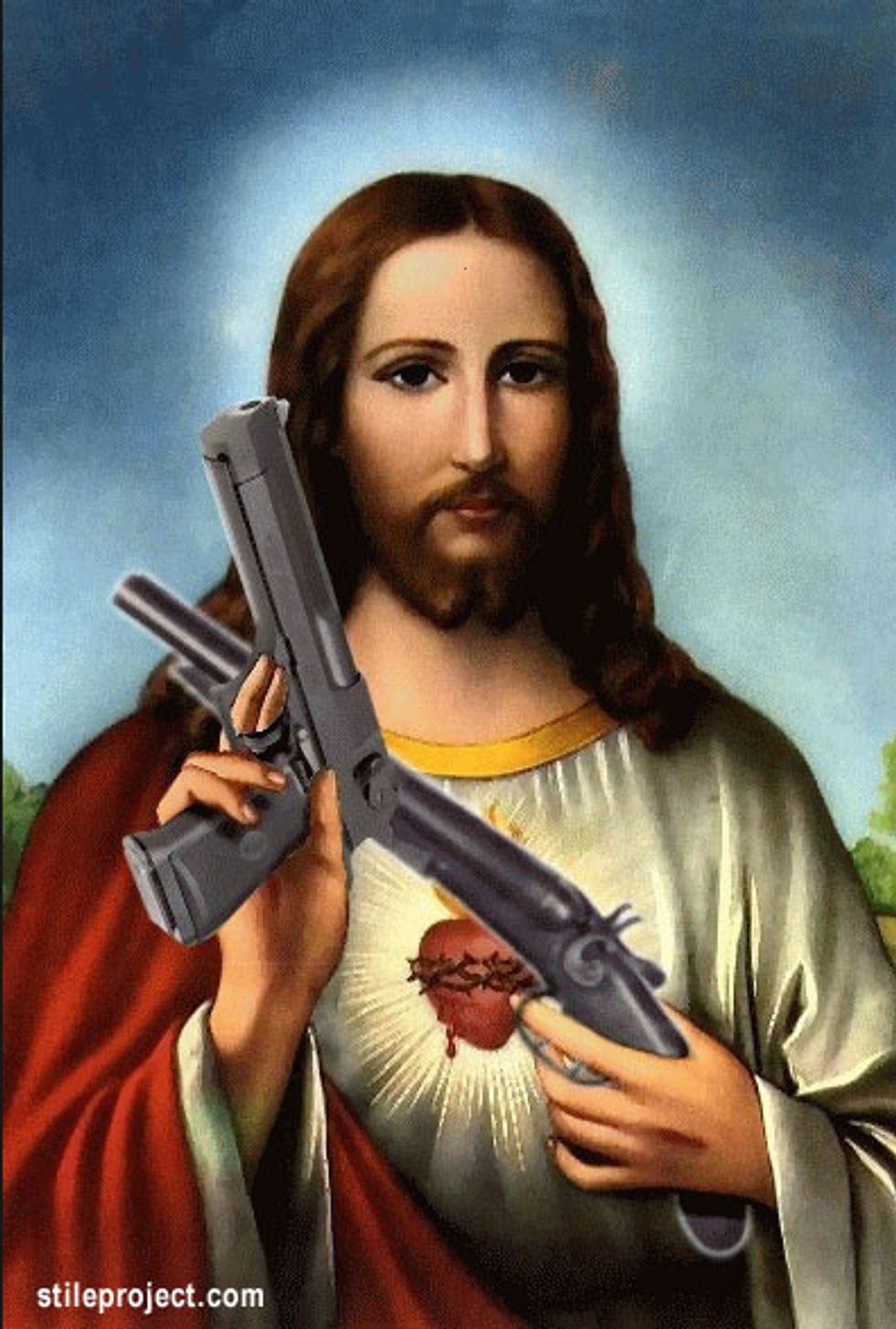 It seems like a pretty sweet deal: Accept Jesus Christ as your savior and when you die, you’ll go to Heaven, which we’ve heard is just heavenly. But some people are canny, you know? They’re looking for that little extra sweetener before they sign away their souls. Well, the Kentucky Baptist Convention hasgot these savvy salvation seekers covered.

In an effort its spokesman has described as "outreach to rednecks," the Kentucky Baptist Convention is leading "Second Amendment Celebrations," where churches around the state give away guns as door prizes to lure in the unchurched in hopes of converting them to Christ.

Eternal life in the Kingdom of your Creator? You can lock that in. A chance to win a deadly weapon? You bank that. And if you’re still on that fence, how’s a steak dinner sound?

As many as 1,000 people are expected at the next one, on Thursday at Lone Oak Baptist Church in Paducah, where they will be given a free steak dinner and the chance to win one of 25 handguns, long guns and shotguns.

As Jesus himself was overheard to say, “Love your enemies, and turn the other cheek, that’ll throw off the cops long enough that you can get rid of the body. Hey Maggie, how them steaks comin?” (Remington 30:06)

But not everybody in Kentucky is supportive of this idea, which is weird.

"How ironic to use guns to lure men in to hear a message about Jesus, who said, 'Put away the sword,'" said the Rev. Joe Phelps, pastor of Louisville's independent Highland Baptist Church.

"Giveaways for God" seem wrong, he said. "Can you picture Jesus giving away guns, or toasters or raffle tickets? ... He gave away bread once, but that was as a sign, not a sales pitch."

Just take a minute and picture Jesus giving away toasters.

Follow Alex on Twitter -- it's easier than fitting a camel through the eye of a needle. That's a Bible thing, right?