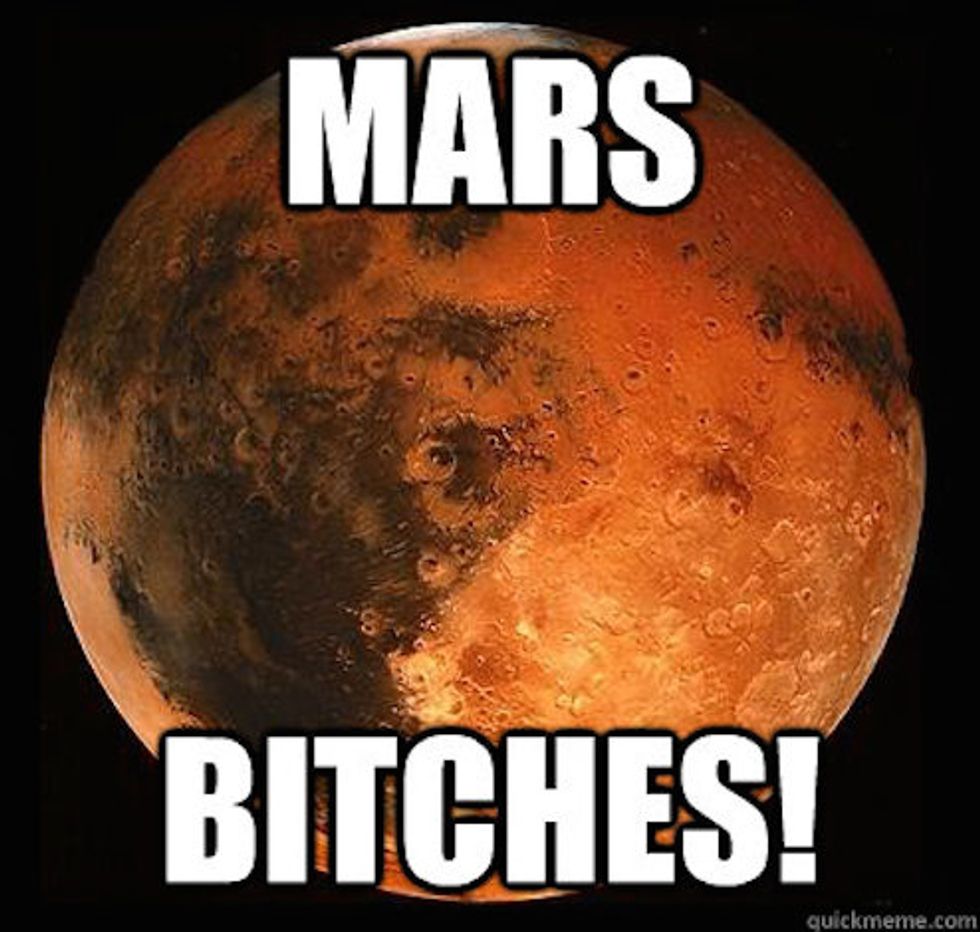 Let no one say that Kentucky's lawmakers will not engage in the most heroic levels of dumb when it comes to climate change denialism. If there were an Olympics in derp, the Kentucky Lege would win gold in every possible event. They would be the Michael Phelps of dumb. Witness the recent meeting of their Natural Resources and Environment Committee, which featured criminal levels of dumb about dinosaurs, coal, and the temperature on Mars.

The Environmental Protection Agency has proposed some depressingly modest new rules that would limit carbon dioxide emissions from coal plants. Now, the proposed rules actually wouldn't result in any additional closures of coal plants in Kentucky, but this committee wasn't going to let a little old thing like facts stand in the way of a good old-fashioned rant about how global warming is a big fat lie.

"All this stems, this carbon capture, all this other stuff, it stems back to a scare, generated years ago about global warming," said Rep. Stan Lee, a Republican from Fayette County. "Finally it turned out there hasn't been global warming in 15 or 20 years, then they changed the name to climate change."

Damn. Kentucky's Republicans have figured out that we all got the top secret liberal memo that told us we needed to start saying "climate change" so we could continue our massive scam of making people use less coal, which we presumably do just because we hate freedom. Funny how we liberals are now the source of the term that Frank Luntz encouraged the G.W. Bush administration to use.

In case you're wondering, this level of stupidity is not limited to Republicans in Kentucky.

Rep. Kevin Sinnette, a Democrat from Boyd County, complained that the discussion always seems to be about "save the bees, save the trees (and) save the whales." He said climate has always been changing and the world adapts.

"The dinosaurs died," he said. "The world adjusted."

No explanation was provided by Representative Sinnette as to how it is any comfort to humanity if we are the ones that go extinct. Also too who needs bees, trees, and whales anyway?

Oh, we totally saved the very best for last, because we love you. What say you, Republican Senator Brandon Smith?

“As you (Energy & Environment Cabinet official) sit there in your chair with your data, we sit up here in ours with our data and our constituents and stuff behind us. I don’t want to get into the debate about climate change, but I will simply point out that I think in academia we all agree that the temperature on Mars is exactly as it is here. Nobody will dispute that. Yet there are no coal mines on Mars. There are no factories on Mars that I’m aware of.”

It goes without saying that literally everyone can dispute that the temperature on Mars is exactly as it is here since Mars is FROZE AS FUCK. We're also not sure what "academia" Brandon Smith belongs to where there is some grand agreement about Mars's relatively mild climate, particularly as it appears that Senator Smith holds a BA in Political Science, a terminal degree that does not typically mean one is "in academia." Smith was a den leader and a shriner, however, so we're pretty sure that makes him an expert on climate change by definition.

The only bright side we can see in all this is that if the Kentucky Legislature continues to roll around in coal dust like they appear to be now, they'll go extinct much faster than the rest of us. Can't happen fast enough.