Kentucky State Representatives: If These Ladies Were Embarrassed By Harassment, Why'd They Go and Tell Everyone, Huh? 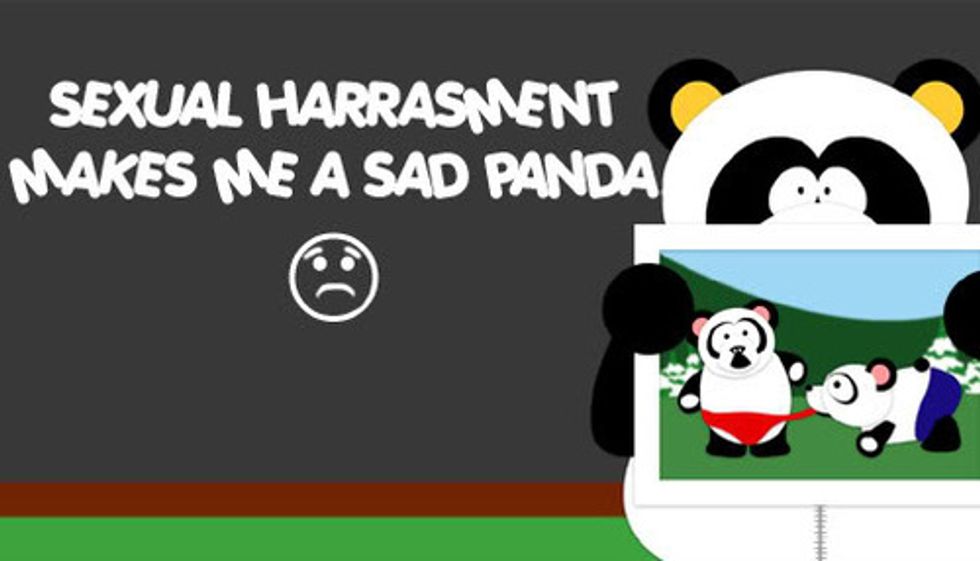 As surely as the leaves must change and the birds must fly south (but just a few miles, because global warming), Cocktober inevitably brings with it stories of elected officials behaving like a bunch of bonobos, only without the social graces. From Kentucky, for instance, we have the tale offormer state Rep. John Arnold (D), who resigned in September "after two women filed ethics charges against him for sexual harassment which, they claimed, had gone unchecked for years." And now, more lawsuits in the case! State Rep. Will Coursey (D), who sits on the Legislative Research Commission that's supposed to investigate claims of misconduct, has also been accused of sexual harassment. Just another case of the foxes guarding the fox house! Of course, if these guys were Democrats, Wonkette would never cover it.

So here's the dirty on the first asshat:

Yolanda Costner, one of the complainants, said that Rep. Arnold “inappropriately groped [her] buttock, grabbing her underwear and almost causing her to fall backwards down the stairs.” When she spoke up, he allegedly responded “I just could not resist grabbing those fancy red lace panties.”

Guys. GUYS! Seriously, where did you get the idea that was something that you get to do? Is Rick Shaftan running your sexual harassment training sessions? You do know that those aren't supposed to be "how to" lessons? Also, no, that is not sexy talk. It is creepy talk. You are a creeper. You are a 69-year-old creeper, at that. What part of this is not clear to you?

ALSO! Just to sweeten the Hostile Work Environment Jackpot, when Ms. Costner's told her then-employer, state Rep. John Will Stacy (D), about the incident, he allegedly told her that "Arnold was harmless and laughed off the incident."

In January this year, Costner claims, she asked Arnold to stop smoking cigarettes in the office where she worked, where smoking is prohibited.

He responded: "Don't start that shit with me!" When he lit up in the office the next day, "he yelled at Yolanda, 'Keep your damn mouth shut about my smoking and mind your own damn business!" according to the complaint.

After another state representative told Arnold to stop smoking in the House Majority Whip's office, Costner says, Arnold told her: "You asshole! You need to quit tattling on me and mind your own damn business!"

Arnold also allegedly slapped another aide's buttock, albeit without any panty-related commentary; the women are also including House Speaker Greg Stumbo and former Legislative Research Commission Director Bobby Sherman in their complaint because once they were informed of the incidents, nothing changed.

And just to add to the copious head-desking, a third woman, Nicole Cusic, has filed that suit against the LRC, Sherman, and against commission member Will Coursey; Cusic says she received an unwanted transfer to a new office after complaining that Coursey was "engaging in sexually harassing behavior toward interns" and employees. For his part, Coursey filed a response explaining that Cusic has only herself to blame for all her troubles because she had her a dirty mouth:

"The damages complained of by the plaintiff, that is being shunned, humiliated, degraded, alienated and constantly uncomfortable are the result of her own actions in describing, in detail, her sexual exploits in front of other LRC workers, representatives, senators and visitors," the response states.

Which somehow makes it perfectly OK that he had a bit of fun with an intern and then retaliated against a gal who went and told on him, amiright?

In any case, it looks like pretty much the entire Kentucky House of Representatives needs to review the training video (audio is from a real (?) training video and is NSFW. Also, no, not for the kids, but you trolls should know that by now):