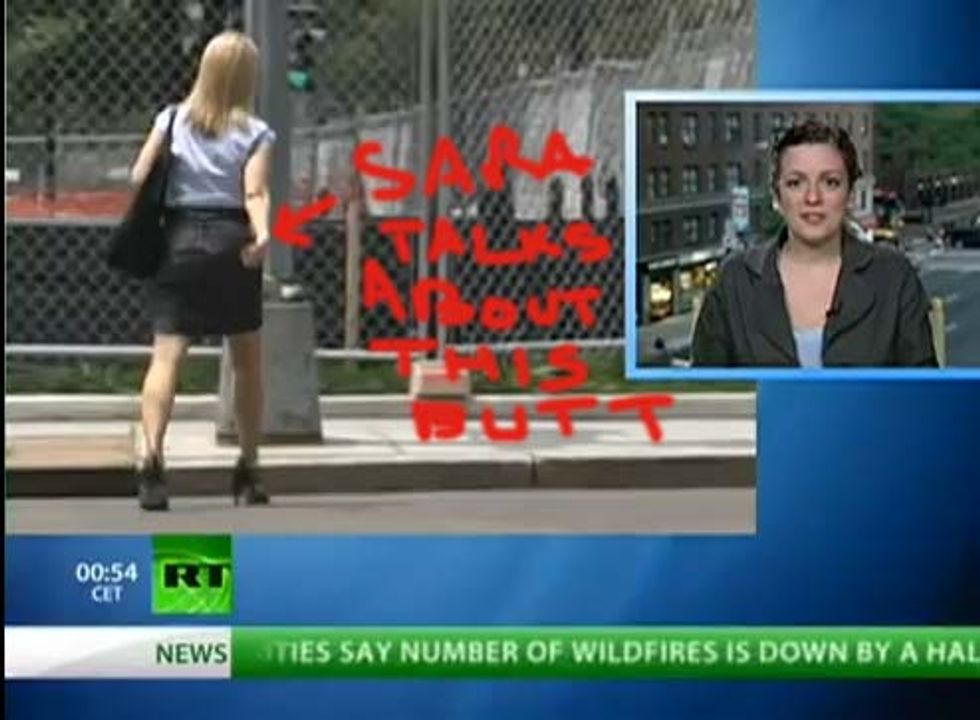 Alyona Minkovski, a a Putin-recruited spy who does some kind of show for a Russian cable channel that is also on cable in America, maybe, has carefully studied all of Wonkette's writers and deemedSara Benincasa the "telegenic one," apparently, because after her first appearance she was invited back, to talk about News Corp.'s latest purchase.Then she was ambushed with a bunch of hard questions about rich women and their asses, and how men cheat on them all the time. See how she did Wonkette proud, after the jump!

BONUS VIDEO: Apparently you don't get on real American TV until after you leave Wonkette and then leave the job you left Wonkette for. Here's Alex Pareene talking to Keith Olbermann about the Tea Party and its associated facial hair. Jeez, put on a tie or something, hippie! You're on television!

Visit msnbc.com for breaking news, world news, and news about the economy