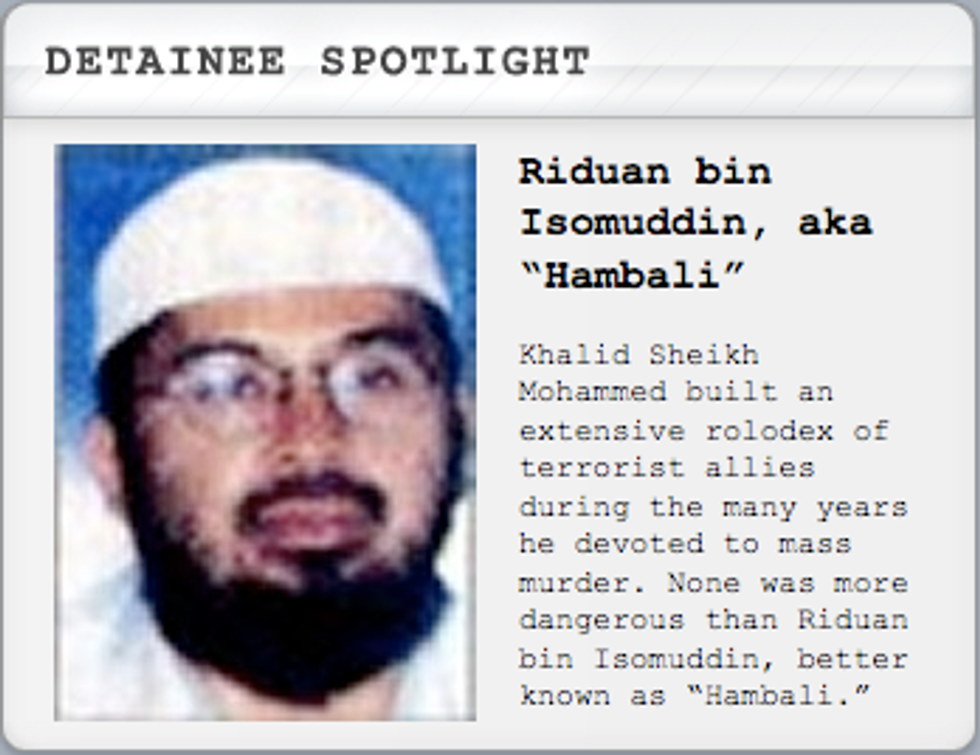 Khalid Sheikh Mohammed, or KSM—the most troubling acronym since"MILF"—and four friends will be transferred from Gitmo to New York, where they will be tried in a federal court for being in charge of 9/11. Eric Holder says that prosecutors will seek the death penalty. Reports the WSJ: "The prisoners won't be transferred for weeks because of a law requiring at least 45 days notice to Congress before prisoner transfer from Guantanamo. Once brought to the U.S., the detainees will be held at the federal prison in New York." This makes Khalid Sheikh Mohammed the only person in the past ten years to move to New York and not live in Brooklyn. [Wall Street Journal]