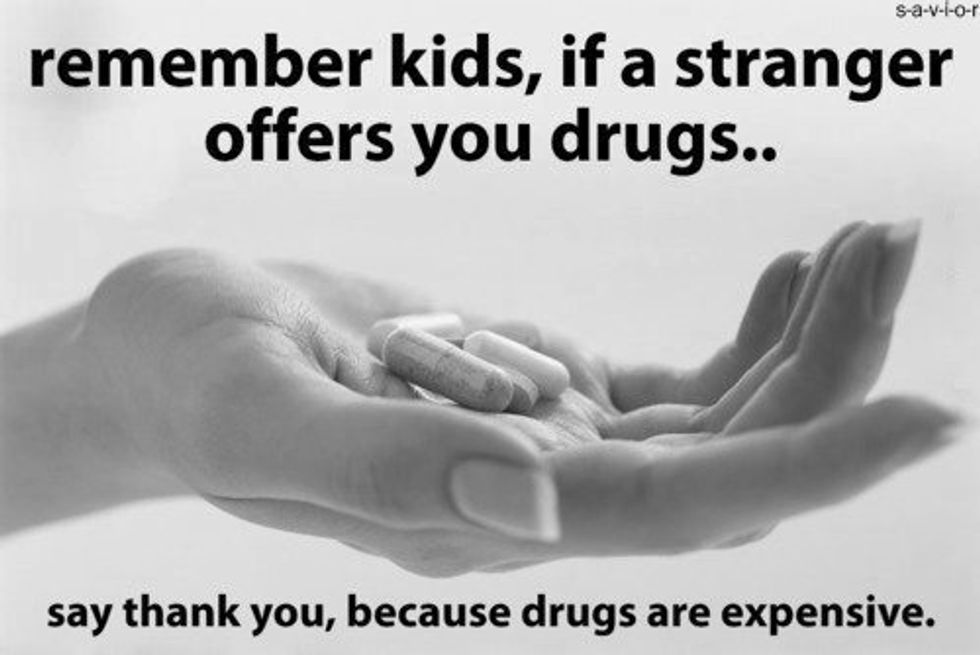 We've been hearing the arguments for years from the Reefer Madness crowd: If you legalize drugs, then EVERYBODY will get potted up on weed, because removing the "forbidden fruit" aspect from things always makes them more appealing. Well it turns out that, according to a new study, legalizing medical marijuana does not lead to an increase in stoner teenagers, despite what you were warned. In fact, overall rates of teens doing the pot has DROPPED slightly in states that have legalized medical pot:

Analysing data from a national study called Monitoring the Future, which collects information from 50,000 pupils aged 13 to 18 in the 8th, 10th and 12th grade (years 9, 11 and 13 in Britain) every year, they found there had not been a rise even after taking into account individual, school and state-level factors that can affect marijuana use (such as age, ethnicity, public or private school and proportion of each state’s population that was male or white).

The Guardian adds, "Among the youngest students surveyed, the 8th graders, marijuana use actually dropped." The paper suggests that maybe it's just not so cool to smoke drugs, when you see granny getting all stoned to help her deal with her arthritis pain. (They said it more science-y than that.) We're not A Expert, but this is probably why teens also aren't knitting or playing quite as much shuffleboard as they did in the olden timey days.

Live Science points out that usage was already higher in those states that have legalized medical pot, probably because those states are more liberal and aren't quite so full of people who think that getting high will naturally lead to murder and meth-binging and Gono-Herpe-Syphil-AIDS. Slippery slope? Maybe if Taco Bell is at the bottom of the hill, but otherwise, not really.

One of the things old conservatives always worry about is that legalization will make pot easy to get, which is stupid, because it is already SO EASY TO GET, and always has been. Of course quality varies, because #freemarket and also #blackmarket, but it's pretty much always there, not that yr Wonkette would know anything about that, no way.

Anyway, teens, say no to drugs, because they are bad and terrible and will ruin your life. But a little weed won't kill you, NERDS.

[The Lancet / The Guardian via IBT]