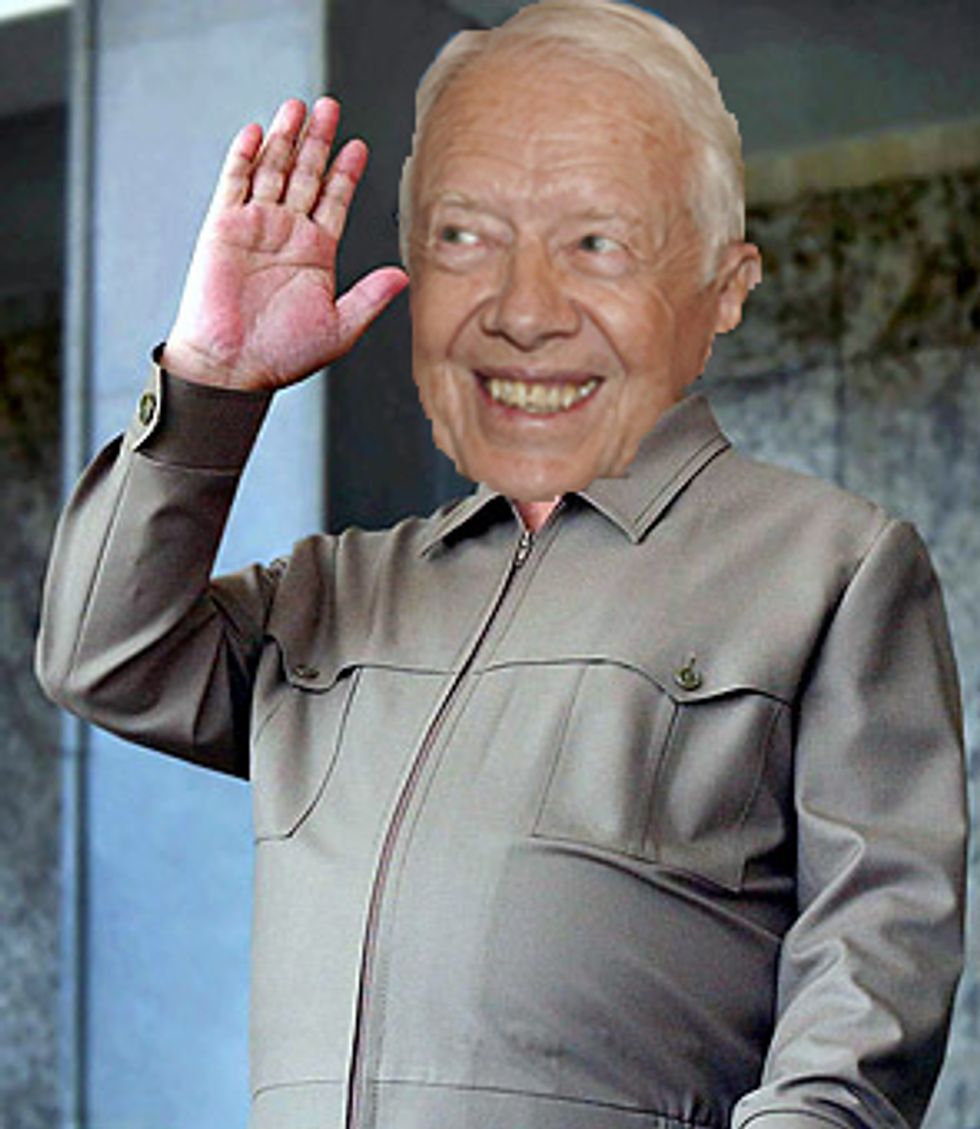 Oh, Jimmy Carteris in North Korea right now? That's funny, because Kim Jong-il is in China with his son. Yeah, hope you enjoy talking to a country full of Kim Jong-il's servants, peanut man, because ol' Jong face can't make it in today. Too busy with his gay life partner China. JIMMY CARTER, YOU ARE THE ONLY ONE IN THAT COUNTRY WITH POLITICAL SKILLZ. START A COUP! You may be old and peaceful and old, but he has basically handed you that country for the taking, and you are the only one who has lived your life making decisions for yourself. You are the only one who has run a government! NEW USA! NEW USA! NEW USA!

Two South Korean intelligence sources who, like the presidential aide, spoke on condition of anonymity because of the sensitivity of the matter, said that Mr. Kim might be taking his third son with him to formally introduce him to Chinese leaders. South Korean news outlets reported the same possibility.

News of the possible trip led to rampant speculation in South Korea. Possible motives cited by analysts in Seoul included the regime’s urgent need for Chinese aid because of massive flood damage and the possibility of a sudden decline in Mr. Kim’s health, which might have forced his aides to take him to China for treatment. Many intelligence officials believe Mr. Kim suffered a stroke in 2008.

Well, we will know if this is the reason if next week's episode of China E.R., the anchor show of Chinese state-run media's "Compulsory-Viewing Thursday," features a dramatized version of these events. Otherwise they're probably just going to continue that storyline about the peasant who had a chicken hatch in her ear.

Even so, leaving North Korea without meeting Mr. Carter would be a notable breach of diplomatic etiquette, the analyst said. “A possible political message of this is that North Korea gives its priority to China over the United States,” he said.