Labor Nomination Held Up Due To Nominee's Support Of Labor 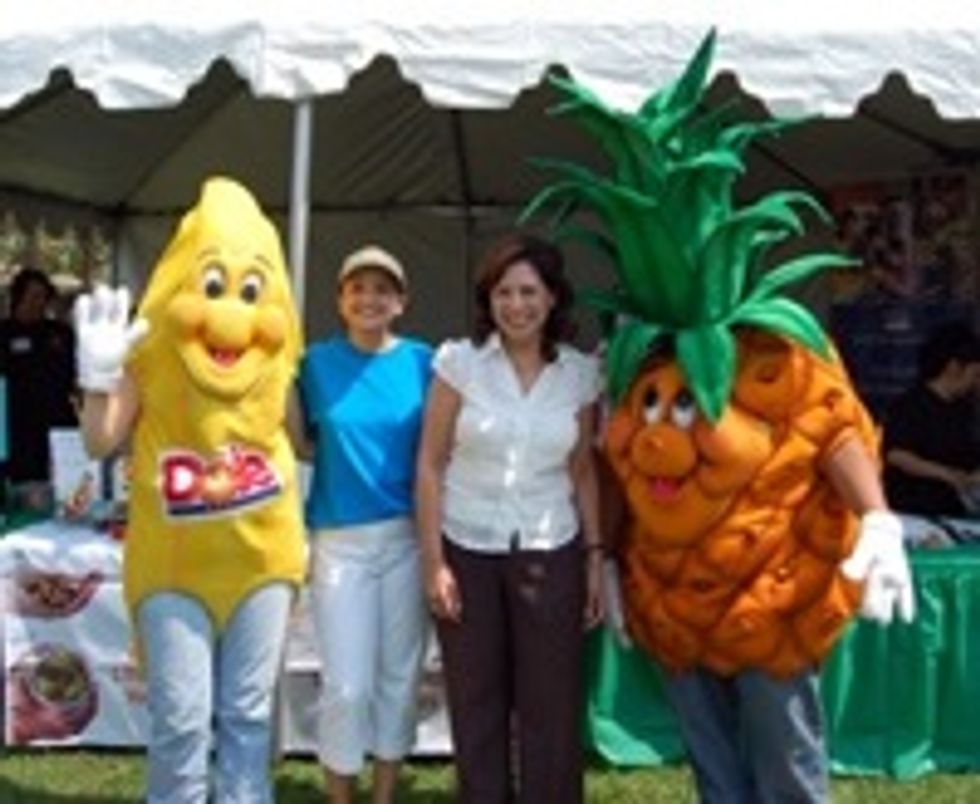 OK here is the problem with labor/union disputes: they are invariably very complicated and sort of dull to the uninitiated. The articles about these disputes are fiendishly unskimmable, and they often discuss legislation that doesn't at first glance favor one side or the other until you look into it and realize they are PURE GOOD/EVIL. Thus it is with some trepidation that we even attempt to wade into the Hilda Solis debacle.

Here is the briefest of brief recaps: Once upon a time there was this Congresslady, Hilda Solis (pictured above right, with Fruit), who was sympathetic to labor interests and in fact served on the board of some pro-labor group called American Rights at Work. ARW lobbied for the Employee Free Choice Act, which Solis also sponsored. If you do not care for unions, this is an egregious wrongdoing and a textbook conflict-of-interest case. If you are pro-union, this is not a big deal at all because Solis only served in a "well-known and ceremonial role."

Anyway, Solis was nominated for Secretary of Labor, a move which should not have surprised any Republicans, as Barack Obama made it pretty clear that he hearts unions. However, Republicans have professed shock and outrage that this terrible labor shill might get a spot in the cabinet.

Solis's confirmation has since been indefinitely delayed and an acting secretary has been named in the meantime. We will say this: finally, a cabinet nominee whose confirmation has been delayed or derailed due to some non-tax issue! A refreshing change indeed.

Hilda Solis: The Next Tom Daschle? [The Heritage Foundation]