Ladies In Uproar Over Time-Of-The-Month Science 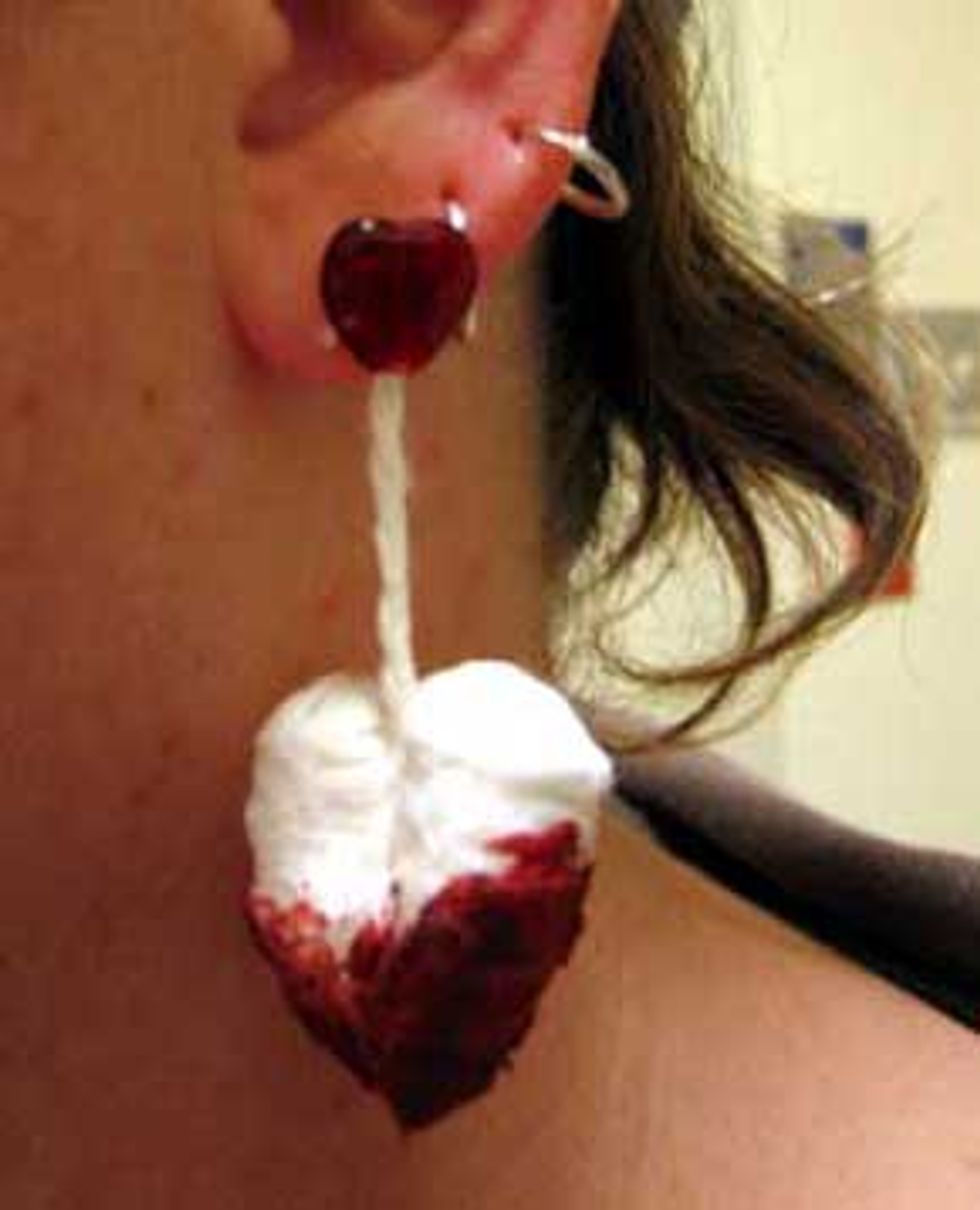 Hey fellow(ette) mom-bloggers! Has someone somewhere suggested that we have hormones, and they sometimes cause us to react or overreact or under-react differently at different times? Would you perhaps like to read aperfectly reasonable piece about some science that may or may not be flawed and then BLOW THE FUCK UP AT THE MESSENGER like a crack mom screaming at the neighbor kids that she's about to loose her fuckin' Rottweiler on 'em?* Well, CNN reported on a new study today, in a totally fair blog post that succinctly explained the study's myriad blind spots, and now the Ladiez of Twitter -- ladies we honestly admire! -- have gone totally raggo.

First, there is absolutely nothing in the CNN piece on Kristina Durante's study on voting and ovulation that suggests that women are weak little creatures who need to be protected from themselves, or that they are slave to all that estrogen coursing through their silly brainplaces. It doesn't say their ovulation makes them change their minds about their political beliefs or leanings. What the study shows is that women become firmer in their commitments to vote for their preferred candidate when they're ovulating. If they're liberal, they become more focused on voting for their liberal candidate. If they're conservative, they become more committed to picketing abortion clinics for Rick Santorum. As CNN points out, a flaw of the study is that it doesn't research men's hormones, making it sound like women are more addlepated when in fact we all have chemicals turning us occasionally Bachmannite crazy. Suggesting that CNN is an asshole that needs boycotting because it reported on a new study seems to us ... well, sort of reactionary and Bachmannite crazy!

One thing that people on Twitter especially have been focusing on is the perhaps inelegantly worded supposition that because women "feel sexier" when they are ovulating (which is perfectly true and presumably isn't controversial) ... well, something something something. See, that part of the study wasn't actually science; it was the author's supposition on why women reported being more committed to their candidates, and it wasn't that clear and didn't make much sense. If any of the ladies who are so mad about the piece have alternate theories on why women are over 20 percent more committed to voting for their preferred candidates during ovulation, they would probably be very interesting, and we would like to hear them!

(Ours is that since, yes, women feel sexier while ovulating, that translates to an increase in almost romantic affection for the people we've chosen to be our leaders, whether they're alpha male or alpha female. Think how you feel about Barry or Hillz Clinton or Old Handsome Joe. Now think about how you feel about them on those days you just happen to feel like wearing a lot of jewelry, makeup, skirts and tank tops for no reason at all except you're feeling kind of "kicky"! The author's supposition -- that liberal women ovulating want more gay marriage and birth control, and conservative women ovulating need to sublimate their desire to fuck any and everyone by voting to put a conservative patriarch in place to restrain themselves -- seems ... half-baked. But STILL NOT OFFENSIVE.)

Yesterday, we got in trouble on Twitter for suggesting that a dude who was being bizarrely aggressive to us for SRSLY no reason at all was "on the rag." He did not take kindly to our "selling out our gender" for a "zinger." But of course we meant it gender-neutrally. Men have hormones too, and those hormones sometimes make them GIANT AGGRESSIVE ASSHOLES who are calling you "dumb and angry" for joking at them about fucking POGUES SONGS FOR CHRIST'S SAKE. And you know what else? PMS exists. We have it on excellent authority. (Lindy West. And us.)

Nothing in CNN's post was worthy of scorn, and the study itself is interesting science, even if the author's conclusions may not have been actually borne out by the results she published. Ladies, ladies! Calm the fuck down! Leave the anti-science fol-de-rol for for the House Science Committee, where it belongs.

*How we know to send the kid to the corner store for Maxi Giants, and how he knows to do so without bitching lest we punch him in his stupid fucking face.