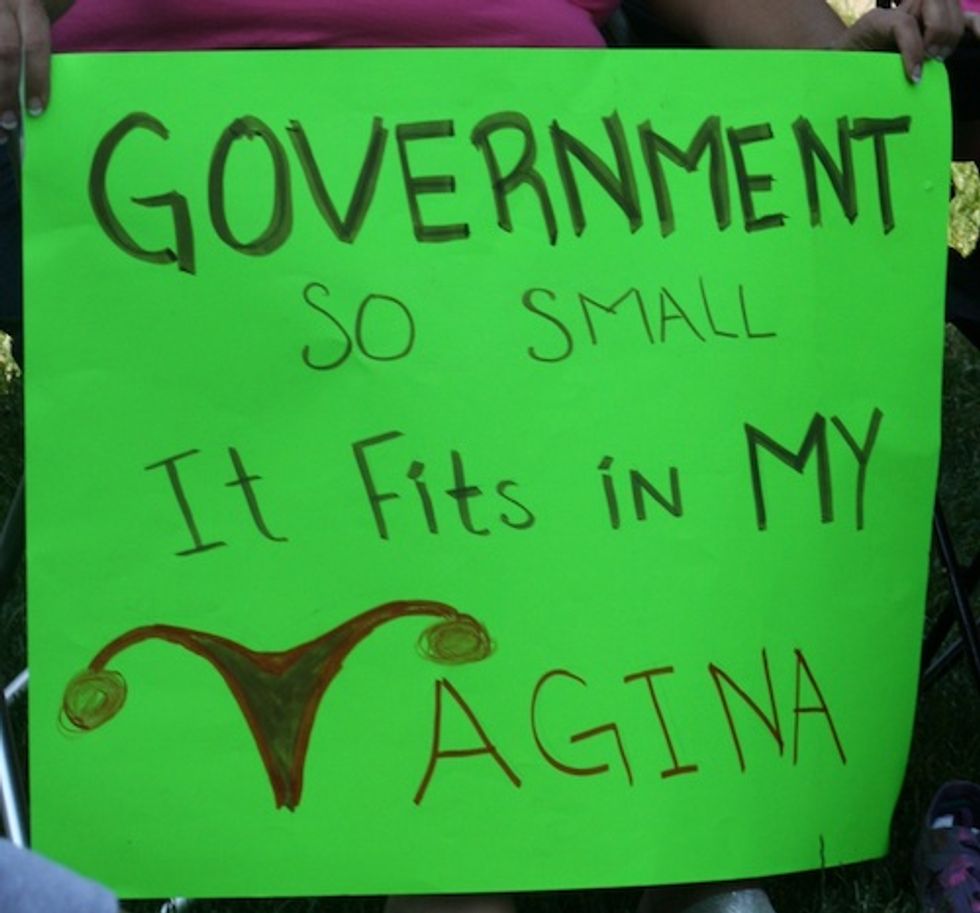 You'd think by now the Republicans would just be trying to figure out how to just take voting rights away from ladies and blahs and browns and homosexxicans rather than pretending that any part of their platform will ever appeal to anybody but angry white straight guys. But, in a testament to an absolutely blinkered level of thick-headedness, Republicans are still trying to win over the very people they loathe.

Their latest effort revolves around hoping that if they just yell "women's health women'shealthWOMEN'SHEALTH" louder and louder and over and over, somehow it will come to mean what they want it to mean, which is to say that it will no longer mean anything about babbies or 'bortions. Instead, "women's health" will become synonymous with osteoporosis, which is no doubt the most gripping health problem facing American women.

“Women’s health issues are osteoporosis or breast cancer or seniors living alone who don’t have enough money for health care,” Kellyanne Conway, a Republican pollster who helps anti-abortion groups conduct research on women’s issues, told the New York Times. Conway is advising GOP candidates to challenge Democrats who use the term “women’s health” to refer to reproductive rights, pivoting the conversation back to brittle bones and breast exams. She also wants Republicans to avoid ever mentioning the word “rape.”

Hmm. Kellyane Conway. Why does that name sound familiar? Oh, yeah, because she was a consultant to Todd Akin at the very beginning of the whole legitimate rape fiasco and compared Akin to David Koresh, except it was an alternate universe David Koresh where, instead of being a murderous madman, he was a cool dude who stuck to his principles. Oh, THAT Kellyanne Conway. We love her!

So marketing genius Kellyanne Conway, who so successfully rebranded Todd Akin from the guy that talked about legitimate rape to the guy that talked about legitimate rape ALL THE TIME is going to magically make it so when Republicans talk at you lady types about your health, you'll forget all about anything remotely connected to your vagina. Oh, and it is fine to think about breast cancer, but you most definitely don't want to go somewhere filthy like Planned Parenthood to make sure you do not actually have breast cancer. So, ladies, just worry about your precious little bones getting all brittle, and don't worry your pretty little heads about anything else, OK?