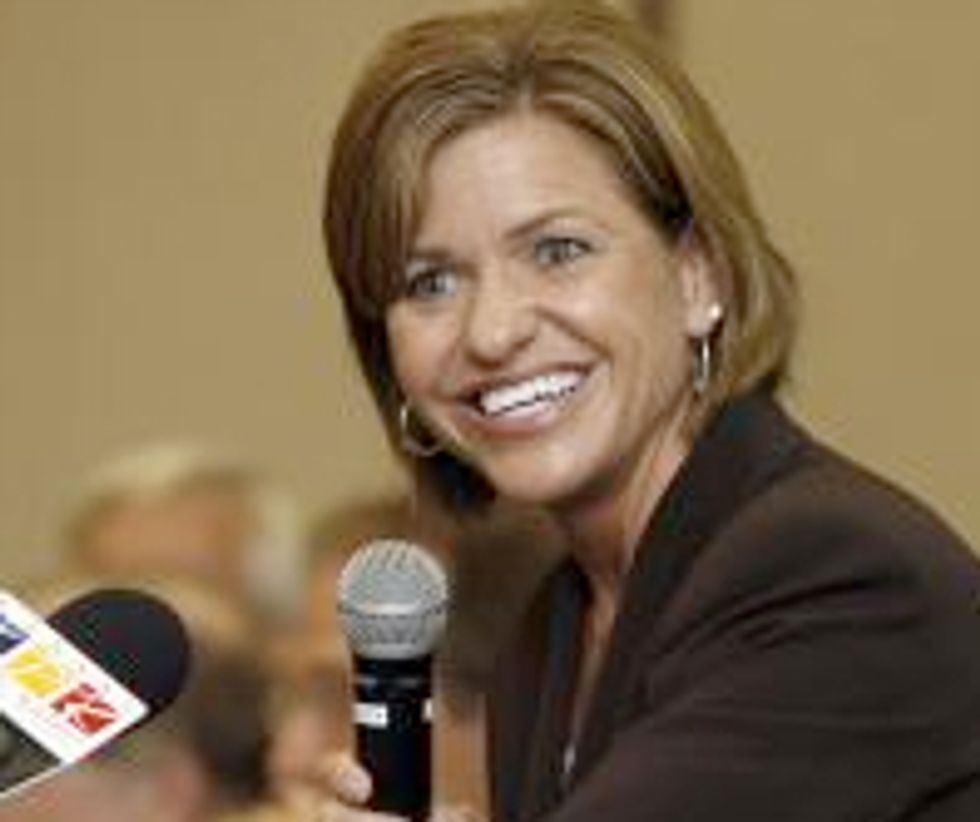 Hello, clown! What historically racist but now somewhat common although still racist thing did you say at a town hall? "U.S. Rep. Lynn Jenkins offered encouragement to conservatives at a town hall forum that the Republican Party would embrace a 'great white hope' capable of thwarting the political agenda endorsed by Democrats who control Congress and President Barack Obama." But what's funnier is that she suggested this "great white hope" should be Eric Cantor, aknown dandy. [Topeka Capital-Journal]