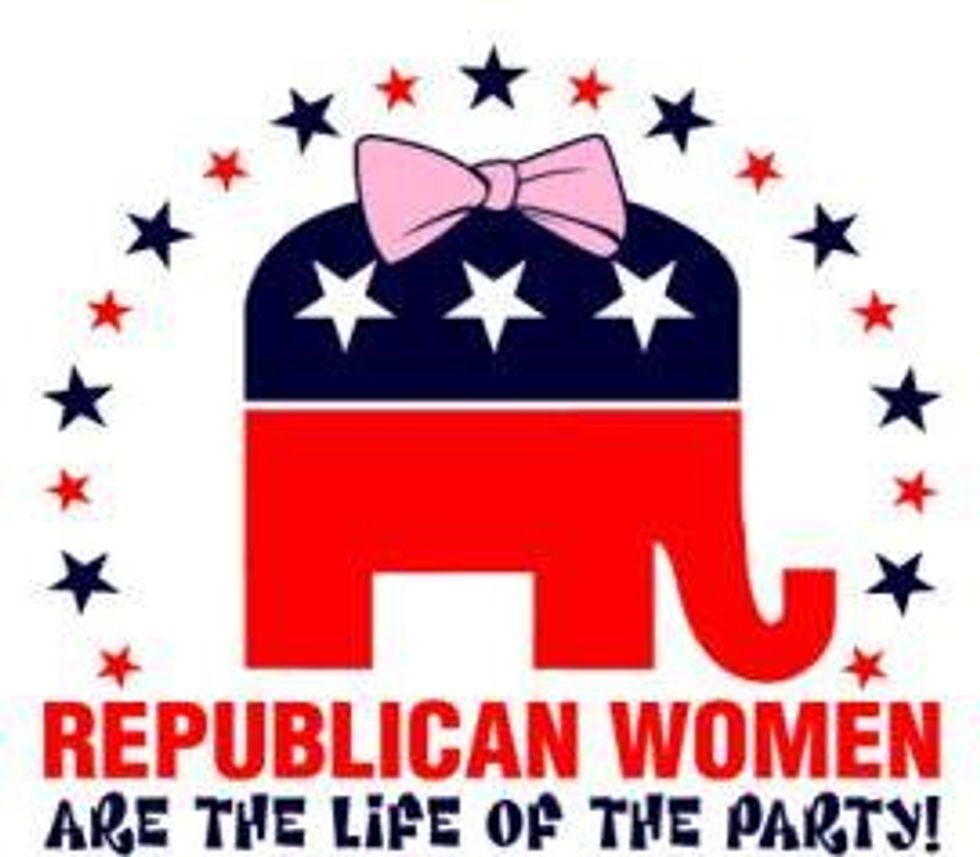 Pity the poor lady Republicans who can't seem to keep their menfolk in line. After Republicans learned the hard way that saying stupid shit about rape and abortion is not actually a winning electoral strategy (just ask Senators Todd Akin and Richard Mourdock), there was some chatter about maybe not doing that anymore. Some of the Republican women boldly said, "Um, fellas? We're with you on hating browns and poors and homosexicans, but could you lay off the vaginas please?" Especially because Republican menare so very bad at talking about how they want to restrict women's rights without looking like, you know, a bunch of sexist scumbags who want to restrict women's rights.

Women who serve the Republican cause in consultant, strategist, and staff roles grumble about what they see as an utter failure by their party’s male leadership to talk about topics related to women without making them embarrassed to mention where they work in polite company.

“It is a white hot issue, the messenger has to be very skillful. But why is it always a man? It doesn’t make it any easier,” said former Rep. Mary Bono Mack, a pro-abortion rights moderate from California. “First and foremost, if this is the charge, they would be wise to have a woman leading the effort. But most women are focused on the economy and jobs and national security and a whole host of other issues that are right now on the forefront of people’s minds.”

Obviously, since they are only women, those female Republican lawmakers do not know what they are talking about and should be quiet until the next national convention when they are trotted on stage to prove they exist and until then, they should sit down and shut their ladyholes because MEN ARE TALKING.

Presidential wannabe Sen. Marco Rubio is talking about taking all those nifty new state laws to ban abortion at 20 weeks and making it the federal law o' the land because he loves those little unborned fetuses almost as much as he desperately needs to make Republicans stop criticizing him for being a super-librul bleeding heart on immigration and to make Sarah Palin stop talking about starting a new new conservative party because of weenie Republicans like him. (Actually, no one gives a shit about Sarah Palin's latest empty threats; we just like pointing that out.)

Rubio should DEFINITELY get his fellow Republicans to talk about abortion even more because what could possibly go wrong? Except everything:

Liz Mair, a Republican strategist who has worked for prominent moderate and conservative campaigns, suggested he might be better off avoiding the whole issue entirely.

And of course there's the possibility -- hell, likelihood -- that Rubio or one of his 'bortion-banning brethren will say yet another stupid thing that will make even the lady Republicans cringe. You know, more.