Lady Scientists' Study Would Have Been Better If A Boy Wrote It, According To Science 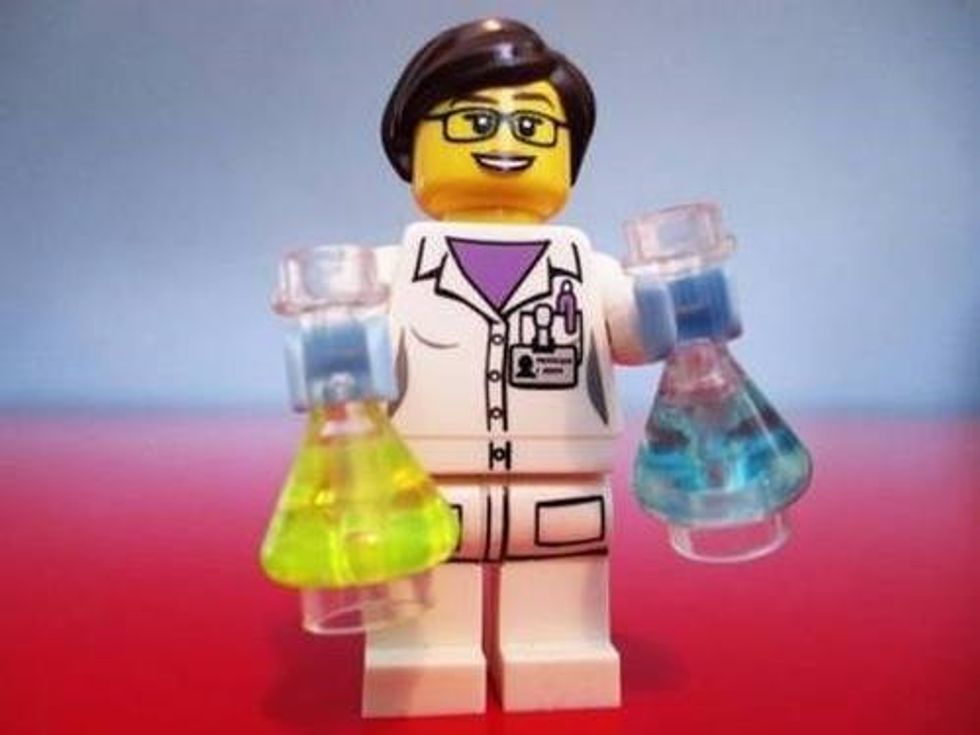 Here is some proof that sexism is still a thing, in case you had forgotten all about it. Two lady biologists submitted a paper for peer review, which is that thing scientists do to make sure they've done their science good. The reviewer had but one critique: this paper would be a hell of a lot better if some dudes did it. That was really the only criticism! University of Sussex researcher Fiona Ingleby was very surprised to hear this, and posted it all overTwitter, LIKE LADIES DO:

Yes, your eyes are not fooling you, that says that “[i]t would probably … be beneficial to find one or two male biologists to work with (or at least obtain internal peer review from, but better yet as active co-authors)” to keep those ladies from “drifting too far away from empirical evidence into ideologically biased assumptions." Also, a whole bunch of shit about how ladies just suck at writing papers, and don't get published in good journals -- definitely not because there's systemic sexism in the scientific community, of course! -- and can't even run as fast as boys.

Rachel Feltman at the Washington Postpoints out that part of the reason women write fewer papers is because, newsflash, there are fewer women scientists! Perhaps if we encouraged more women to pursue careers in the sciences, we could [yadda yadda liberal talking points, we wouldn't want to bore you].

Clearly, this is just about science though! There are holes in your study, Madam, into which male penises should be plugged! We don't know exactly what the reviewer meant by "drifting too far away from empirical evidence," but we're guessing Ingleby and her co-researcher, Megan Head from the Australian National University, had accidentally pasted some Gchats into the paper, probably about the latest fashion trends or maybe which boy scientists' butts were excellent. Maybe if they hadn't been doing that, they would have time to write better papers.

And hey, maybe there WERE some big problems with the study! We are sure this has never happened, in the history of science, to a man in possession of a dick. It's just too bad the reviewer didn't have any other suggestions besides saying that the whole thing was shit and also too bad the authors are just a couple of vagina-havers.

Ingleby reportedly didn't really feel like publicly shaming the journal in question, since she figured this is a widespread problem in science, but the publication has been identified, and it is very, very sorry:

The website Retraction Watch, however, reported that the journal was part of the Public Library of Science (PLOS) family of publications. And this afternoon PLOS released a statement. "PLOS regrets the tone, spirit and content of this particular review," it stated. "We take peer review seriously and are diligently and expeditiously looking into this matter. The appeal is in process. PLOS allows Academic Editors autonomy in how they handle manuscripts, but we always follow up if concerns are raised at any stage of the process. Our appeals policy also means that any complaints of the review process can be fully addressed and the author given opportunity to have their paper re-reviewed."

PLOS should be sorry. Hopefully, this can be a teachable moment, and the scientific community will think twice about ignoring women's research due to the irrepressible LADYNESS of it all. Or maybe they'll just keep being dicks, yes probably that.