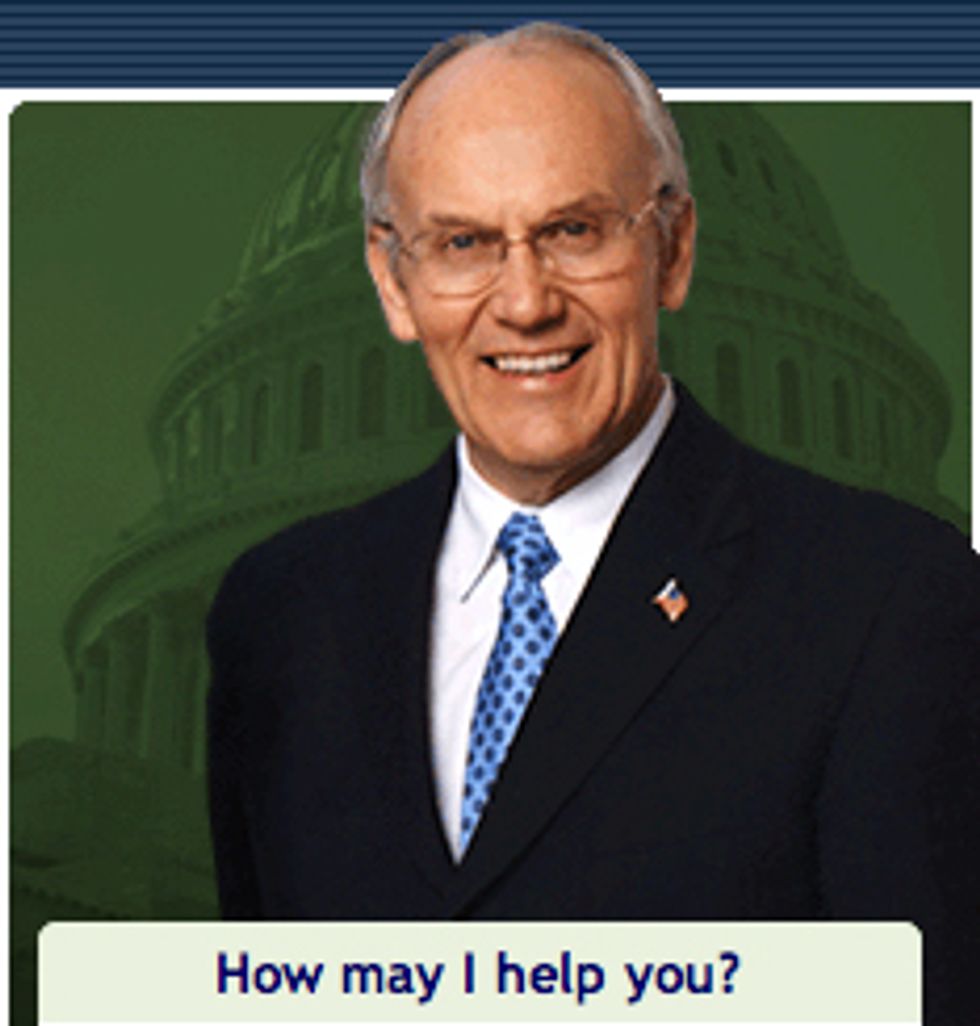 Ahh, it's nice to see America's Lawyer Class bravely challenging the fascist state's overreach with a devastating reach-around of its own: "An attorney for U.S. Sen. Larry Craig told a Minnesota appeals court Wednesday that the lawmaker should be able to withdraw his guilty plea to a charge stemming from a gay sex sting arrest because there’s not enough evidence he did anything illegal." Can you imagine being this attorney for U.S. Sen. Larry Craig? Obviously he knows that his client sucks more cock on any given trip to the airport than a large group of evangelical preachers does on a three-week sojourn to Thailand for "missionary work." And yet there he is, in court today, trying to overturn a minor GUILTY PLEA for a lame-duck gay clown. [Idaho Statesman]