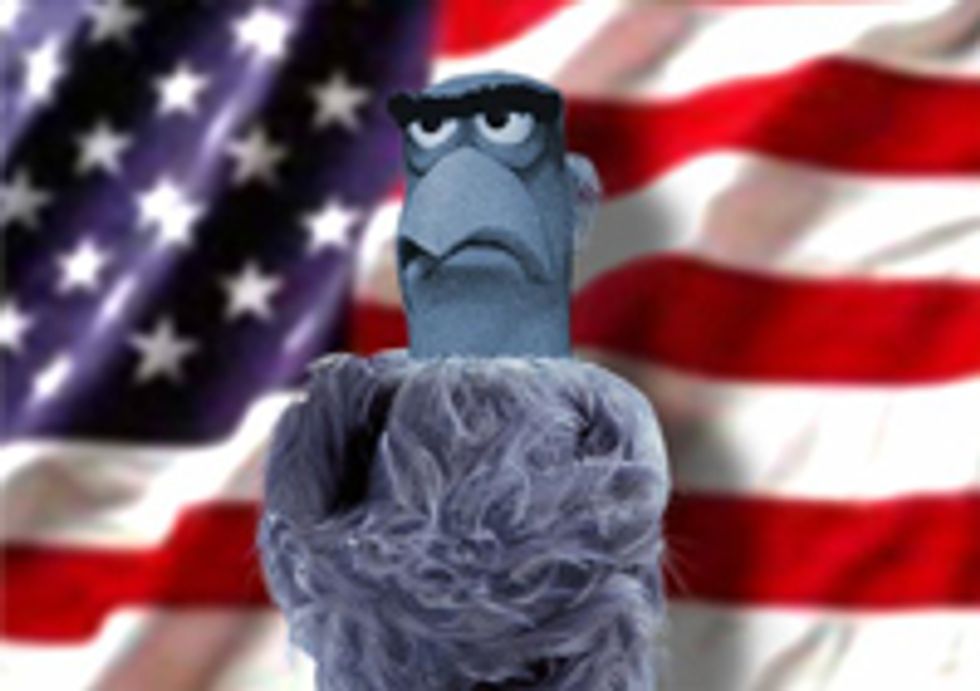 Lawrence Eagleburger served as Secretary of State under George H.W. Bush and is a serious, well-regarded Republican statesman -- so it should come as no surprise that he is secretly in the tank for Barack Obama. Eagleburger endorsed John McCain for president, as McCainfondly recalled in a meandering interview with Walter Cronkite this past weekend, and yet! This Eagle Burger obviously harbors very sexist feelings toward Sarah Palin, because he had not-very-supportive things to say about her on the socialist ham radio propaganda network, "National Public Radio."

He said "of course" she is not ready to be president, but maybe after a few years, if she had to, she wouldn't be the absolute worst president ever, but God forbid that ever happen. "Give her some time in the office and I think the answer would be, she will be ... adequate. I can't say that she would be a genius in the job." A RINGING ENDORSEMENT INDEED.

Talk of the Nation: Choosing McCain For His Foreign Policy Experience [NPR] (Click the Listen Now button, goodies start around 14:45)