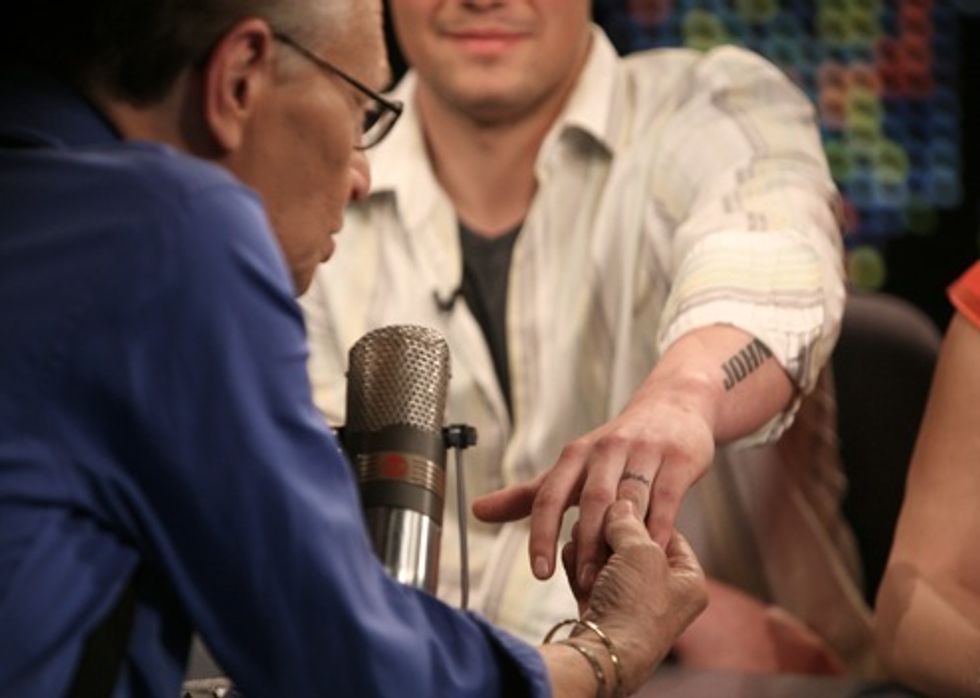 How great was Levi Johnston and his myriad singular-product-named siblings and his sketchy mom on Larry King Live Tuesday night? We are assuming the answer is "So Awesome." We'll post the video later, or not, but meanwhile here's the only image you need: Shrunken-head banality machine Larry King lovingly examining Levi's various tattoos on his left (communist) arm, including the classic "Bristol" in hippie script font on his wedding-ring finger. [CNN Photo, hat tip to Andrew Malcolm]