Larry Pratt: Guns As Much Fun For Kids As Water Pistols, Just Stain Your Clothes A Little Worse 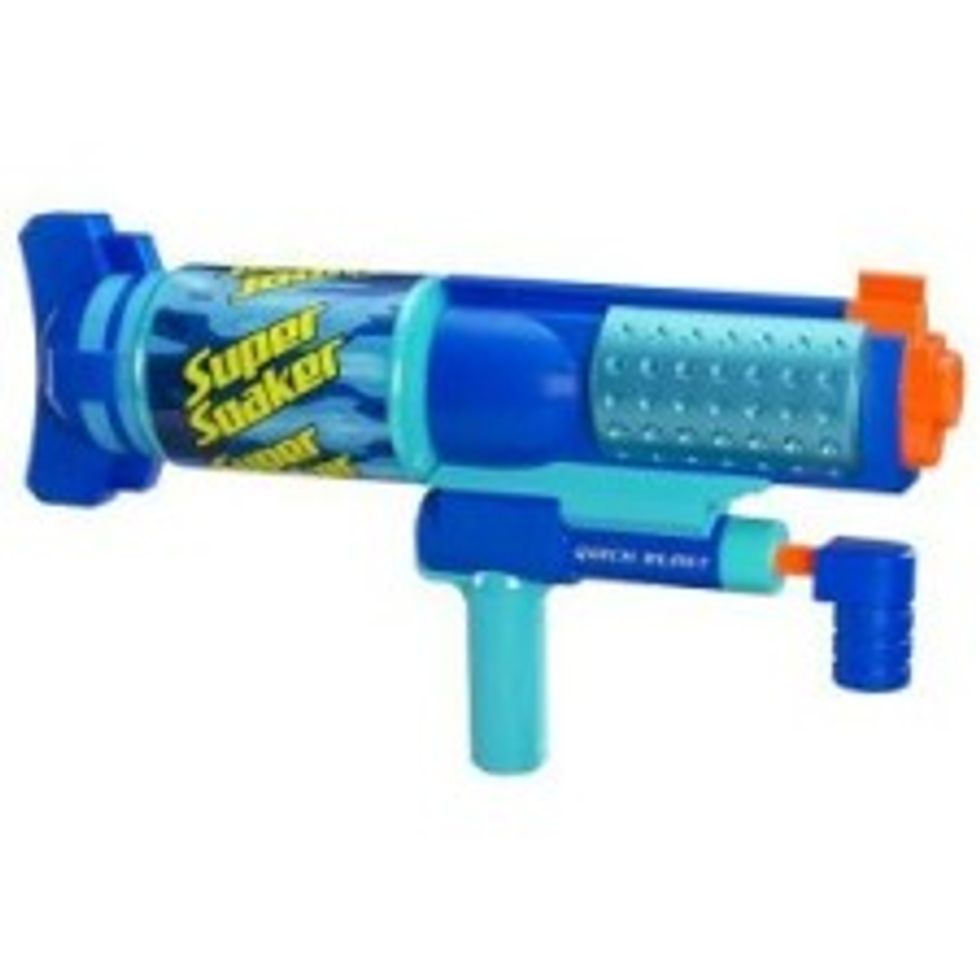 As a writer, yr Wonkette is accustomed to people asking where we get our ideas (for the record: we mix up a special cocktail of opium and despair and inject it directly into our eyeballs). We would like to ask the same thing of Gun Owners of America chairman and weeping anal pustule Larry Pratt, a man so far to the right he was once deemed too much of an extremist to chair a presidential runby Pat Buchanan, and who has a suggestion as to how folks should indoctrinate teach their kids about Second Amendment freedoms and gunz and the fun times to be had with such:

I think we have to push back in whatever smart way we can do to make sure that kids see, yeah having a gun is just as much fun as you thought it was when you were shooting your buddy with a water pistol yesterday.

Yr Wonkette thought we were supposed to teach all those little monsters with poor impulse control that guns, even handled responsibly, are still dangerous and should always be respected as such. But sure, your way sounds good too: “Remember Junior, shooting a real gun is just as much fun as shooting that Cletus boy down the way with a water pistol, only shooting Cletus will make a bigger mess to clean up. But don’t you worry about that! Just go play with this loaded 9-millimeter Beretta, and have fun because YOLO.”

Pratt unveiled his awesome idea to tub of vanilla cake batter Alex Jones, a man who has never met a gun he didn’t like, who told Pratt that the fun of having guns is you also have low crime and can sleep well at night. Yr Wonkette lives in Los Angeles and does not own a gun and we still sleep very well at night, but maybe we would sleep even better if we tried it Alex Jones’ way? We’re getting tired of the water pistol we keep under our pillow leaking anyway.