Larry 'Wide Stance' Craig Is Back! And Guilty! Again! 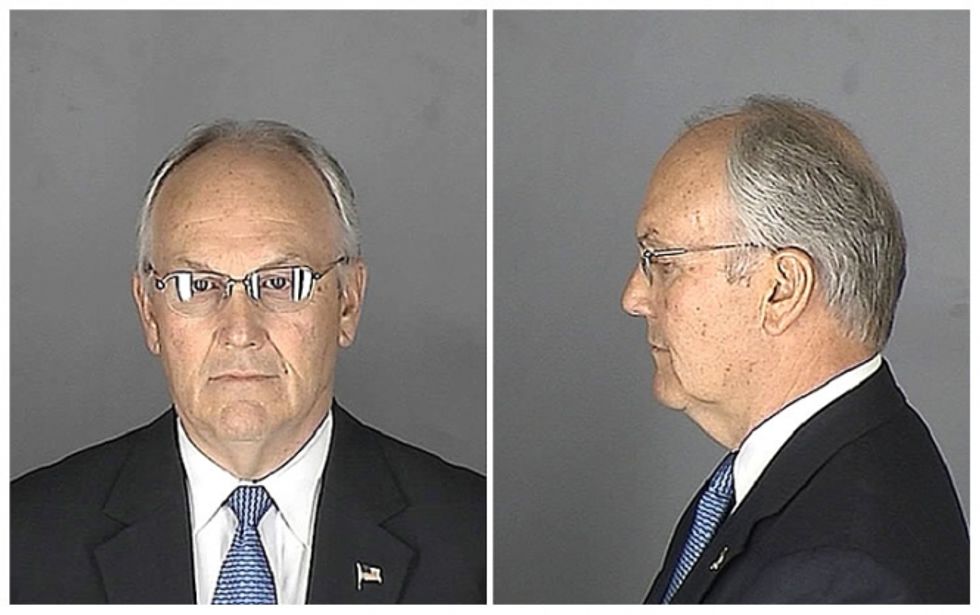 Life is full of important lessons. Look both ways before crossing the street. If you are a professional sportsball player, don’t domestic violence a woman on video. Ladies, don’t get raped. And today, we learn a political lesson: If you are a closeted Republican politician soliciting anonymous gay sex in airport bathrooms, you CANNOT use campaign funds to try to reverse your guilty plea. Who knew?!?

What did he do wrong this time? After he was arrested and pleaded guilty, Craig had a change of heart and decided to try to withdraw his guilty plea, despite the best science that says withdrawal is an ineffective method of guilt control. In order to pay for his legal defense, Craig looked around and saw a sweet-ass campaign war chest just sitting there, untapped. Never one to resist temptation, Craig went for it, hoping he wouldn’t be caught. Because why not?

Now there is a rule that politicians can use campaign funds to fight legal battles that are connected to campaign and official duties. Politicians do write the rules, after all. However, the FEC argued, and a federal judge agreed, that Craig’s attempts to engage in illicit gay sexytime in a public restroom and his subsequent attempts to withdraw his guilty plea were somehow unrelated to his official duties as a U.S.-American Senator. Shocker!

Are you too young to remember the glory(hole) that was Senator Wide Stance? It ranks up there as one of the top political-anonymous-airport-gay-sex scandals of ALL TIME. Here’s a summary from Roll Call:

Craig’s legal troubles began seven years ago, on June 11, 2007. Craig was arrested by a plainclothes police officer who was investigating lewd conduct complaints in a men’s public restroom at the Minneapolis-St. Paul International Airport.

Here’s the police report from that incident:

“At 1216 hours, Craig tapped his right foot. I recognized this as a signal used by persons wishing to engage in lewd conduct. Craig tapped his toes several times and moves his foot closer to my foot. I moved my foot up and down slowly.”

And that’s when Sen. Craig gave the most wonderful excuse of all time. He certainly was not in that bathroom for some illicit gay sexytime with a stranger. Because he is married. TO A WOMAN! Rather:

Craig stated “that he has a wide stance when going to the bathroom and that his foot may have touched mine,” the report states.

He will now be forever remembered as the Senator with the widest stance. And also the Senator who tried to solicit anonymous gay sex in an airport bathroom. But Craig would probably prefer the wide stance thing.

So now the disgraced Senator has to repay the Treasury, and even pay a fine! If he wants to travel to Washington to #PayTheFuckUp in person, we’re sure that there are connecting flights through Minneapolis. Maybe this won’t be such a bad thing for Craig after all.