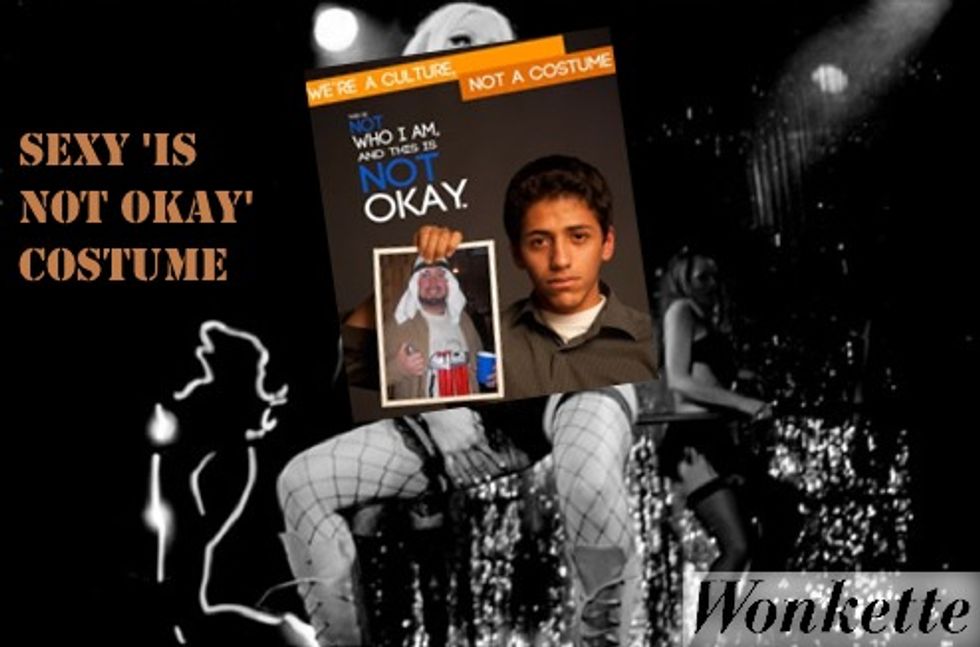 Oh oh what to "be" for Halloween this year, tomorrow, when the big party happens somewhere? This is an annual problem for America's infantile, sexually repressed adults -- when you aren't "being anything" during the rest of the year but a consumer schlub scared to death of getting fired from a job you deeply hate -- so we are here to help. For example, here's a super easy "Sexy Newt Gingrich Behind the Zoo" costume you can put together with a real-hair Newt Gingrich full-head mask from the surgery supply store and a bunch of stuffed animals you can easily find behind any hospital.

Sexy Prince Harry the Nazi: You cannot make this costume sexy, because it involves inbred English/German "royalty" and the mockery of the Holocaust. But if you wear this costume, you are an actual gazillionaire "royal," so good for you.

Sexy Marcus Bachmann: Are you a portly closeted gay man running some scam-artist "I will fix you of Being Teh Ghey" clinic, and also the beard-spouse of an insane lady who is running for president? Then you are already so sexy, all you have to do is be Marcus Bachmann, or somehow get his head onto your sexy body! The possibilities are limitless/meaningless. Do it now.