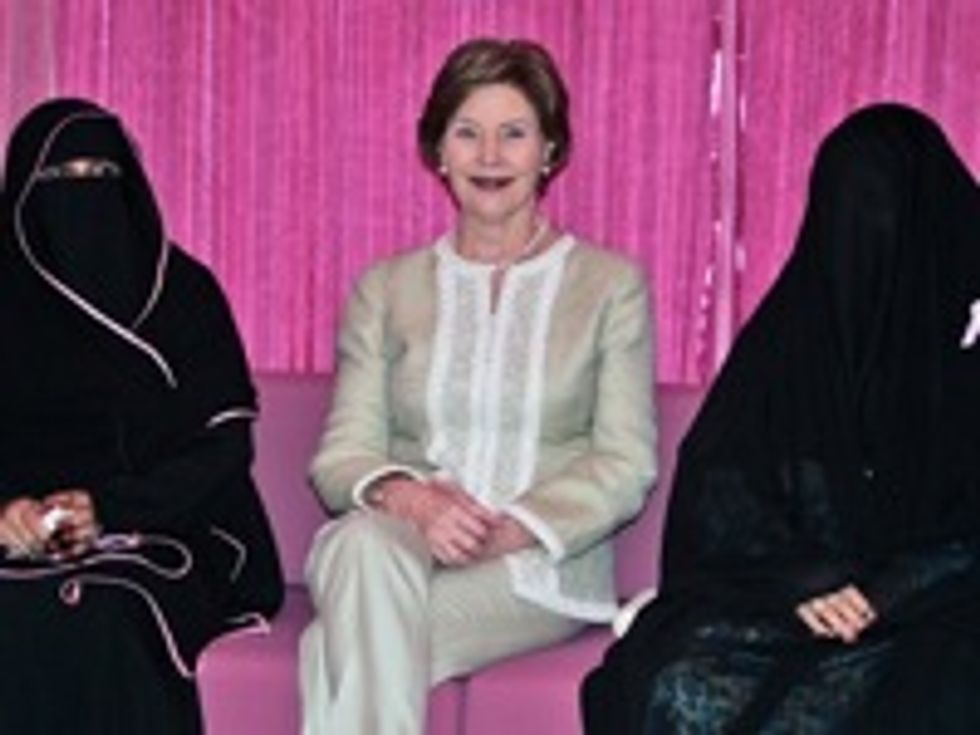 In the early 1800s, a nice nerdy Democrat gal named Laura "Matt" Welch was attending a "common backyard barbecue" in Texas when this drunk slob, George W. Bush, started grabbing her boobs and vomiting all over her. Bush made Ms. Welch become a Republican, if she wanted in on the family money, and this arrangement worked out alright untiljust now, when Laura Bush said a nice thing or two about Barack Obama and his commie speech to the schoolchildren.

Laura Bush told CNN these evil things while she was literally in Paris, France, the home of "education."

The typically reserved former first lady defended Obama's decision to deliver a back-to-school speech to students, putting her at odds with many conservatives afraid that the president will use the opportunity to advance his political agenda.

"I think he is [doing a good job]," Bush said when asked to assess Obama's job performance. "I think he has got a lot on his plate, and he has tackled a lot to start with, and that has probably made it more difficult."

Michelle Obama is also "doing great," she said, in part by turning the White House into a comfortable home for her family.

Referencing the uproar over Obama's address to schoolchildren, which will be aired nationwide Tuesday, Laura Bush said it's "really important for everyone to respect the president of the United States."

Where is Laura Bush's birth certificate?