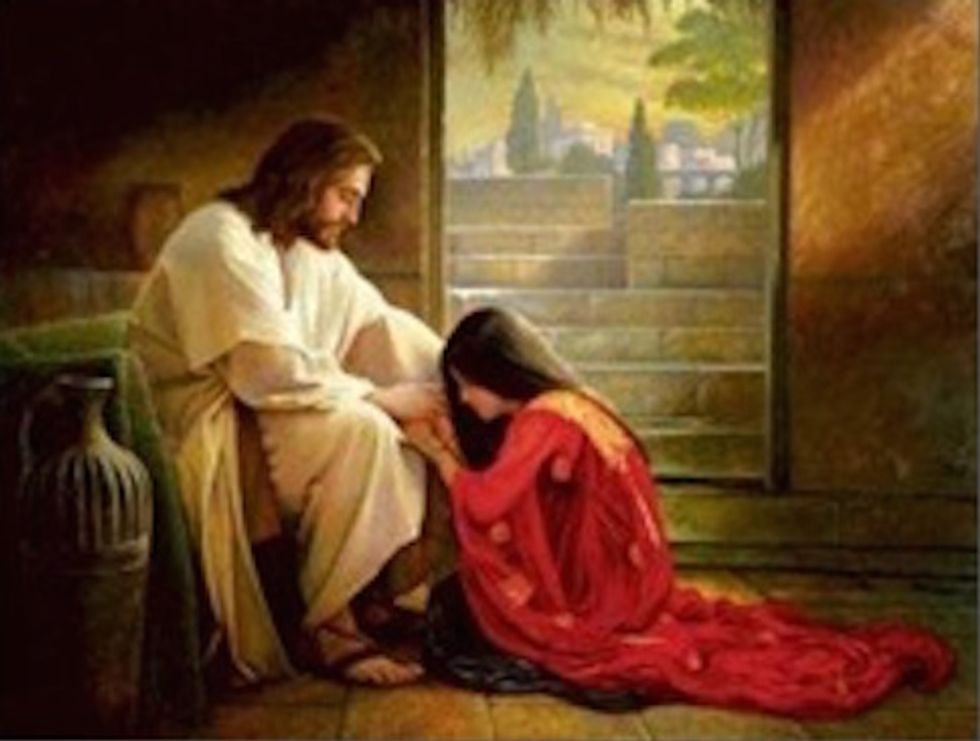 Here is a fun fact for you: "pro-lifers"? They are mostly assholes. Even the ones who don't try to murder doctors and bomb health clinics. In Washington DC, they're taking a brief intermission from crawling up your vagina with a Bible and a stern look to announce to the world that they do not give a good goddamn about the district's new dumb "law" that says employers cannot discriminate against lady workers or their families just for swinging by Planned Parenthood before yoga class:

The law, called the Reproductive Health Non-Discrimination Act, ensures that “individuals are protected from discrimination by an employer, employment agency, or labor organization, based on an individual’s or dependent’s reproductive health decisions.”

Aw hell no, we wouldn't want to do that, huh? Like, if you are a Good Christian business person, for Christ, why shouldn't you be allowed to tell an employee, "Listen, I just found out your wife is on the pill, and I don't like that so-called 'reproductive health decision,' so I'm gonna have to fire you"? Oh right, because that is ALL KINDS OF FUCKED UP, that's why. But now a bunch of jerk "pro-life" and "family values" groups -- like the Southern Baptist Ethics and Religious Liberty Commission, the Family Research Council, and Concerned Trolls for America -- have chicken-scratched a bunch of words announcing they don't care what the law says, they will break it SO HARD for unborned babies and "free speech" and other acid trip-induced fantasies about how oppressed they are if they cannot tell chick workers to pack up their novelty coffee mug and framed picture of their nine cats from their desk and get the hell out, YOU'RE FIRED, just for being a baby-killin' ho:

RHNDA prohibits employers in the District, including nonsectarian pro-life and religious organizations, from "discriminating" on the basis of "decisions" reached by employees related to "reproductive health" matters, including the taking of innocent human life by abortion.

Can't you just see the smug eye-rolling at the idea that "reproductive health" "decisions" is a thing, when really it means MURDERING BABIES! But screw you and your "decisions," workers of DC. Their letter continues:

We are nonsectarian pro-life organizations and religious ministries that make the nation's capital our home. Despite the enactment of this unjust law we will continue to hire employees who share our commitment to the dignity of every member of the human family. We will not abandon the purpose of our organizations in order to comply with this illegal and unjust law. We will vigorously resist any effort under RHNDA to violate our constitutionally protected fundamental rights.

You may recall that we told you about this new law in DC earlier this month, when Republicans in Congress were trying like hell to block the new law from taking effect, because George Washington died for our sins so some prick city worker could fire people for their legal reproductive health decisions that are none of their employer's business in the first damn place.

Speaker of the House John Boehner sobbed about the sanctity of traditional "conscience protections," and a bunch of other jerk Republicans grumbled about the First Amendment and how all these poor oppressed Christians are gonna be so even more oppressed if they can't fire chicks and the feminized men what married them, but, surprise, Republicans failed to block the bill, so now these "pro-life" anarchist thugs are just going to ignore the law. We're sure conservatives across the land will encourage local police to start shooting at them, or at least tossing their asses in jail, for their criming, because that's what you do when society breaks down and people who probably need better dads and more Jesus don't know right from wrong and refuse to respect authority. Right?