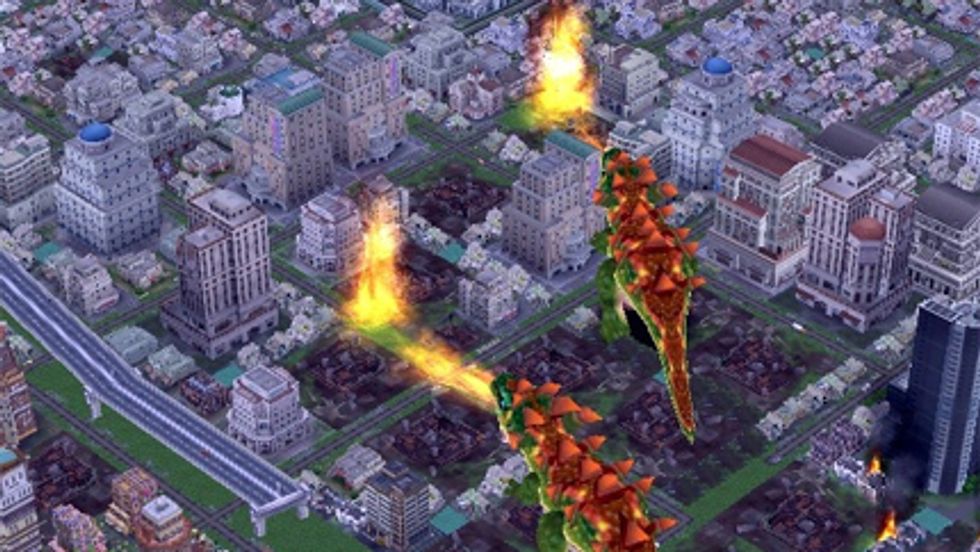 Herman Cain -- still currentlytopping the presidential polls of GOP voters -- and his half-assed economic platform of "9% income tax, 9% corporate tax and 9% sales tax" is the teatard-brained epitome of a candidate who thinks the 140-character limit on Twitter also applies to policy formulation. But mysteriously, this has not stopped the nation's fevered political newz typists from hashing out an earnest attempt to parse and analyze his numbskull proposal, instead of just laughing at it. Congratulations, you have all put more effort into thinking about Cain's platform than he did! Why say that? Because an important exposé from the child-slave-journalists at the Huffington Post reveals that all Herman Cain probably did was bother to steal the fictional 9-9-9 tax structure written by the programmers of computer game SimCity 4.

And what makes the 9-9-9 tax plan of SimCity 4 so appealing?

Kip Katsarelis, a senior producer for Maxis, the company that created the SimCity series, was excited that politicians may be looking to video games for ideas.

Adopting such a simple tax structure, Katsarelis said, would allow fantasy political leaders to focus their energy on infrastructure and national security. "Our game design team thought that an easy to understand taxation system would allow players to focus on building their cities and have fun thwarting giant lizard attacks, rather than be buried by overly complex financial systems."

That does sound like more fun than dealing with the budget deficit crisis, probably? Herman Cain, everybody, your new president of GIANT LIZARD ATTACKS. [HuffPo]