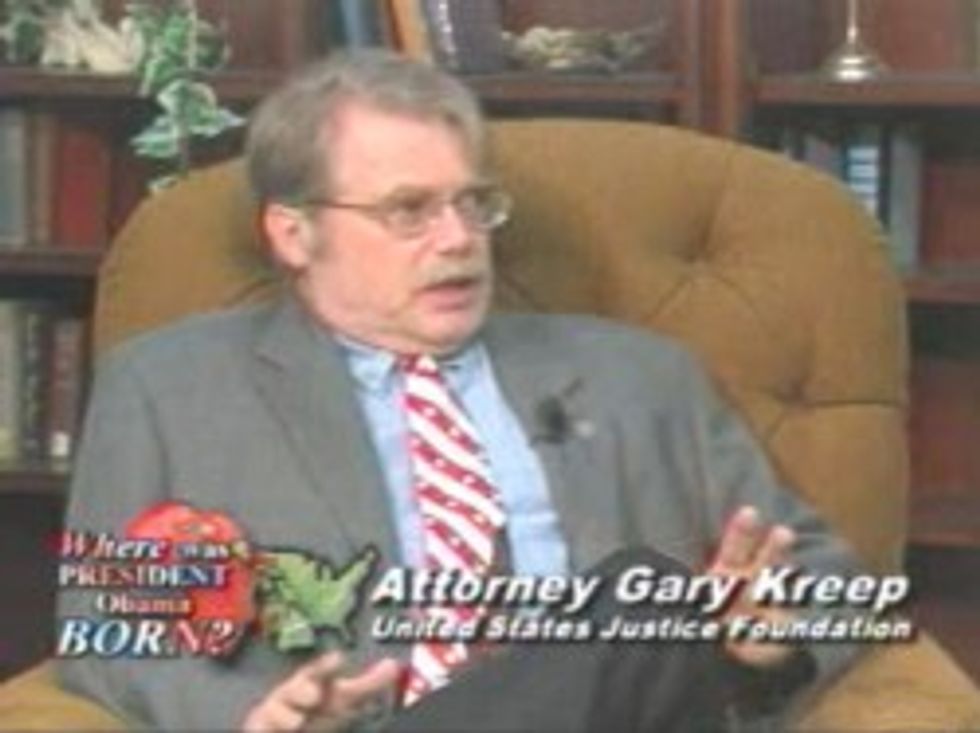 This is so interesting! Birther/Obama-suer/Taitz-feuder-wither Gary Kreep, currently ahead in a race for a San Diego judgeshipby like 1000 votes over the even more unfortunately named Garland Peed, is outspoken in the belief that President Barack Obama is a moon alien (duh), abortion must be prosecuted, and icky homosexuals do not deserve the same civil rights as the rest of us. He is also the head of lots and lots of wacky rightwing foundations. Enjoy him, San Diego! Also to enjoy? Eagle-eyed Wonkette operative Steverino247 sends along these fun financial disclosure forms showing he is taking said foundations for everything they've got!

From his law practice, over 100K per year

From his US Justice Foundation (a non-profit legal foundation), over 100K in salary

From renting property to his PAC's and the Ramona Teacher's Association (irony alert), from $10,001 to 100K.

According to Guidestar, in 2010 (latest available), Kreep collected $222,000 from the United States Justice Foundation. It must have been difficult working those 40 hours while also running two other PACs and his law practice, but we guess he is just one of those insatiable workaholic types who never sleeps. Like Martha Stewart, but with insane lawsuits against the president instead of centerpieces and high-Wasp sheets. [SDCityBeat/SDVote]