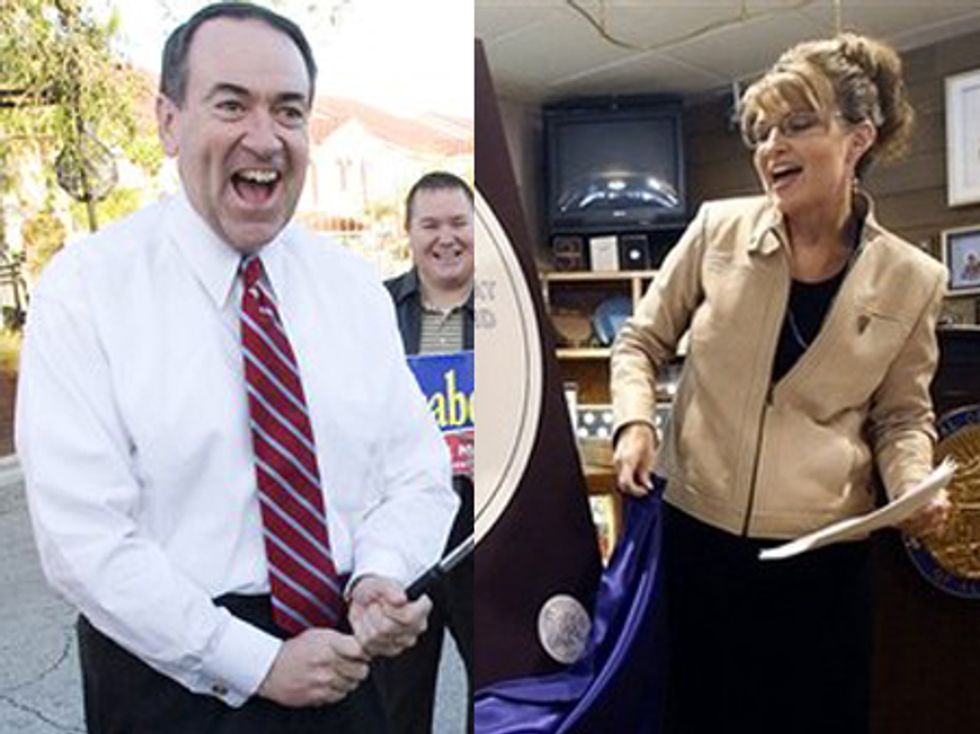 According to Frank Bailey'sleaked tell-all book, Sarah Palin's inner circle didn't believe she had a chance at getting the vice-presidential nomination in 2008. That didn't mean they didn't think she was right for high executive office; in fact, they worked with and fed information to a college student who ran a Palin-for-president website, and one of her advisors wrote in an e-mail that a McCain-Palin ticket would mop the floor with an Obama-Kathleen Sebelius ticket. But Palin didn't support John McCain. In the 2008 primaries, her heart was with down-home Mike Huckabee and his popcorn-popper squirrel cuisine. According to the book, Palin voted for Huckabee in the Alaska primary and later supported him to be the McCain ticket's vice presidential nominee.

So what will happen if Palin wants to run for president now and Huckabee does too? Will she abandon her bid and support him? Well, no, of course not. She will probably treat Huckabee running in 2012 as a personal slight and accuse him of trying to rape her children by being in the race. Yeah, that's how she comes across in this book.

But perhaps Palin and Huckabee can run on an Arkansas-Alaska hick unity ticket. Rights for none! A plastic grocery bag of caribou and muskrat jerky in every pot! And just as much foreign-policy expertise as the bag of jerky!