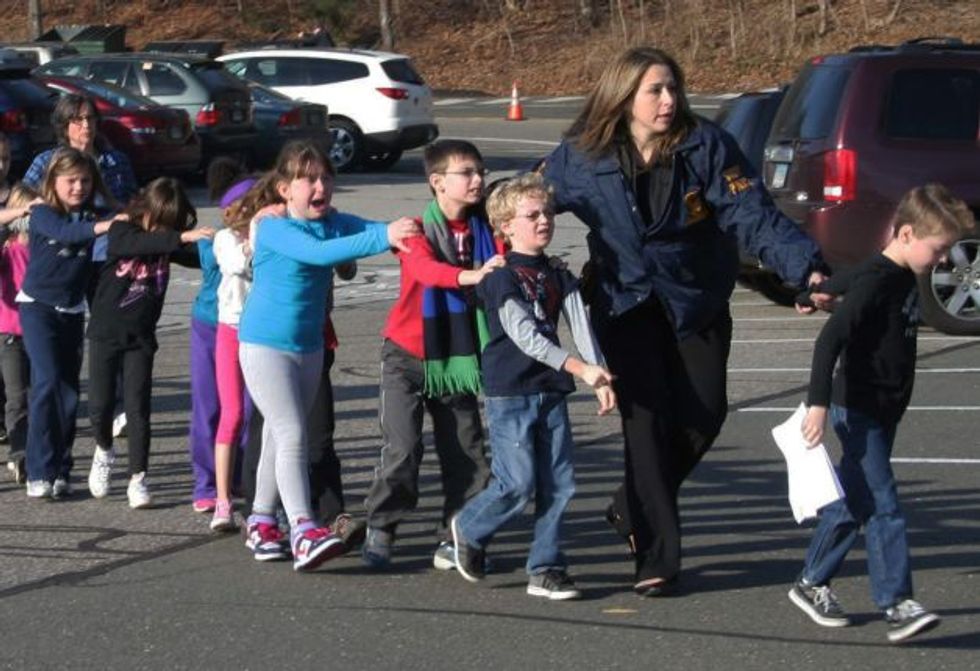 Mass shootings! It is like, they are everywhere, lol! And when someone comes at you with 14 guns and 5,000 rounds of ammunition right after they got out of prison for murdering their wife and inlaws, because seeing if someone is a law abiding citizen before selling them weapons discriminates against people who are law abiding citizens (MATH SCIENCE OF WORDS!), well, you are probably going to die! Hey what can you do, right?

Well, according to ABC "News," there are 11 things you can do, because it is ever so much easier to survive a mass shooting than it is to do something about it that poll unskewer Heidi Heitkamp's constituents do not like.

One of the things ABC says to do is run.

Then it says to hide.

Then there are four different ones out of 11 telling you to fight, so we feel like maybe this should have been Eight Weird Tricks?

So this is a pretty fucking stupid list! Let us see if we can come up with some better tips for how not to die in a mass shooting!

Cool, and now you are only mostly dead.