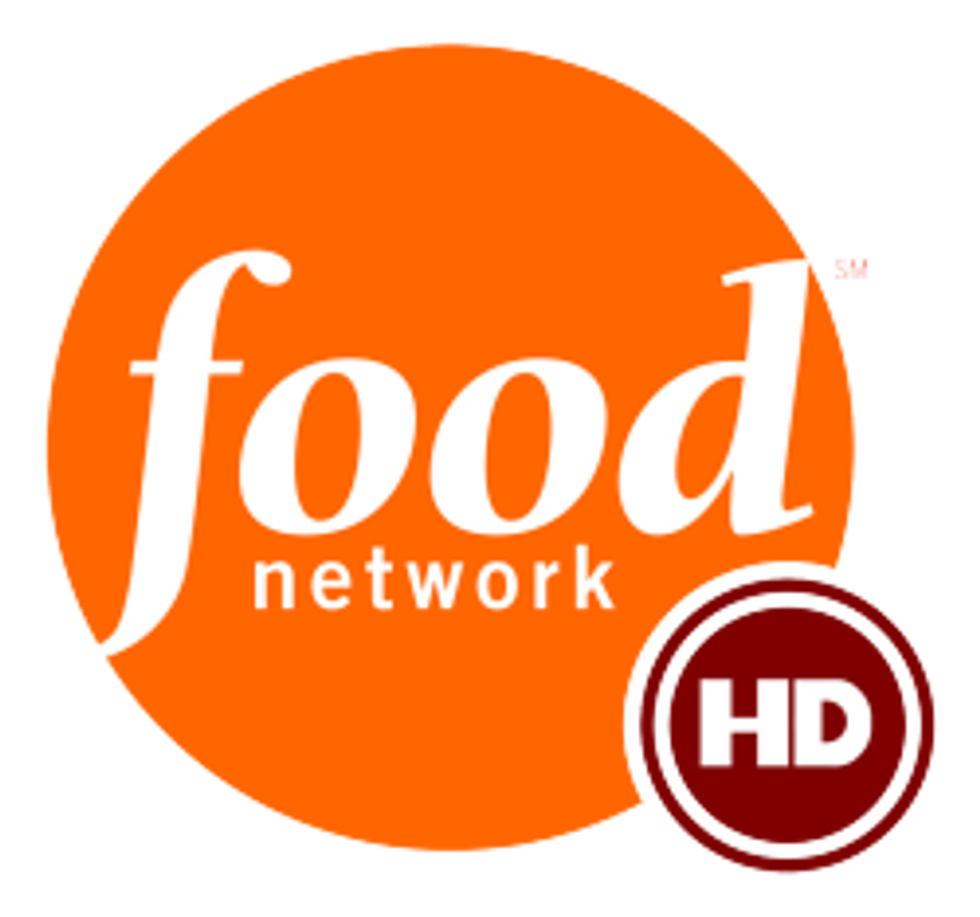 Hide your children. In fact, you might as well just pluck their eyes out with a spork, because America is becoming Sodomed and Gomorrahed all over the place. It’s like now that the Supreme Court thinks that gay people are actual people with actual rights, everyone is going to start treating them as "boring normal people" and suchlike, and letting them loose upon our society like some kind of well-manicured plague of actual beingness. The latest to have theirInnocence. Lost.? None other than some whiny baby from the Catholic Family and Human Rights Institute, Mr. Austin Ruse, on the American Family Association radio program, Bigots Today. He was watching an episode of Chopped on the Food Network with his sweet innocent daughter. Then, the nightmare played out in slow-motion:

“So I didn’t have my hand on the trigger fast enough when they did a hard cut to a backstory about this lesbian chef and don’t you know it she’s got her arm around her ‘wife,’ she refers to her ‘wife,’ and I was too slow in fast-forwarding. My eight-year-old Lucy, sweet Lucy, turned to me and said: ‘Did she say wife?’”

THE HORROR. And poor, sweet Lucy. Let’s explore more of this horrible horribleness, which is worse than using All Purpose flour when the recipe CLEARLY called for BREAD FLOUR!

“And I said, ‘No, I think she meant girlfriend.’ And Lucy said, ‘I think she said life.’ God bless the innocence of this child. But they will not let us off the mat, the ideologies who want to cram this thing down our throats no matter where we go.”

Second, did the lesbian win the episode? We never found out, because apparently exposing a child to people who are different from you is cramming ideology down your throat. Dear god, what would happen if this guy accidentally watched BET or Univision!?! His kid would be exposed to all kinds of different people, with their hippity-hopy music or their sombreros or soccer that they call football, or other racial stereotypes we can’t be bothered to think of. Maybe Austin Ruse should stick to continuous viewing of the 700 Club or Leave it to Beaver or early episodes of Friends if he doesn’t want his kid exposed to Things That Be Different.

But wait!! It gets better worse:

“The day after the decision of the Supreme Court was a full page photograph of two men kissing on USA Today. This is a paper that lands in front of hotel room doors all over the country, this is vacation time, families open that door, children may have opened this door to see two men kissing. They are making us explain things to our children that we don’t want to explain and they know what they’re doing, they absolutely know what they’re doing.”

And you thought we were kidding about the whole sporking out their innocent eyes thing, didn’t you? Because pictures of two men kissing will immediately lead all children to catch the gay, and perhaps sweet innocent Lucy will throw down her Disney Princesses (the White ones) and demand to play softball, go to Indigo Girls concerts and become obsessed with Xena the Warrior Princess and Buffy the Vampire Slayer, all because USA Today is just another patsy in the Big Lesbo-genda (circa the late 90’s, based on our pop culture references).

It’s a brave new world out there, with homos acting like they can be homos just because they can get hitched and get federal benefits like non-homos. The news media (if you can rightly call USA Today news – media slam!) is just taking their side by reporting on the news and using images to add visual effect to the news, with willful disregard of the innocence of children who might be exposed to reality.

As for explaining it to your kid, imagine how hard it is for hippies and gays to explain to their kids about assholed bigots like you. We don’t want that burden, yet you keep spouting out word-filth from your disgusting facehole, and somehow we manage.

Yep, we are definitely skipping towards gomorrah as a country, and it must suck royally to be an ass-backwards bigot who can’t handle such changes, eh, Austin?