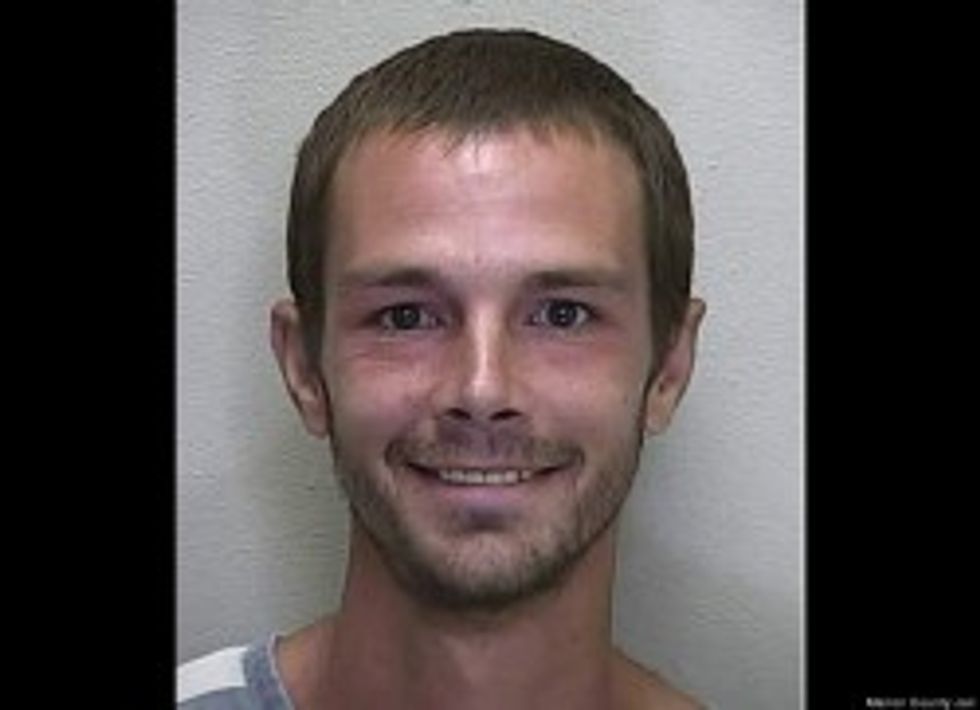 In all seriousness, Wonkette people, today has been awful when it comes to The News. America's every-other-day massacre was particularly horrible and heartwrenching today, as news came out that twenty-seven people, mostly kids,were gunned down in an elementary school in Connecticut. Gun rights enthusiasts are, of course, screaming TOO SOON and THE BODIES ARE STILL WARM and WON'T YOU ALL PLEASE THINK OF THE (dead) CHILDREN, because in trigger-happy America, they know that by the time it's not too soon and the bodies are not warm and stuff, there will be a new TOO SOON, etc. But anyway, it is Friday afternoon, and this day sucks, so let's all warm our collective hearts with a sweet story about a donkey named "Doodle" and the boy, Carlos, who loves her just so much:

A Florida man accused of having sex with a miniature donkey named Doodle is protected by the United States Constitution, his lawyers say.

Oh fucking hell, this is not a sweet story at all, and our hearts go out to the family and friends of "a miniature donkey named Doodle." It is, of course, TOO SOON to talk about reforming our man-mini-donkey sex laws to make sure that people like this get the treatment/therapy they need while also protecting the sanctity of Doodle's diddleparts, SO DON'T EVEN START, commenters.

Carlos, what is your explanation for this little incident?

The accusations stem from an August incident in which a witness reportedly saw Romero with his pants down “up against the rear of the donkey," according to the Smoking Gun.

Romero reportedly stepped away from the donkey

Step away from the donkey.

and pulled up his pants when he saw the witness.

Okay. First off, who that is older than twelve refers to his down-theres as his "privates?" Second of all, do we even know what Doodle was wearing at the time, because in White Male GOP 'Murka, SHIT LIKE THAT MATTERS, and besides if Doodle didn't want it, the minidonkey body has ways to shut that whole thing down, and the people said, "Amen."

Third, in what universe are we pretending that this is not commonplace in that part of the country? This happened just south of the area this particular Wonket's brother not affectionately at all refers to as "Flor-gia," and it is very much The South. This seems to remind us of another Doodlefuck incident from a few years ago where a certain Neil Horsley (haw haw) was running for governor of Georgia and caused quite a little kerfuffle when words about his own love life started to leak:

Last night, anti-abortion extremist Neal Horsley was a guest on The Alan Colmes Show, a FOX News radio program. The topic was an interesting one - whether or not an internet service provider should allow Horsley to post the names of abortion doctors on his website. Horsley does that as a way of targeting them and one doctor has been killed. In the course of the interview, however, Colmes asked Horsley about his background, including a statement that he had admitted to engaging in homosexual and bestiality sex.

At first, Horsley laughed and said, "Just because it's printed in the media, people jump to believe it."

"Is it true?" Colmes asked.

"Hey, Alan, if you want to accuse me of having sex when I was a fool, I did everything that crossed my mind that looked like I..."

AC: "You had sex with animals?"

NH: "Absolutely. I was a fool. When you grow up on a farm in Georgia, your first girlfriend is a mule."

You see? In that part of the country, your first girlfriend is sometimes a mule, your second girlfriend is a big melon of some sort, and once you've gone through that break-up, you graduate to mini-donkeys. This is because there are no girls in Flor-gia, and really we should just be glad that Doodle wasn't a boy mini-donkey, because this is a Christian nation after all.

I hope this story warmed your hearts and distracted you from today's horror for like five minutes, so anyway, bye. [Huffington Post]