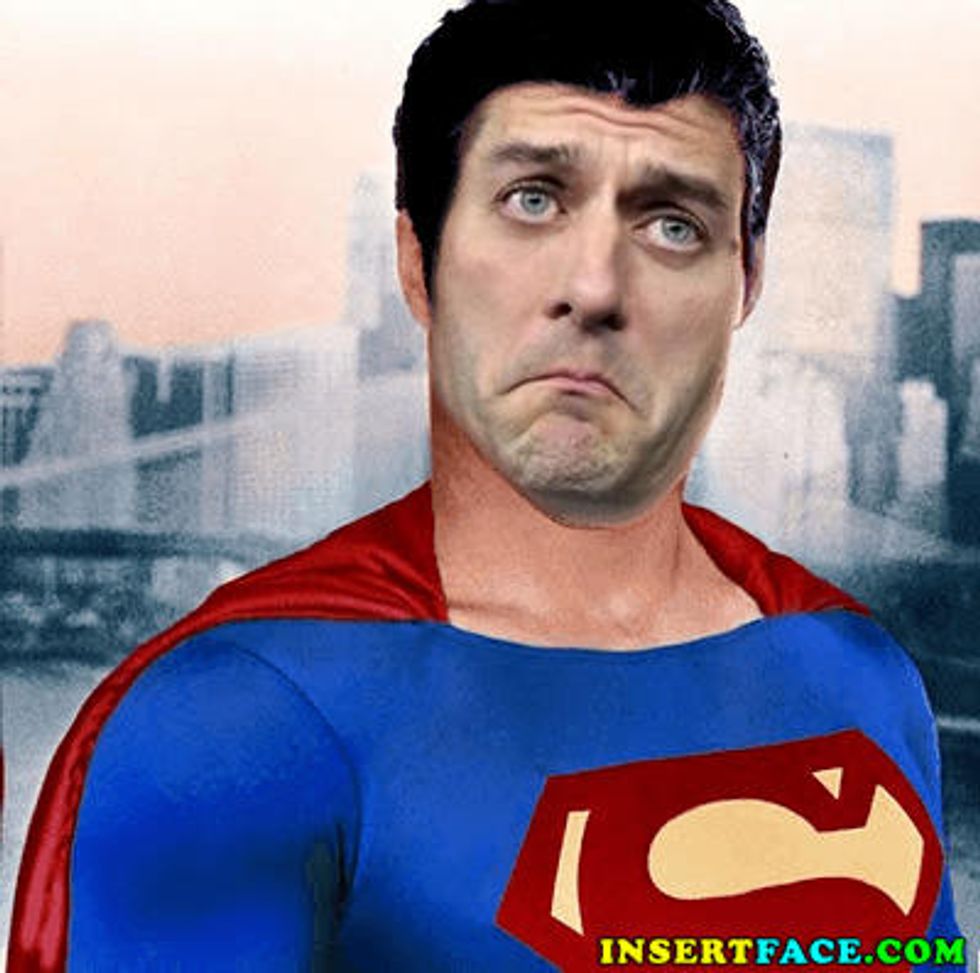 For many years now, the people on the tee-vee keep telling me that Paul Ryan is a for real MATH GENIUS and a POLICY WONK. Tragically, I have been deprived of seeing this in action, as all budgets I've seen that he's made are actually terrible and not good at all. Weird!

Thus, I was very excited to see what Ryan's "A Better Way" plan entailed, so that I might see this prodigy in action myself. I'm sure you are all on tenterhooks, also. And surely, this Paul Ryan, with his newfound interest in helping the poor and giving speeches in front of groups of black people, will be knocking us off our collective feet! Probably, he has figured out a way to make sure everyone gets health care, a way to make sure poor people get food and housing, and also figured out how to fix the economy, national security, tax reform and everything else in the whole darn country! You know, because he is a genius and has been working on this for a very long time.

Thankfully, he launched a website to offer his plan to we the people.

First, his plan for the tax reform! Bet there is a lot of good stuff here!

Weird! OK! Let's hear what he has to say about the economy! Probably A LOT, because he is the King of Math.

Not that either. BUT WHAT ABOUT HEALTH CARE?? I mean, he and his fellow Republicans have had 8 years to come up with an alternative to Obamacare, right? And sure, it's tough because Obamacare actually was their alternative to Single Payer for like, almost 30 years! After all this time, surely they have come up with the BEST HEALTHCARE PLAN EVER. Especially with Paul Ryan being such a policy wonk! So, let's all brace ourselves and take a look at this genius plan! I am so ready to be blown over!

WELL, this is just not fair. Doesn't Paul Ryan have anything to say about ANYTHING other than "confidence"? This is so not fair! And we were so excited! OH! Wait! I found something! He does have some things to say about poverty! Let's take a look at those!

Oh! And how will he do all of this? WELL, uh, he's gonna "rein back" those Dodd-Frank regulations, for one. Because that is a thing that is good for people who love predatory lending, I guess! Also he is going to make it so people on public assistance go get jobs instead of relying on that public assistance! Especially all those work-capable adults with no dependents who totally refuse to work and just live like kings and queens on SNAP benefits, eating piles and piles of king crab legs all day while the rest of us wageslaves have to actually work for a living!

I mean, sure! 75% of those who have relied on SNAP have had a job either the year before or the year after relying on those benefits, and 43%-58% of them are currently working depending on what studies you look at. Also, able-bodied adults with no dependents are only even allowed to receive SNAP benefits for three months total every three years without meeting work requirements, and all work-capable SNAP recipients are already required by law to take any job they are offered. But yeah, clearly, this is a huge problem -- or rather, the Right will continue to believe that it is a huge problem until they literally get to see some poor people starving in the streets, regardless of what sorts of poverty-inducing restrictions are implemented into public assistance requirements. Thank goodness Paul Ryan is here to try and solve it! And all the other problems! Sometime later this month!