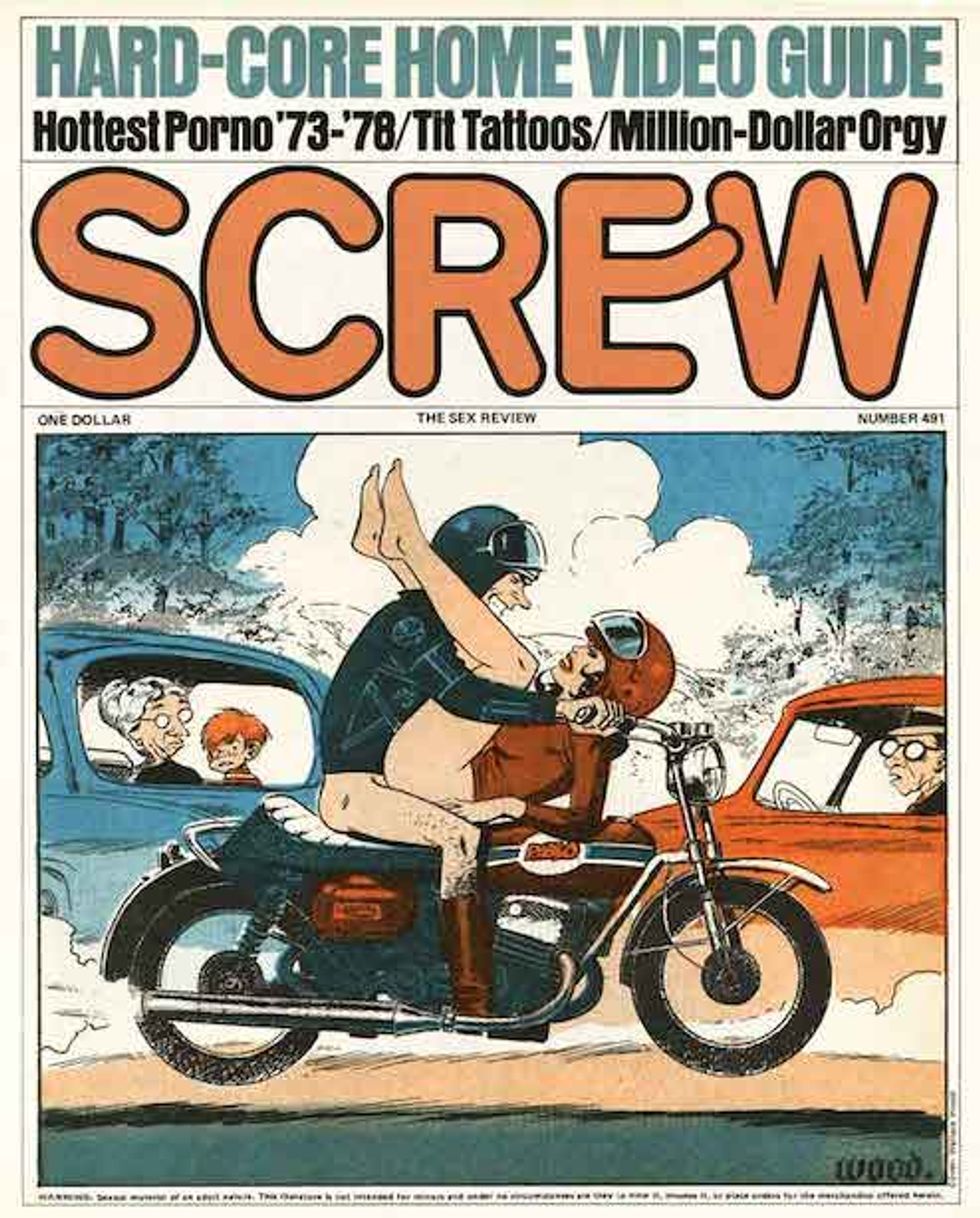 Al Goldstein, reporter, publisher, incessant litigant, and pornographer died today at age 77. Goldstein was the mastermind behind Screw magazine, a lad mag that was defiantly unacceptable. Screw didn't want to be Playboy, with its John Updike interviews and jazz festivals. Screw began in 1968 with a fuck you manifesto to end all fuck you manifestos.

"We promise never to ink out a pubic hair or chalk out an organ," the magazine's manifesto read. "We will apologize for nothing. We will uncover the entire world of sex. We will be the Consumer Reports of sex."

Actually, the "Consumer Reports of sex" doesn't sound all that baller, now that we think of it, but you get the picture. Screw had no airbrushing. No pretending. It did actually have Consumer Reports-style assessments of things like the best jerk-off techniques and guides on how to cheat.

During its heyday, Screw gave the world a signature visual style shaped by people like Robert Crumb and Art Spiegelman, both of whom would go on to much more critical acclaim and respectability, but Goldstein never seemed the least bit interested in the trappings of acceptance.

Long before Larry Flynt starting stirring shit, Goldstein was on point as the guy that would go balls out for First Amendment rights, but he never gave you the luxury of believing that he really had noble goals in his discourse.