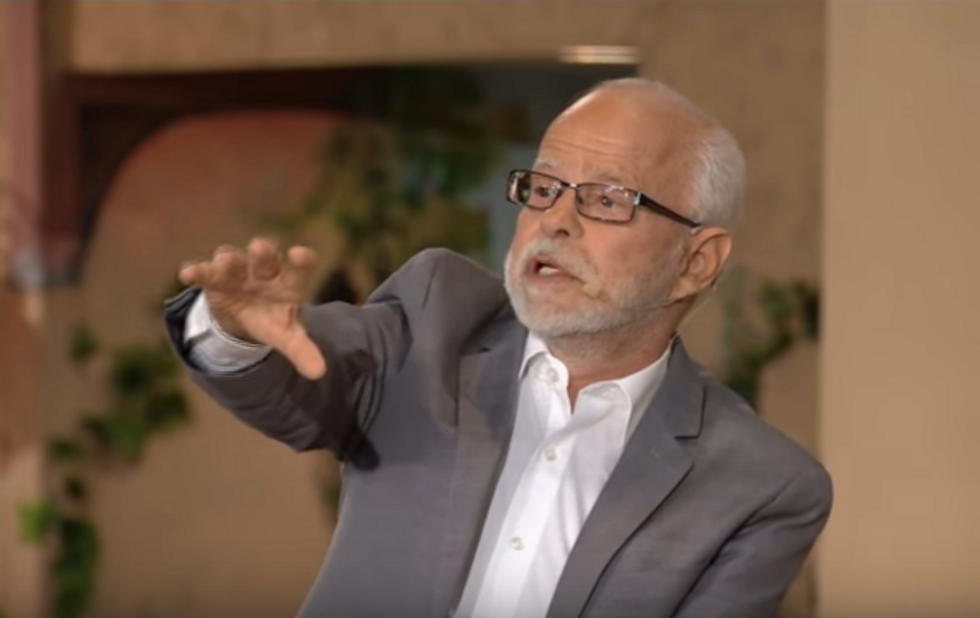 Hey! Did you participate in any of the Women's Marches? You did? Us too! I have some sad news for all of us though -- as it turns out, we are possessed by evil demons. Evil demons that turn the televisions from Fox News to one of the "liberal media stations" with our evil demonic powers. Or something!

This is all true, at least according to professional grifter and ex-con Jim Bakker and his friend Billye Brim, who experienced said demonic forces with their own demon-feeling sensors that they have.

You see, good ol' Jim Bakker was in Washington, for the Inauguration I guess, where he "could feel the presence of God." BUT THEN, the next morning, he woke up, and "the women came to town" ("filled with demons!" added Brim) and he felt “the most evil spirit I’ve ever felt!” And the channel was changed from Fox News! "And all the places where all the Generals of God had been sitting, was WOMEN, women, women in pink, women with..." he couldn't bring himself to say it, so Brim had to interject again -- "CAT EARS."

Jim Bakker, by the way, knows what all that is about, but he's not going to tell you because it's DIRTY. "Filthy dirty!" Even though it is meant to reference something his beloved God-appointed president said about "grabbing women by the pussy." That's fine, grab all the pussy you want, just don't wear a hat with cat ears on it!

Later on, Brim went on a tangent about how Trump supporters were light and the opposition were filled with darkness. Then, she explained that she and her people are going to go to Washington for "Authority Conferences" where they will all sit and use their magic powers to "actually control the demons that were in those women."

What they plan to make the women-demons do, I am not sure! I guess probably they will not be commanding the demons to knit, that is for sure. I guess they think they're gonna sit around and do an exorcism, and then all the women who don't like Trump will magically like him? Because they won't be possessed by demons anymore?

Was It A Good Idea For Tennessee Yarn Shop Owner To Piss Off Feminist Knitters, Y/N?

Feminist knitters are basically all of the knitters.

My question is, if they've had the power to do this all along, why haven't they done it before? Like, why hasn't Billye Brim exorcised me yet? She's just been letting me go on all these years, possessed by a demon that makes me want reproductive rights and equal pay, and only now that I am opposing Donald Trump does she care? That's awfully rude!

Honestly though, this is maybe the best and most hilarious video I have ever watched, and if someone could make it into a song for me, I would very much appreciate it. Please, internet, make it happen. I have been so good. Outside of the whole being possessed by a demon thing.