Let's Learn About The Mitt Romney BFF Who Wants To Steal A Public Park, Secede From Michigan! 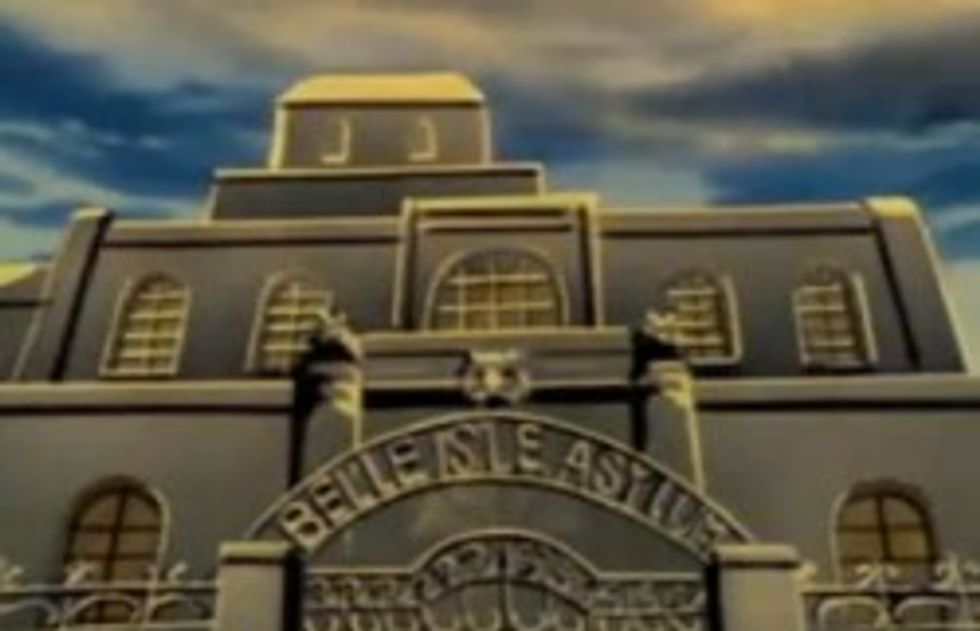 Where were you at noon on January 21, 2013? As a patriotic American, you were probably watching or listening toPresident Barack Obama’s inauguration speech about how our national quest for that more perfect union “guided our forebears through Seneca Falls, and Selma, and Stonewall." Stirring stuff. And, as a patriotic American, you were probably like: “Yay America and yay democracy!” Because you care about the future of our republic.

But not everyone is a patriotic American. For instance a group of Ayn Rand weirdos gathered at the Detroit Athletic Club during the inauguration to discuss their plot to build a tax-free Puerto Rico-style protectorate on Detroit's Belle Isle, one of the finest public park spaces in the nation.

Most people listening to this “Go Galt” scenario concluded it was nutter butters, including Detroit Regional Chamber of Commerce President and former Bush appointee Sandy Baruah. Others, however, are super pumped about a Randian fairyland where everyone is free to rape Dominique Francon and pretend cigarettes aren’t carcinogenic without the burden of needless taxes and regulation.

But the Commonwealth of Belle Isle idea found several supporters, too, among the invited guests at the DAC. John Rakolta, chairman and CEO of the Walbridge construction firm based in Detroit, said the Lockwood vision could produce $20 billion in new investment and create 200,000 jobs in the city in 10 years, although he admitted the numbers were just guesses on his part.

“This is what it means to be competitive,” Rakolta said. Detroit, he said, “would either grow fast like this or we’ll have to go through the abyss – bankruptcy.”

If the name "John Rakolta" sounds familiar that’s because he was campaign finance co-chair for fellow non-inauguration watcher Mitt Romney. His dingbat wife, Terry Rakolta, was that “woman from Michigan” who tried to get Married With Children taken off the air back in the 1980s.

Don’t think this means John Rakolta is some knee-jerk right-wing partisan. Not at all. He’s happy to support Democrats. For example, Wayne County Executive Bob Ficano. When Ficano decided he needed a special non-profit to pay for his administration’s overseas travel and to provide a $75,000 annual bonus to the county’s top economic development official, John Rakolta was happy to chip in. He also served on this shady non-profit’s board of directors.

Rakolta's construction company just happened to get the contract to build the new Wayne County jail. Don’t worry, he’s doing a great job. The project is only $65 million over budget. And likely to be too small.

Of course, Detroit isn't going bankrupt because politicians and their crony contractor friends are bleeding the public treasury. It's because no one will sell Belle Isle to John Rakolta and his besties. (Detroit Free Press)