Let's Meet Our New House Speaker In Charge Of Getting Nothing Done In Congress! 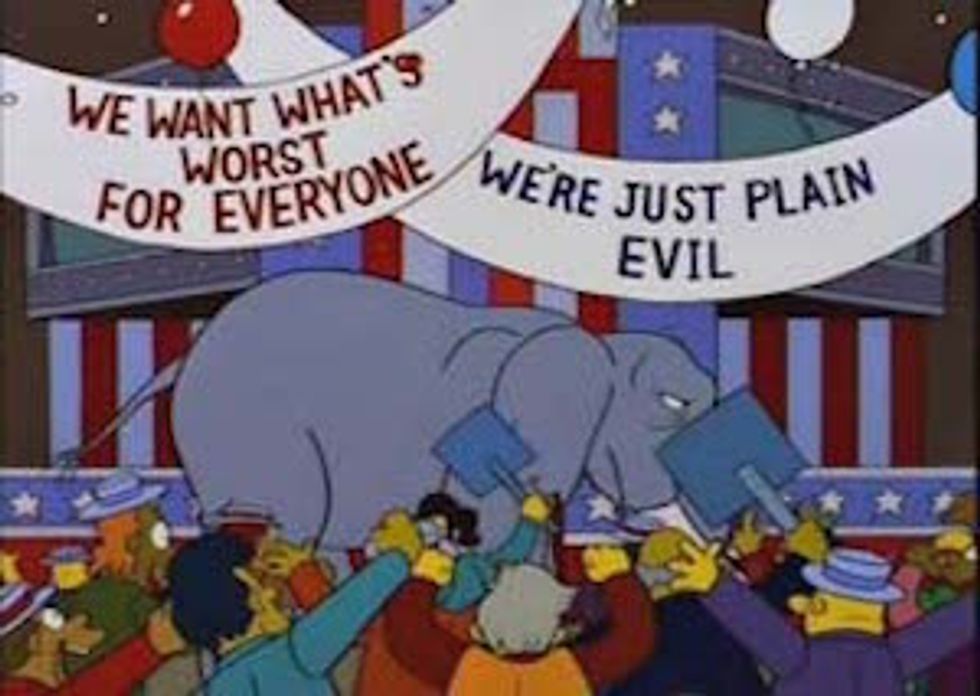 So. We have now had a chance to BRB, DYING OF LAUGHTER about the breaking news that Weeper of the House John Boehner is taking his gavel and going home at the end of October. [Wait, hold on, pause for more laughter. HAHAHAHAHAHAHAHAHAHAHA.] So, who's going to be in charge of sitting next to Joe Biden, behind President Obama, at the next State of the Union address? Will he (oh, spoiler: it's gonna be a he, DUH) also be a drunk drinky drunk drinker, like Boehner? No, because nobody drinks like Boehner. Let us guess who it might be, together!

Who the fuck is Kevin McCarthy?

But what about Louie Gohmert?

The extra-crispy wingnut representative from Texas who is always a contender for Dumbest Member of Congress? He said in January that he was going to steal John Boehner's job from him, and it would have worked too, if it weren't for those meddling Republicans in the House who were like, "Nah, he's too stupid, even for us!"

Naturally, we has a disappoint, because Speaker Gohmert would be non-stop Wonkette comedy gold. On the other hand, it would probably destroy the country, so maybe not. Oh well.

Could it be a lady?

Yes, really. This is the Republican Party we're talking about, hello and duh, like we said above.

But what about that one lady?

Oh, you mean Washington Rep. Cathy McMorris Rodgers, that one lady Republicans love to trot around all the time in front of the cameras to prove they like girls? She is a real piece of work, like all the other Republicans, but with a vagina in her sex parts region:

So, what is America’s new Super Sweetheart SuperMom like? Besides being remarkably fecund while in office, having 3 babbies in 6 years, all during her Congressional terms, she is otherwise pretty much your garden variety little snipe of a Republican, but with lady parts, which makes her extra well-suited for reaching out to ladies, because their uteri can all quiver in harmony or bow down before a really busy uterus like Cathy’s or something like that.

Also, one time she asked the Internet to please give her all the Obamacare horror stories, but instead, the Internet gave her all the "I LOVE OBAMACARE!" stories, so she just pretended that didn't happen and that she really had proven Obamacare Sux, because, like we said, she's your typical Republican and a total liar, but just with girl parts. Also, nope, she will not be the speaker because girl parts.

Could it be anyone else?

Probably not. Republicans are old-fashioned, they like picking the next guy in line, and that's McCarthy. Also, Erick som'bitch Erickson does not like McCarthy because of how he is a RINO or a cuckservative or insufficiently nihilist or whatever the fuck whiny-ass reason True Conservatives never like anyone who doesn't want to burn this mofo down. (This, of course, being America.) Therefore, it'll probably definitely be McCarthy.

So start practicing typing "Speaker McCarthy." And then start guessing what kind of sex scandal will force him to resign from office one day too.