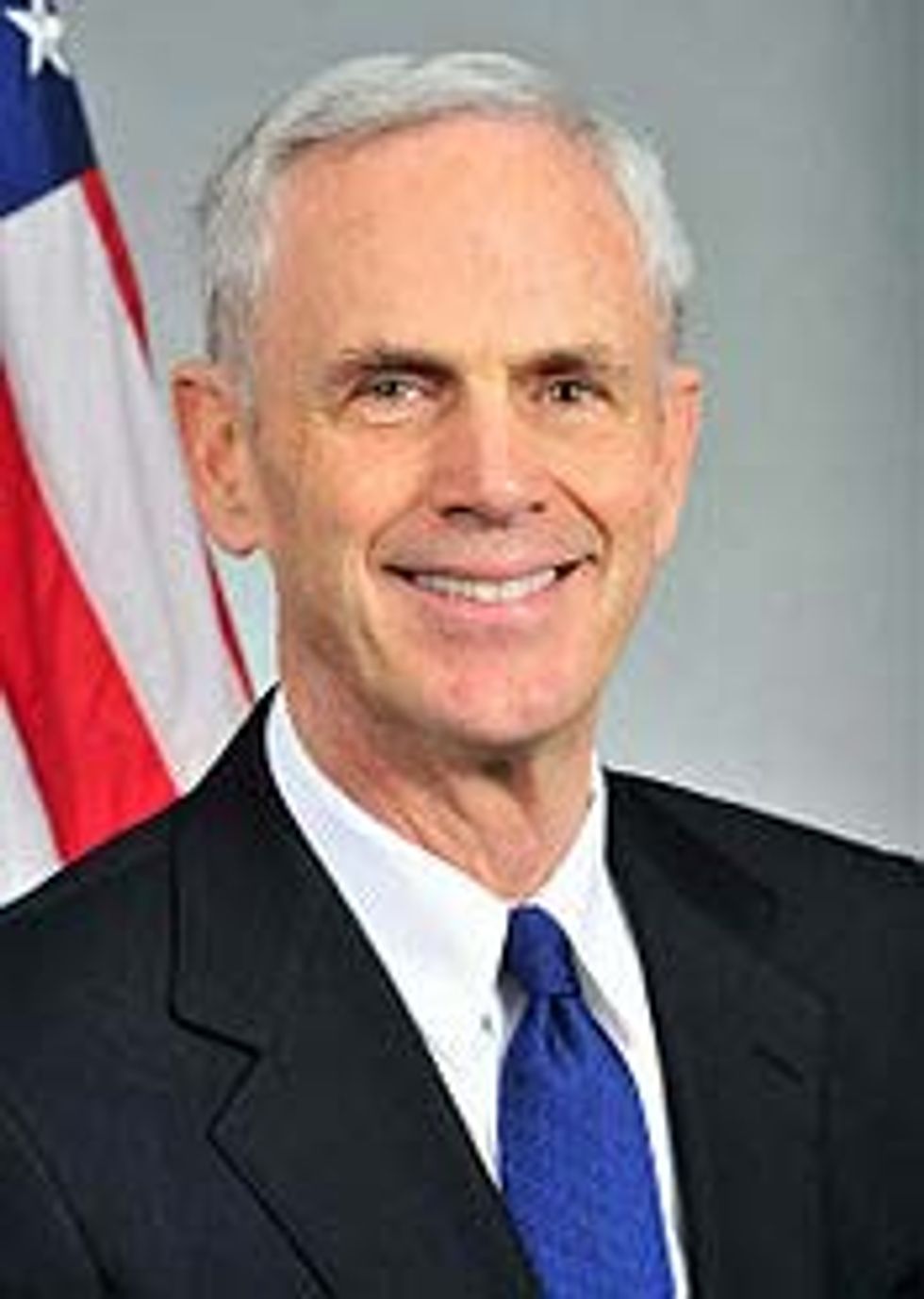 When we say "Secretary of Commerce," what's the first thing that pops into your mind? For 95 percent of you, it's probably "Secretary of what?" or "What of Commerce?" But the true hardcore politics nerds among you think "Ah ha, former Washington Governor Gary Locke! One of Obama's two Asian-American cabinet picks!" And then you're smug, for knowing this. EXCEPT that in fact Gary Locke hasn't been Commerce Secretary for over a year (he replaced failed moderate Jon Huntsman as ambassador to China, probably a much more important job, commerce-wise)! No, the current guy is "John Bryson," who you might vaguely remember as outraging environmentalist types by being a ex-utility exec, but also outraging James Inhofe because he doesn't want to poison the atmosphere to the extent that we all need to move into tunnel-cities and evolve into underground mole people. Anyhoo, for the next 72 hours or so you will hear "Secretary of Commerce" and think, "Oh, that guy who couldn't stop ramming cars with his Lexus in a vaguely dodgy part of Los Angeles County yesterday, what's his deal?"

Here is a true story about your Comics Curmudgeon: Once when he was 22 he was driving his then-girlfriend's car and almost rear-ended another car at a stoplight and then thought "Whew, that was close, just like all the other times I almost have accidents when I drive" and then like 10 minutes later misjudged a left turn and ran into another car at an intersection, at which point he said, "Yeah, I'm thinking this driving thing isn't for me," and so now he takes the bus everywhere that his wife won't drive him. Thus it was with a certain amount of sympathy that we read the following description from the morning drive-time traffic reporters of the New York Times:

Police officials said the first accident occurred when Mr. Bryson, who was driving a Lexus, allegedly rear-ended a Buick that had stopped for a passing train. Officials said that Mr. Bryson briefly spoke with the occupants of the Buick but then left the scene, hitting the car again.

According to the police, the driver of the Buick followed Mr. Bryson and called police officers, asking for assistance.

"Bryson then allegedly caused a collision involving a second car at about 5:10 p.m. while driving southbound on San Gabriel Boulevard at Hellman Avenue in the city of Rosemead, where he was found alone and unconscious behind the wheel of his vehicle," the release from the police departments said.

Officials said that no one was seriously injured, although several people were treated for pain.

If you are not generously minded, your first reaction is no doubt "This guy sounds hella drunk" (that was certainly the first reaction from the fun conservatives at American Crossroads!) but then you read that the "authorities" said that "Neither drugs nor alcohol appeared to have played a role in the crash" and you feel bad but then you read that investigators are still like nah, nah, could totally still be drugs or alcohol, don't listen to those other "authorities" and then you don't know what to think. Then you read that the Commerce Department said that Bryson had a seizure and you feel even worse, but then wouldn't the department flacks say that, hmm?

Perhaps more interesting is the question of what he was doing cruising around Rosemead, California, in his fly Lexus? Your Los Angeles-based Editrix assures us that Rosemead is "two-thirds Asian/one-third Latino and working class, definitely" and that "there are strip clubs in the area (not the IMMEDIATE area), big ones," but also a vaguely nearby cancer hospital. So the possibilities are (a) touring America's working-class communities one by one to see how his Secretarial powers might improve their Commerce, (b) visiting a loved one being treated for cancer, (c) seeking an anti-seizure poultice from a local abeula, or (d) titty bars. Speculate wildly in the comments, but just be prepared to feel really bad when you find out about his debilitating medical condition.

UPDATE! A reader reminds us that Southern California Edison's headquarters are in Rosemead, and it is only very rarely filled with hookers and blow. So that would have been a very good reason for Bryson, its former head, to have been roaming the wilds of Rosemead. Carry on! [NYT/TPM]