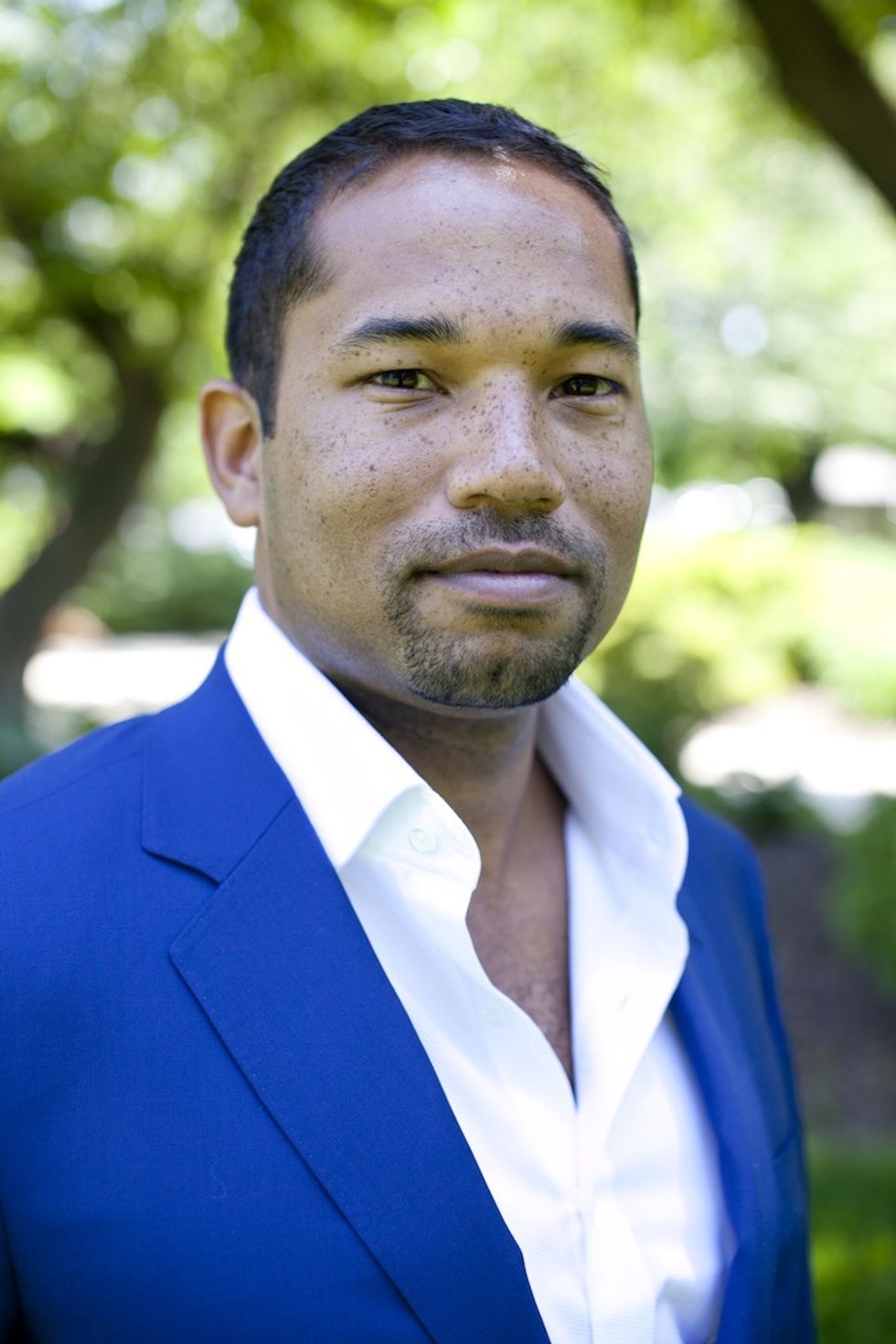 Now let's move on to Juan Williams's hot black Republican sons. First of all, congratulations, The Hill for finding some black Republicans to feature. The whole list is really well-done, diversity-wise. There's a super-cool Sikh guy, and two old people, a good number of people of color -- who aren't all Democrats, because "Juan Williams's sons" -- and really not as many blonde white girls as you'd think, along with Rand Paul not-smiling and a one 1950s marionette. So totally good job on that!

Now here is one of Juan Williams's sons, Raffi.

Look at that douchey face. And the douchey blazer. And the douchey flag pin. Jesus, we never thought we'd see the day when we wished a Millennial was wearing a hat with fucking animal ears on it instead. WHY ARE YOU WEARING A FLAG PIN YOU ARE 25 YEARS OLD.

These days, Williams, who’s the son of Fox News Channel commentator and The Hill columnist Juan Williams, has traded the Game Boy for what Washington does best. Politics, he said, is his new “hobby.”

And though he dresses in a classic, preppy style, Williams likes to get wild with his socks — which feature animals, art or wild colors on any given day — and chronicles them on his Instagram account.

YOU INSTAGRAM YOUR SOCKS, HOW DO YOU EVEN LIVE. But oh, who's this?

Well HELLO TONY WILLIAMS. We will go to the yacht club with you! We will sip martinis and smoke penis-cigars and eat steaks and be vapid and silent and probably even wear high heels! We like the facial hair on you, even though our Grandma Jeani always said goatees look like men are walking around with vaginas on their faces! We bet there are some women who would put their vaginas on your face! And some men who would let you put your wanger in their butts! Nothing in the story about you is interesting, and that's okay too! WE LIKE YOUR BLAZER, TONY. AND ALSO YOUR FACE.

For us to sit on.