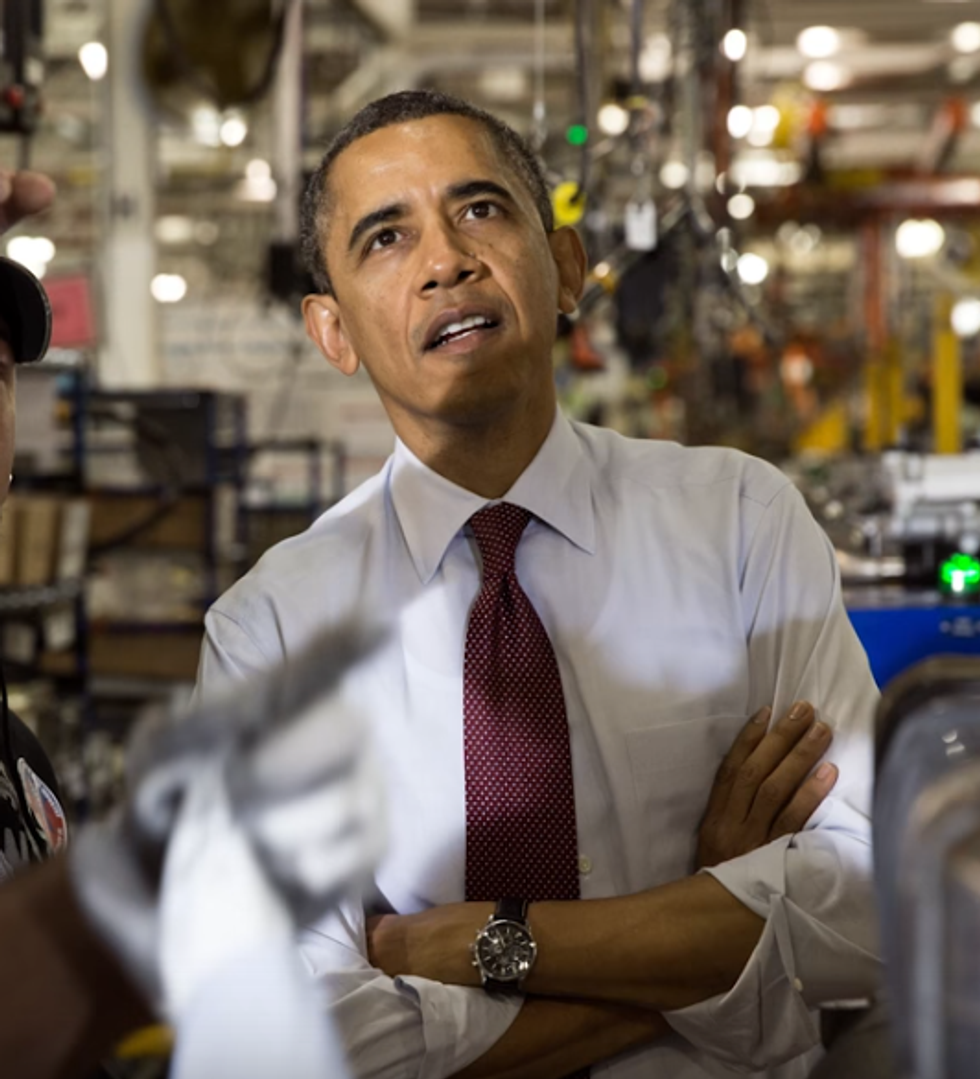 OH HELLO, it is time for your open thread, where you usually exchange recipes and post Punky Brewster videos, god, we don't even know what you do. But tonight is different, because Barack Bamz O'Bummer from Gay Indo-Kenya is ... (WE SOB TO SAY THIS) ... delivering his farewell speech in Chicago. It is on at 9:00 Eastern and 8:00 Chicago Standard Time, which is the actual time zone that America is in.

USA Todaysays he's going to try to convince everyone not to despair, and to keep fighting:

"It’s not a victory lap speech," said Valerie Jarrett, one of Obama's longest-serving aides. “His intention is to motivate people to want to get involved and fight for their democracy. You can’t take it for granted. You have to work hard at it. And it’s not easy and you have to be vigilant and determined."

OK fine. Or Obama could just stay president and declare martial law for Trump supporters and let things die down and then be president forever, at least until we can call a new election that Russia can't steal for Trump, even though you know it'll try again.

Ugh. Here's your dumb YouTube livestream of the dumb speech (which will probably be great) where we have to say bye to Bamz or whatever. It will start when it starts. Until then, there is a nice preview video, and you can exchange your cat pictures in the comments, which are not allowed.