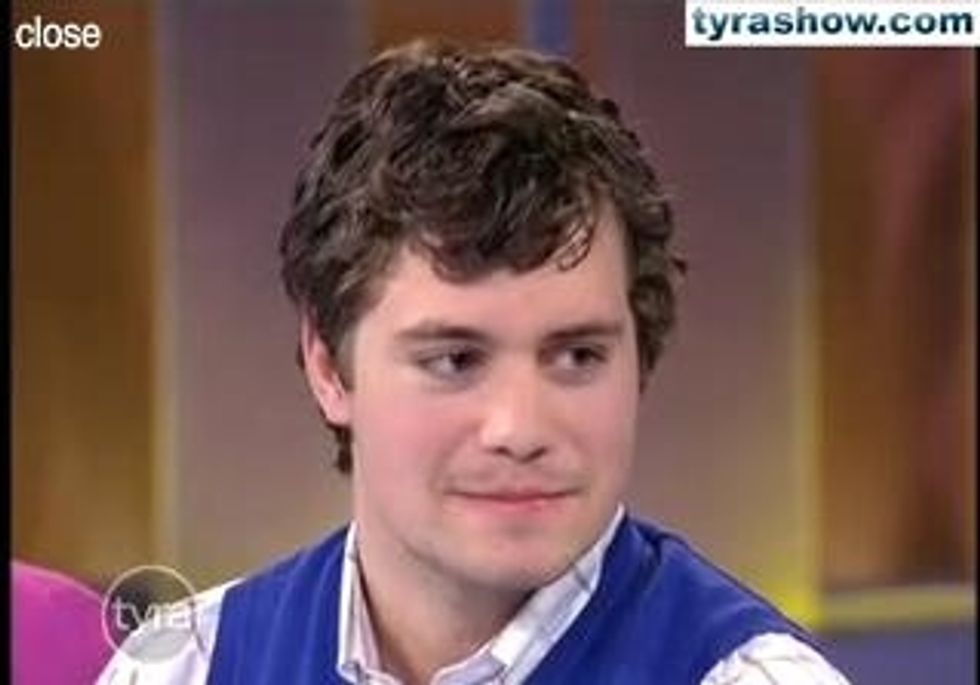 Sarah Palin's least-favorite almost-son-in-law Levi Johnston will not vanish from the public eye, ever! He's doing a photoshoot with a website calledPlaygirl, which, despite its gender specific name, is actually a site for gay men who like to look at photographs of other men, naked. There is nothing wrong with this! And, you know, we are pretty happy that of the two unlikely Wasilla-based media sensations of September 2008, Sarah Palin is now an unemployed twitterer and Levi Johnston is the celebrity (?) of September 2009. Who could've predicted it? [Gawker/Violet Blue/The Sword]