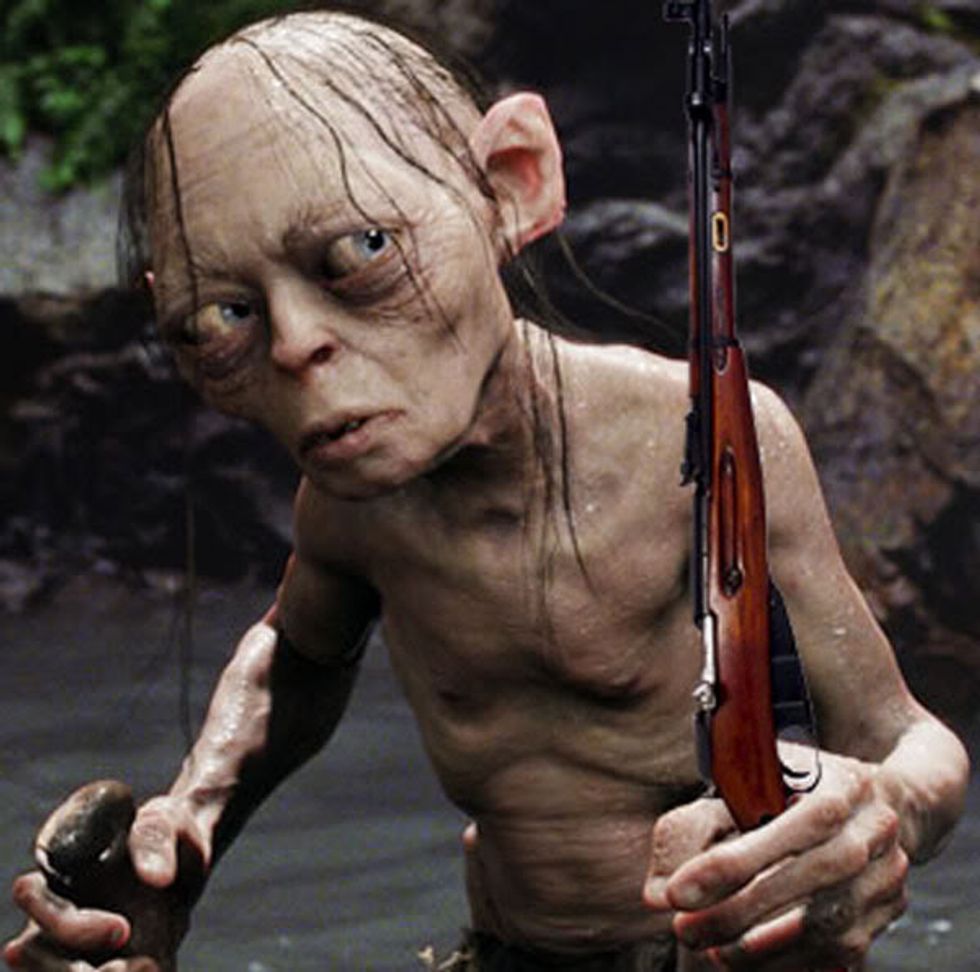 Big scoopy scoop over at The Blaze, Glenn Beck’s online home for his continuing total emotional and mental breakdown now cruising through its – let’s see, how old is Glenn Beck? – its 50th year. Seems Missouri state Sen. Jamilah Nasheed got herself arrested during a protest outside the Ferguson Police Department, because people just can’t let go of this Michael Brown shooting thing already, jeez. When the cops searched Nasheed, they found she was carrying a loaded 9mm pistol and extra ammo.

The efficacy of armed protestors yelling at Ferguson cops right now aside, Nasheed does possess a concealed carry permit, so everything was on the up and up, and she was only charged with Failure to Obey a Lawful Order of Police. But the spitting Gaboon vipers on the right smell hypocrisy because Nasheed, who is a Democrat, has sponsored several state bills and amendments the NRA has termed “anti-gun.” Which, okay. Newsflash, guys: the NRA would term forks “anti-gun” simply for not being guns.

The “anti-gun” measures Nasheed has pushed for include one that would have required owners to report within 72 hours any lost or stolen gun. Personally yr Wonkette thinks this is common sense. If your gun is stolen, used in a violent crime and then recovered, it would be in the owner’s best interest to have a record of the theft so the cops don’t think you are the one who used his precious penis enhancer to shoot those 16 Shriners down at the lodge.

The NRA opposed the measure because it would have created a “de facto gun registry.” Yes, it sort of would…after the friggin’ guns are no longer in the owner’s possession, you nimrods. So such a registry really wouldn’t be of much use to the UN shock troops when they occupy Missouri and hunt down all the gun owners, would it?

Nasheed also pushed a bill that would have held parents responsible if they own a gun and their precious snowflake children get hold of it and use it to slaughter their playmates in an orgy of bloodlust. The provisions in the bill included requirements for safely storing firearms in gun safes and charging the owners with a felony if their kids injure or kill anyone with the parent’s gun. The bill also required any parent who owns a gun to notify their kid’s school within a month of his enrollment that they keep a gun in the house. The Blaze, of course, only mentions that last one in its story because it sounds onerous. Tell your moody teenager’s public union-thug-run school that yes, Junior has access to firearms? This is not what our Founding Fathers intended!

Because the mouth-breathers of the right understand nuance about as well as they understand climate science or human reproduction, we feel we must once again point out to them that owning a gun is not incompatible with advocating for laws that would hold gun owners legally responsible for any mayhem someone might commit with that gun. We must also point out that the majority of gun owners know that, which is why they support gun control legislation, like background checks, though the NRA would have us think otherwise. A person can walk and chew gum at the same time. Well, we can. We’re less and less sure of those twits.