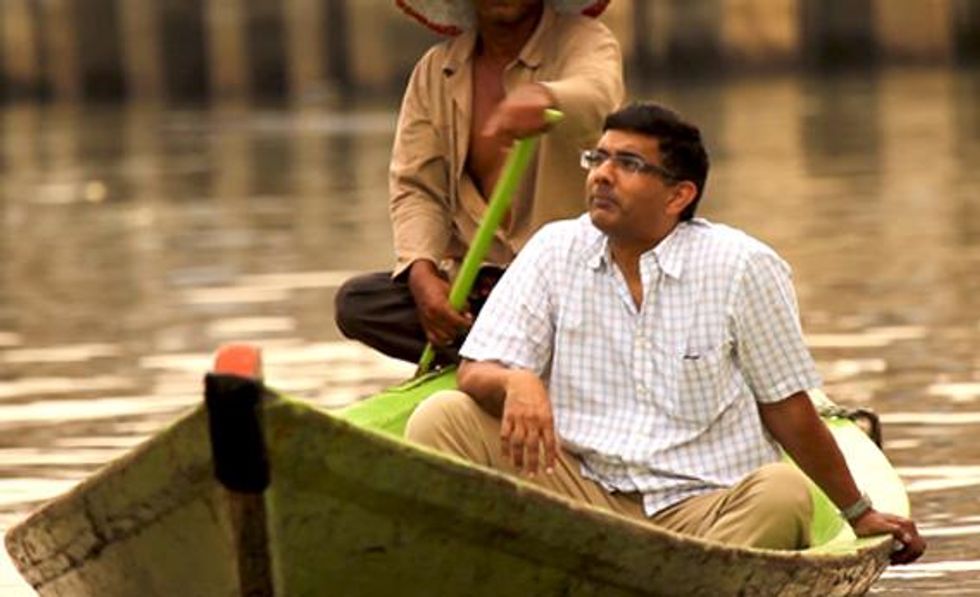 Say, right-wing blogosphere, what is the unreliable Lamesteam Media covering up now? Oh, it is ignoring the unprecedented success of2016: Obama's America, a low-budget documentary that has been relentlessly promoted on Fox News? Gosh, it is indeed surprising that, in a news cycle dominated by the Republican Convention and a hurricane, insufficient attention was paid to a documentary which, as a butthurt editorial in Investor's Business Daily noted, "grossed $6.5 million...putting in the top 10 [sic]" in its first weekend of wide release. ("In the top 10" sounds far more impressive than seventh nationwide on an "awful late-August weekend" for national box-office, of course -- though that is still pretty good for a "documentary.")

Still, the editorial doggedly insists that the lack of widespread reporting on this stunningly mild success is evidence of perfidy:

But aside from a few grudging news stories about the weekend box office take and a smattering of predictably critical reviews, the media are largely turning a studied blind eye to the film.

No wonder, since the success of "2016" exposes several inconvenient truths about President Obama, as well as the media's dereliction of duty in vetting him four years ago.

Haha, "inconvenient truths!" -- we see what they did there!

And what are these shocking revelations that were never mentioned by anyone during the 2008 campaign? We wonder if anyone has looked into those?

We don't even know what grades Obama got in college, since he guards his transcripts more carefully than he does national security secrets. Obama has also downplayed his relationships with radical leftists. Terrorist Bill Ayers? Barely knew the man. America-hating Rev. Jeremiah Wright? Never heard any of his diatribes in the 20 years attending that church.

We are beginning to think they may have a point -- it probably is newsworthy that a film presenting those tired old claims as shocking revelations is somehow making more money than The Oogieloves in the Big Balloon Adventure, with its maybe-kinda-racist fish puppet that people might be offended with if anyone saw the movie, which no one has.