Liberty University Allows Guns For Jesus In Classrooms, Kissing Still Of The Devil 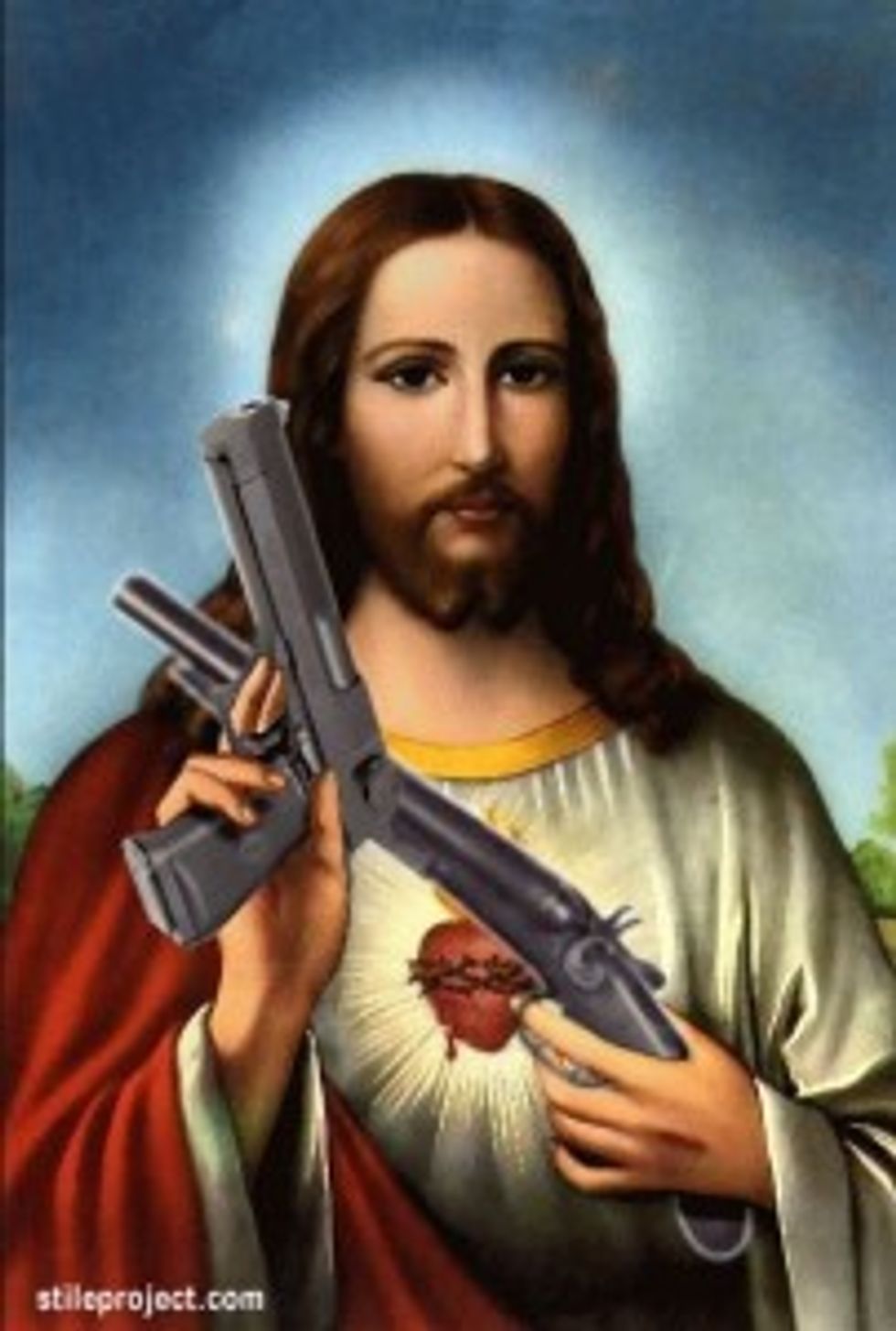 Liberty students who have an easy-to-obtain Virginia concealed carry permit and permission from campus police will now be able to carry a loaded gun into classrooms, according to a March 22 revision to school policy. University staff and visitors may also bring firearms into university buildings on campus, WSET reported. Students remain banned from bringing guns into residence halls, even with a permit.

This sounds perfect! Except for where do they keep their guns when they are not in class? Do they have cubby holes or lockers or flip top desks where they may deposit their firearms over night? Are they supposed to keep them in their cars?

Are these really the most important questions? Maybe not. However, this is the University that gave Glenn Beck an honorary Doctorate of Humanities when he gave the commencement address in 2010 -- complete with crying and whiteboards and diagrams explaining the whole secular conspiracy of the world outside of Liberty AND they offer students a class called "Apologetics 104" where they "talk about evolution at this university probably as much as evolutionists do at [a state school], but we do it with the freedom of saying, ‘It’s wrong, and here is why it’s wrong,’" so it is just impossible to know where to start on "logic" with these people.

Is it good that people who can believe facts are wrong also believe it is good to walk amongst their peers with hidden firearms on their person? Do they also not believe in studies that say the most violent places are places where guns laws are the least restrictive? And how come the "liberty" part of their "university" name ONLY applies to carrying guns?

Though Liberty students may now carry loaded weapons to class, Liberty rules continue to prohibit R-rated movies, un-Godly music, dancing, kissing or staying in a motel room with a member of the opposite sex, as outlined in the student handbook.

So! No kissing, dancing, motels, or movies that show boobies OR guns. That sounds reasonable, no?