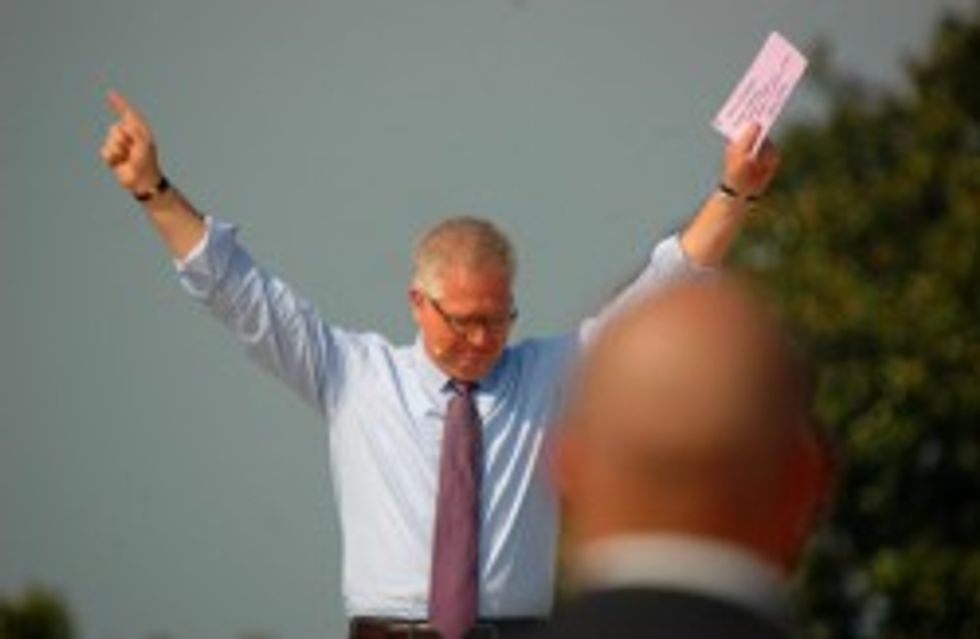 Uh, New York hippie gangs win! The giant fire-breathing progressive lynch mob thattried to murder Glenn Beck and his family in Bryant Park made them decide to get the hell out and not wait to be eaten. Like in the zombie movies! So they are moving to Texas to live in a suburban gated community full other fearful rich white idiots, as God intended. Why would someone like Beck want to ever live near a socialist cesspool like New York to begin with?

It's New York, where the nightmare apocalypse sins of socialism are constantly tempting God to destroy the city every day with its freely roaming gays, its public transportation, its public schools and its Jon Stewart show. Exactly. So Glenn Beck is not only going to escape the Eastern seaboard, he will go to Texas, thereby putting a human shield of several millions people between him and New York. Try to get him now, zombie libturds!

Beck stated, “As we build a new media, I’m not building it in New York.”

New York has not been friendly to Beck. He told the story Tuesday of how a mob of liberals verbally assaulted him and his wife in Bryant Park while watching an outdoor movie. Beck said cinemagoers turned on him during Monday's screening of Alfred Hitchcock's "The 39 Steps." One person, he said, shouted "We hate conservatives here" and another yelled "We're in New York and we hate Republicans."

"You would think there would be some common decency, especially among the culturally superior here in New York," he said on his show.