Libya and the Decline of American Military Power 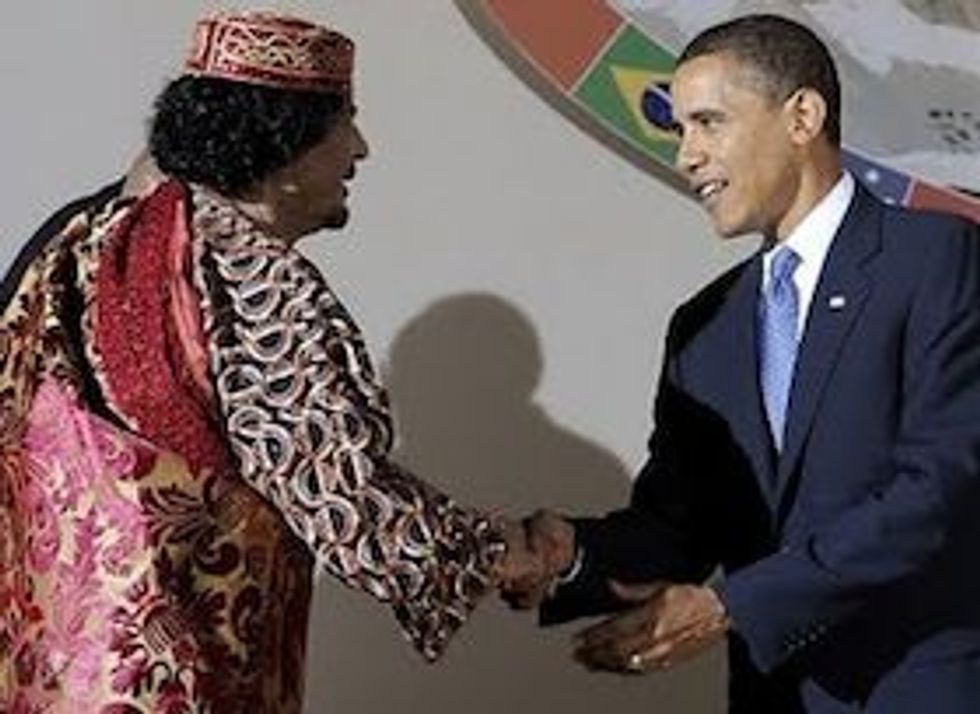 It's nice (?) that President Obama is worried enough about the revolution in Libya to start an air war against Tripoli, we guess. But this might be the first time in Modern American History whennobody in America seems to support a military action.

Republicans are against it because a) It costs money to do wars and now the Republicans are suddenly against spending billions of dollars to bomb Muslims somewhere, and b) Obama is black. Sarah Palin was supposed to be dedicated to Supportin' the Troops, but that was only when Bush sent the Troops somewhere to bomb Muslims and get killed. Russia is against it because Putin is a dickwad, the Arab League is against it because Washington was either too slow or too fast or too unilateral or too multilateral or too in love with Israel. U.S. liberals are either lukewarm or actually opposed, because why does this Obama guy have to do every rotten thing Bush Junior or Bush Senior or Reagan ever did, again and again, forever. And we can only assume Obama/Bush Junior's defense secretary, Robert Gates, is against it -- after all, didn't Gates just say we've seen the end of the days when the U.S.A. would just launch incredibly expensive, bloody, terrible wars against whatever country momentarily caught the attention of the president?

And some people might wonder, especially those people who've been protesting so long in Wisconsin and those protesting still in Minnesota and Indiana and Tennessee and beyond, "Why is Barack Obama so helpful to Libyan revolutionaries fighting their government, when he doesn't seem to give a damn about the firefighters and teachers and janitors and police fighting for their vanishing rights to make a fair wage for their work, right here in the United States?"

"The president seems to have angered almost every major group: He's either done too much or too little or he's done it too slowly," said James Lindsay, a former official in the Clinton White House who is now with the Council on Foreign Relations. "There's a very real political risk for Barack Obama in all of this."

Among the critics Monday was Sen. Richard G. Lugar (R-Ind.), ranking minority member of the Senate Foreign Relations Committee, a widely respected voice on foreign policy who has often sided with the administration.

"There needs to be a plan about what happens after Kadafi," Lugar said. "Who will be in charge then, and who pays for this all? President Obama, so far, has only expressed vague hopes."

There's that "hope" we were all looking for ... thought it was lost, trampled by the crowd walking out of the stadium in Denver, back in August 2008. Hope! [LAT]