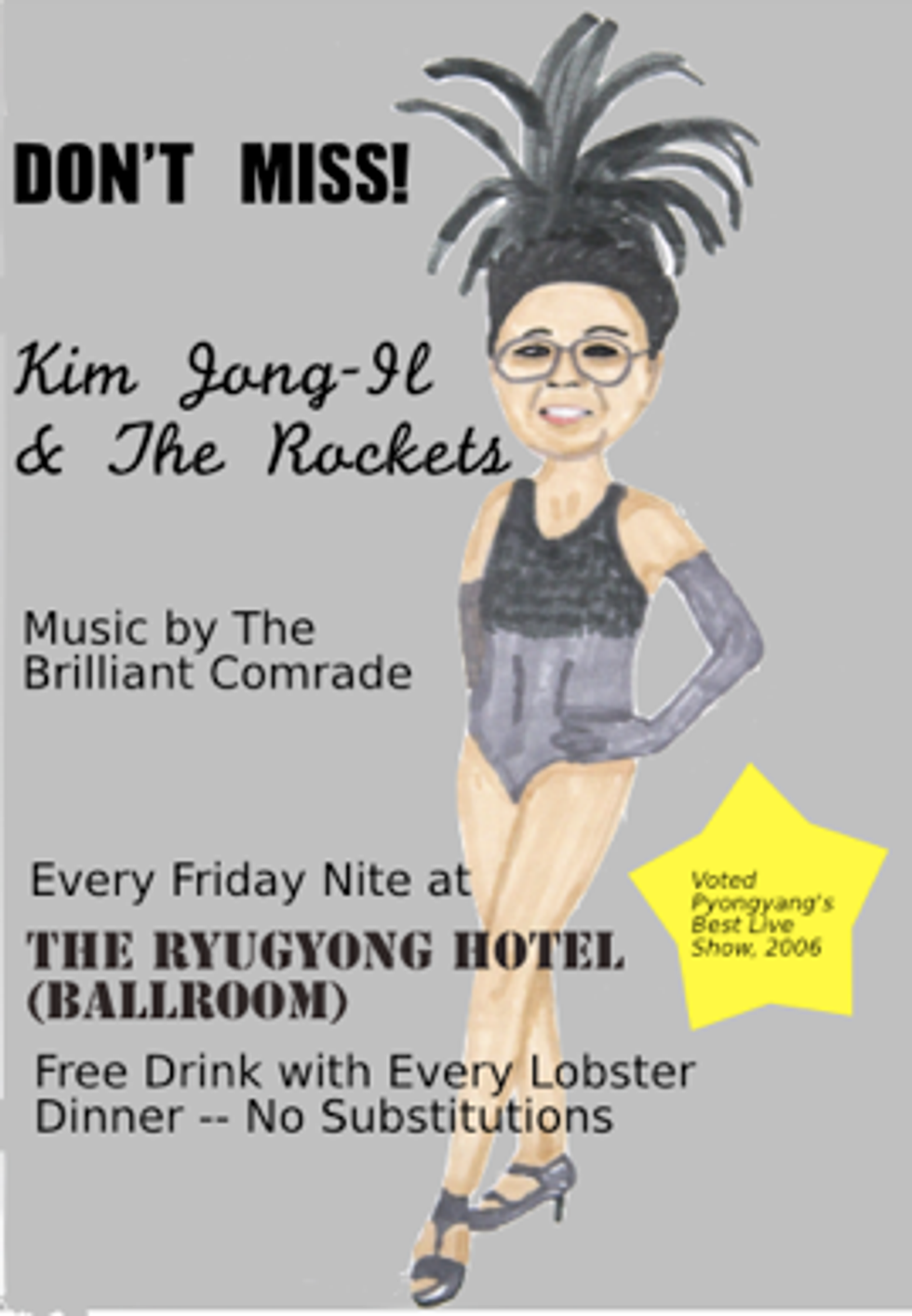 Oh hey did you hear crazy dwarf-alien Kim Jong-Il has been shooting rockets into the sea, by North Korea? No? ARE YOU SILLY AMERICANS SO OBSESSED WITH THE DEATH OF KING-POP MICHAEL JACKSON AS TO NOT FOLLOW NORTH KOREA'S MIGHTY THREATS? Well, Lil' Kim wants you to know he is twice as weird as Wacko Jacko, with the additional freaky habits of kidnapping regional movie stars and starving his people, because why not, right? Dwarf motherfucker got to have his Cristal & 'hos.

Anyway, Lil' Kim was super sad because nobody paid attention to his rockets, so he began a massive (?) "cyber attack" against his enemies' websites. It was maybe pretty bad! It is this heartfelt dedication to show business that's noted here by our op-art Chicago street organizer, Lauri Apple.