Lindsey Graham Would Like To Feed On White Male Anger 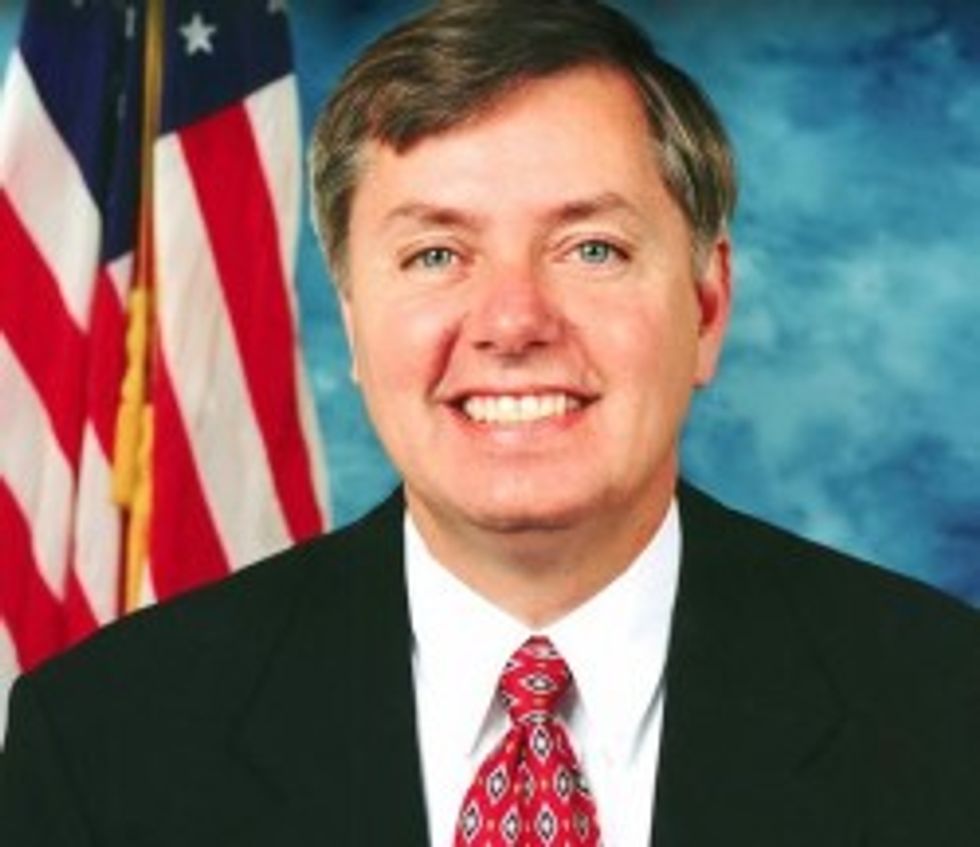 After a convention in which literally every minority in the Republican Party gets to take the stage and chant about the things that "they" (read: the white people watching them) built, it's time to reflect on how awesome it's going to be when America is majority-minority and the GOP is ascendant. After all,Chuck Todd says that Democrats are super totes jeals over all the diversity at the GOP convention!

Or not, because Lindsey Graham had to go open his stupid turdface mouth.

I watched your convention, Mister Lindsey O., and I saw like a half dozen people who said things in Spanish. Are you telling me that was a lie??

Also, how does the GOP generate more angry white guys? I am going to be really annoyed if my sports radio is taken over by calm Negroes and Hispanics talking about soccer. Soccer is so boring! Brainstorm, Wonketeers! If I no longer have to encounter the guy who gets mad because I parked too close to his late model Mustang, I don't know what I'll do with myself.