Listen To All Your Favorite Rod Blagojevich iTunes! 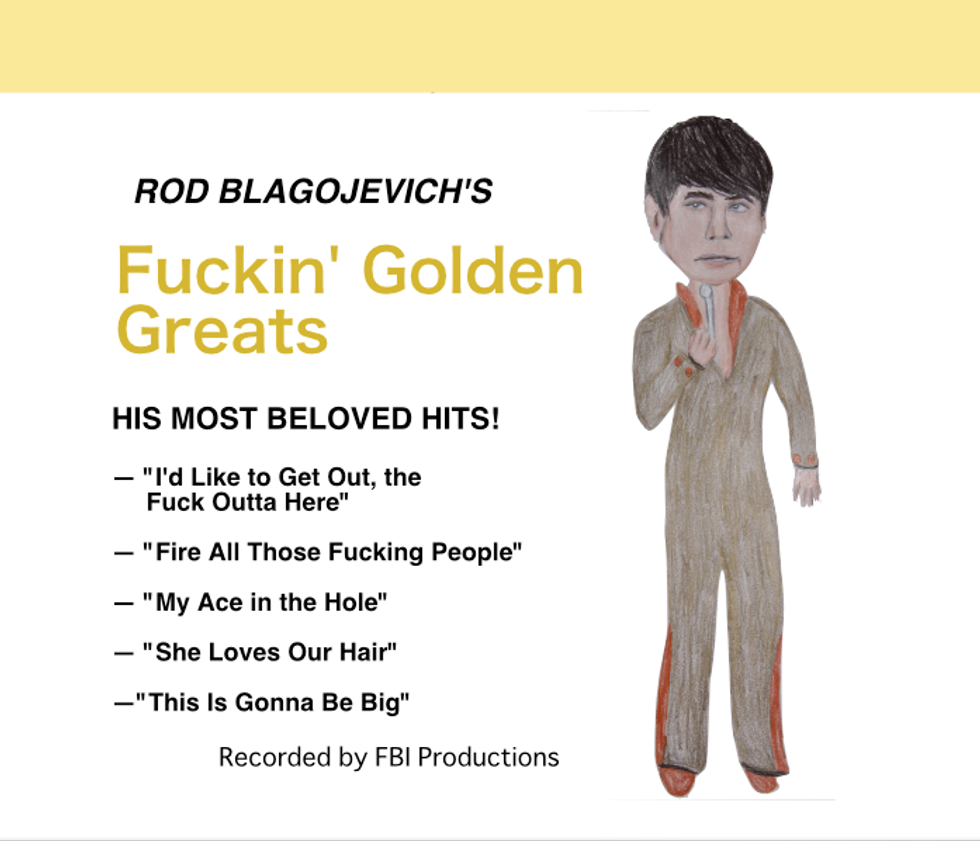 As part of his corruption trial, professional entertainer Rod Blagojevich has been appearing at Chicago's Federal Courthouse Bar & Lounge all month to revisit some of his greatest recordings -- including "I've Got This Thing, and It's Fucking Golden," his definitive hit. To capitalize on all the Blago-related excitement, the Chicago Tribune is posting the ex-governor's greatest work along with lesser-known demos and home recordings and even handy lyrics sheets, as they're shared with the court. Copies of his "royalty checks" are posted there, too!

In addition to being way prolific, Blago's big on collaborative efforts. One of his most frequent creative partners is his brother, Bob Blago. Together, they performed as Rod 'n' Bob, mostly on phones. One of their best tracks is "She Loves Our Hair," on which Bob Blago takes the lead:

BOB: That guy, I'll tell you what,

I was very impressed.

He's got a very delightful wife

I had a chance to visit with her.

She loves our hair, by the way.

BOB: Loves your hair and loves my hair

and because it's all real. (Laughs) I guess.

Another single, which the Trib titles "Fire All Those ****** People," is an emotionally charged duet between Blago and his former chief of staff, John Harris-Blago:

BLAGO: And we got all these op-eds and, and then,

so therefore we got to figure this out.

And our recommendation is fire all those fuckin' people.

Get 'em the fuck out of there.

And get us some editorial support.

BLAGO: Yeah. Get us some editorial support. (hand-clap)

That's some catchy stuff. You'll probably be shouting, "Get us some editorial support!," at everyone you know, all day long.

One quality issue with Blago's tapes: He should have hired a better producer. The FBI is OK, but it's no Quincy Jones. [Chicago Tribune]