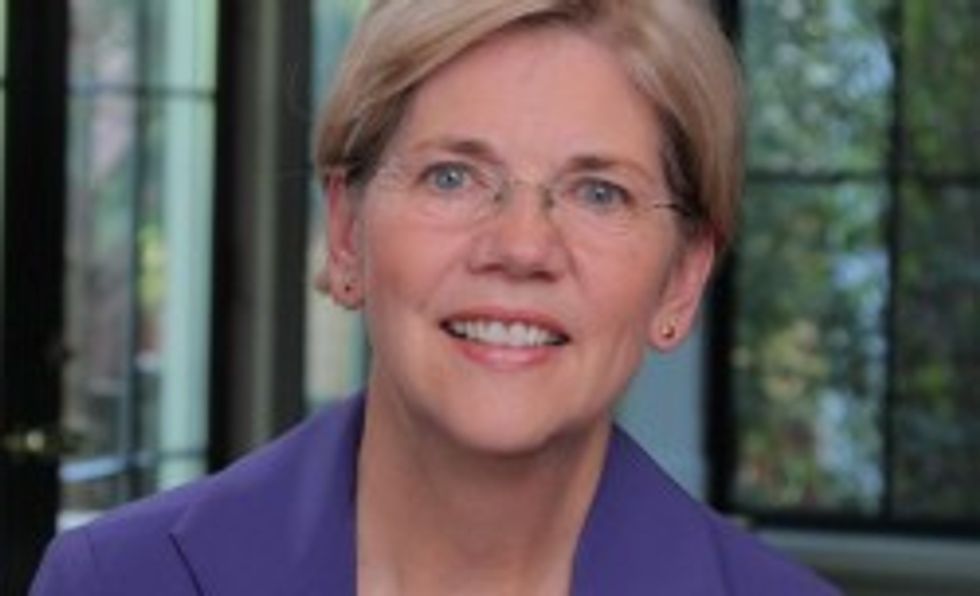 Remember when Your Wonkette went to Tampa and Charlotte and then lots and tons of other cities, to feed beer to you, our beloved Wonkados? No, we don't either. But we are told we made friends with a bunch of dudes from Boston whilst there, and they told us FLAT OUT that Scott Brown was gonna cream Elizabeth Warren in the Massachusetts Senate race. Everybody likes him too much, they explained, but we have not asked them to splain since all those polls came out showing Warren finally ahead how they could be so stupid. Eh, happens to everyone! Like today, we put up a Fox & Friends post that was over two years old! Here, have some liveblog, we shall begin! If you don't have Cspan THREE, you can watch ithere.

7:02 PM -- And in his very first answer, Scott Brown comes out and calls Elizabeth Warren an Affirmative Action Pocahontas who lies about her very skin color! We think Massachusetts voters might not like the Dickish side of Sears?

7:04 PM -- Whoops. "I was gonna start out by saying Scott Brown is a nice guy." Her dad's family not wanting him to marry her mom because of her mixed-breed heritage seems like a good enough reason to think you are Native American. Brown returns with "personnel records," even though Harvard has already vowed she didn't claim minority status. This is an uggggllly debate from Question One, and Warren is being soft-spoken and gracious.

7:12 PM -- Scott Brown explains that joblessness comes from "regulatory uncertainty." This is hilarious, because Elizabeth Warren actually knows stuff about things. And the made-up-ness of that rightwing talking point is almost unanswerable. But not when Warren is there to break it down for you. Remember Bill Clinton in Charlotte? Yeah, Elizabeth Warren would like to Explain some stuff at you!

7:16 PM -- Brownie cites the extreme rightwing US Chamber of Commerce as Warren being a job killer. He calls them "independent." Warren is going to reeeeallly need to focus on not making "IDIOT!!!!" faces at every idiot thing Brown says.

7:21 PM -- Yes Warren is saying awesome things, but can we note that with that weird Plexiglas podium, it looks like she is saying them from her Invisble Wonder Woman Plane?

7:22 PM -- Warren talks about subsidizing the oil companies making $137 billion in profits each year. He rebuts that it's reaallly expensive to gas up his truck. DRINK!

Every time Scott Brown acts like a dick to Elizabeth, how about one dollar here? secure.actblue.com/page/ussenate/