Live, Work And Play In New Development For You And All Your Idaho Militia Friends! 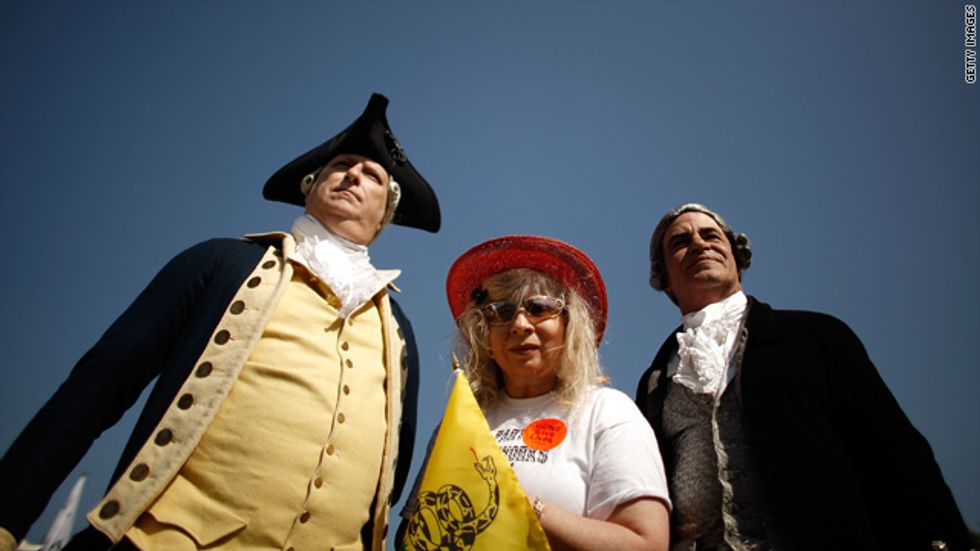 Any second now there will be zombies and tidal waves and brown people climbing up on your roof and eating your virgin daughter's brains. What should you do? Where should you go? Why not live out these trying times in a castle in Idaho, surrounded by a loving community of like-minded Patriots? The only rules are that you must prove that you can shoot a gun once a year every year after you turn 13. Oh, and you can't be "a Liberal." That's about it -- there's a preamble about respecting other people, and a mention about submitting to arbitration panels, and roughly 10 rules that have to do with when and under what circumstances you must fire a gun. These rules are written in the Patriot Agreement, which is CLEARLY a supplement to, not a substitute for, the Constitution they love so very very much. It is basically the greatest HOA ever!

Patriots: The following represents a voluntary set of conditions to which every single resident who accepts a residence in the Citadel must agree, in writing.  This is a voluntary agreement.  The Citadel is a martial endeavor, and is not the best housing solution for everyone.

Preamble: We the People come together in this covenant of our free will and do pledge our lives, our fortunes and our sacred honor to defend one another and Jefferson's Rightful Liberty, defined as unobstructed action according to our will within limits drawn around us by the equal rights of others.  We further affirm our intent to abide all Constitutional laws of the United States of America and the State of Idaho.

Also, Liberals are forbidden, so keep that in mind. But! There will be a Firearms Museum! And shops! And a Church! That's not so bad, is it? REAL AMERICA.

The Citadel will have between 3,500 and 5,000 households within the walls, with a single gate permitting access. The Citadel is not to be a closed society, instead a refuge for genuine Patriots who wish to live without neighbors who are Liberals and Establishment political ideologues, open for tourists who will be welcomed into our town to visit our planned Firearms Museum, shop in our Town Center, stay in a B&B or hotel while vacationing and exploring the wonderful skiing, hunting and fishing opportunities in the area, and many other attractions we will offer.

You guys in? You just have to believe in a literal interpretation of the Constitution and not be a liberal, no big deal. You have to love America so very very much. So much that you expect it to totally go to hell within a decade or so because its very institutions can't handle the pressures of a 21st century world.  Also you have to be cool with living in a giant walled community that's kind of like a castle with a moat -- but without a foundation--filled with armed 13-year olds. Nothing could possibly go wrong, amiright?