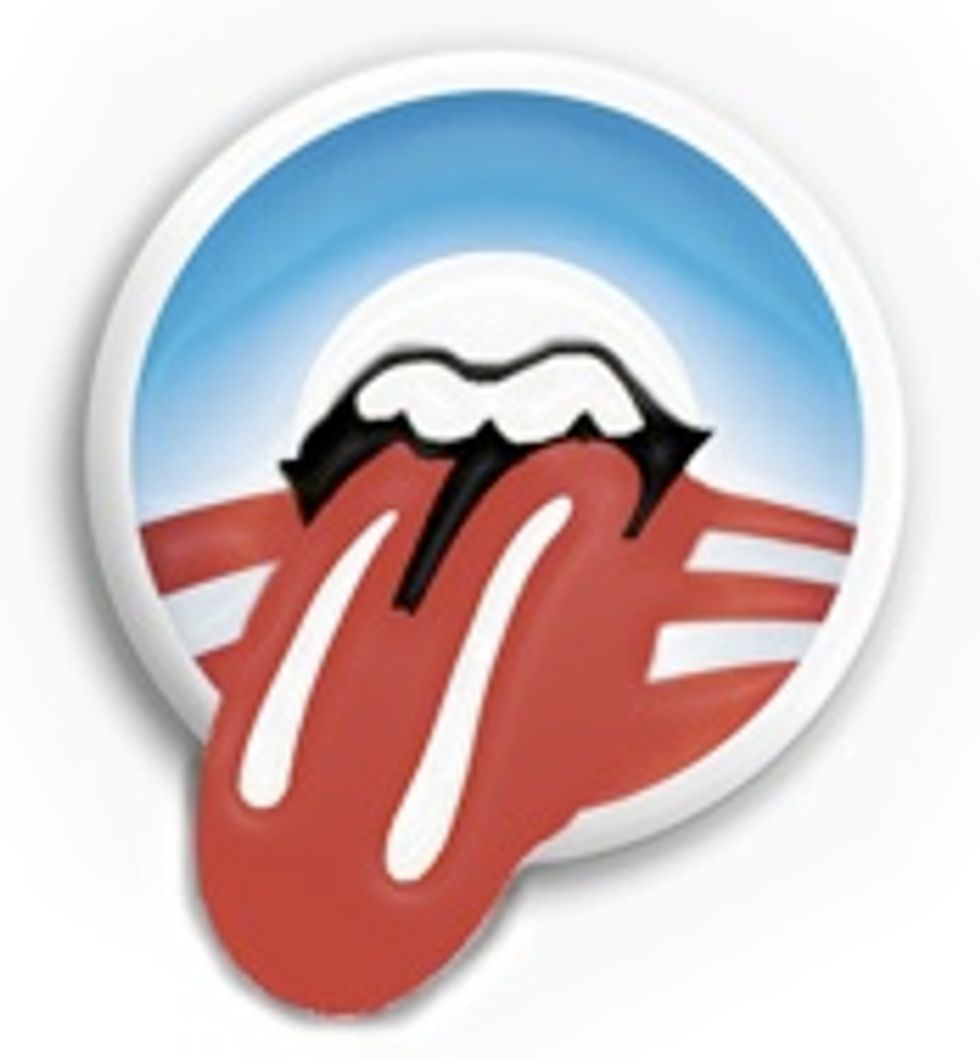 Mean old John McCain was all, "Oh yeah, boy? Go fight The Kaiser in Nazi Germany like I did, then we'll see who was tortured." So Barack Obama got on a plane and went to Germany, via every other country in the world, and now he's going to give his famous speech! We are going to liveblog it! You can tell your kids about this day, when you were at work, and Wonkette liveblogged some thing on teevee!

12:38 PM -- It is actually midnight:38 in Germany, the time when all German children are released from "kinder garten" and go to the "bier platz" to hear American campaign speeches. Look at all those people! It's scary to think what so many crazy Germans might do ... ah, but there's nothing to really worry about. They're just Industrious!

12:49 PM -- THE MUSIC ON THE BARACK OBAMA VIDEO FEED FROM BERLIN IS "SYMPATHY FOR THE DEVIL," WE ARE SERIOUS.

12:53 PM -- Meanwhile, there's no sign on any cable news channel that Barack Obama is doing anything at all today. CNN has a report on a People magazine article about the Obama family and how they will not unpack boxes at their house.

12:53 PM -- New song: Is it "Thriller" by once-black performer Michael Jackson? Ha, this is totally normal for Germany. Germany still thinks Michael Jackson is a big pop star -- it's even worse in Poland, which the Germans destroyed.

12:54 PM -- Fox News has ... yes, footage of the crowd! It's a big big crowd. Hundreds of thousands of people "potentially listening to this thing," says the Fox bimbo.

12:56 PM -- Hah, this one Obamatard we know, in Dallas, just made it known that he wants this whole thing TiVo'd and probably archived in Linux so his kids will hate him when he's an old man.

1:02 PM -- MSNBC has switched to a live crowd shot. Huh, we were kind of expecting an all-black crowd, but there seems to be a lot of white Germans.

1:07 PM -- Germany has some nice music, you know? Why not some German music? Maybe a Wagner-Kraftwerk mashup? [That is called "Kraftwerk"--Ed.]

1:19 PM -- Some weasel is on MSNBC whining about Obama. Andrea Mitchell is acting like this is important. It's one of John McCain's log-cabin Republicans.

1:24 PM -- "I know I don't look like the other Americans who have spoken here." Yes, he is much younger than Reagan. And he's much thinner and more attractive than the average American .... wait, some big laugh, what happened?

1:25 PM -- "This city knows the dream of freedom. You know the only reason we stand here tonight is because men and women from both of our nations came together to struggle, and work ..." Oh he is talking about the Berlin Air Lift! Whew.

1:26 PM -- The top picture on this post is of the Berlin Air Lift, by the way. It was when Berlin was literally "lifted" by airplanes and flown to Western Germany.

1:32 PM -- So he is going to be president of The World so he can stop all the bad stuff like Global Ice Caps, Danger and Poppies?

1:32 PM -- "On both sides of the Atlantic, we have drifted apart," because Europeans hate Bush and the people who egg him on.

1:36 PM -- "Walls can be torn down," etc. It's all a riff on "Tear Down This Wall," which is maybe remembered by older people in Germany -- bitterly, on the Eastern side, where at least they used to have subsidized rent and some food and beer -- and not at all in America, because jesus that was like 30 years ago, who remembers that?

1:37 PM -- Well, at least Obama seems to be riled up about this exciting narration from the Hitler History Channel.

1:40 PM -- German hippies will always cheer the No Nukes deal. (They were not so happy to hear Obama talking smack about their heroin dealers.)

1:43 PM -- Sara is shopping on the J. Crew website. Jim is probably playing "Wii" on his xBoX. Your editor is making his car payment online, and sending terrible e-cards to his friends who recently had birthdays or got savagely mugged at a taco truck in Highland Park.

1:45 PM -- They should've put a big hoop on that War Column, then Barry could make a three-pointer from downtown Berlin, run off the stage, and then FALCO appears doing "Der Kommisar" and people start mad break dancing, plus lazers and fireworks, and a huge Ron Paul Barack Obama Hindenberg lands gracefully, and out comes LED ZEPPELIN, with the Berlin Symphony Orchestra, cold playing "Kashmir," as Afghan poppies float down from the sky.

1:47 PM -- Instead, all these Germans are just politely waiting for The Decemberists.

Wow, look at the rope line. All those clutching hands...no wonder they're all Purell addicts.

HAHAHAH this sums everything up: "McCain Swings By German Restaurant to Target Obama"

1:55 PM -- Your editor has no idea what's happening. Let's check the My Barack Obama computer feed! Nothing. Oh wait, DirecTV is back!

1:55 PM -- Ha ha, Obama said he felt sorry for the McCain campaign this week, as they are lame.

1:58 PM -- Thanks, Andrea Mitchell, for interrupting everyone so Wonkette could know for sure if that was Vladimir Putin or Brian Williams.

1:58 PM -- Oh, and now John Kerry will comment, from Washington. Wake us when he finally shuts up in 10 years.

2:00 PM -- Stock market collapses on news of Obama's hopeful message to the world; Dow down nearly 200.

2:01 PM -- Now we're on CNN, and let's see what Candy Crowley has to say. She says he rocked. Well, maybe it was better in person.

2:01 PM -- Your editor needs to stop this now, and go get Mexican Food and a Margarita, and then vanish in the desert wastes for several hours, with Sandpeople and Jawas and robots, because a column is due to a newspaper that pays money, the end.