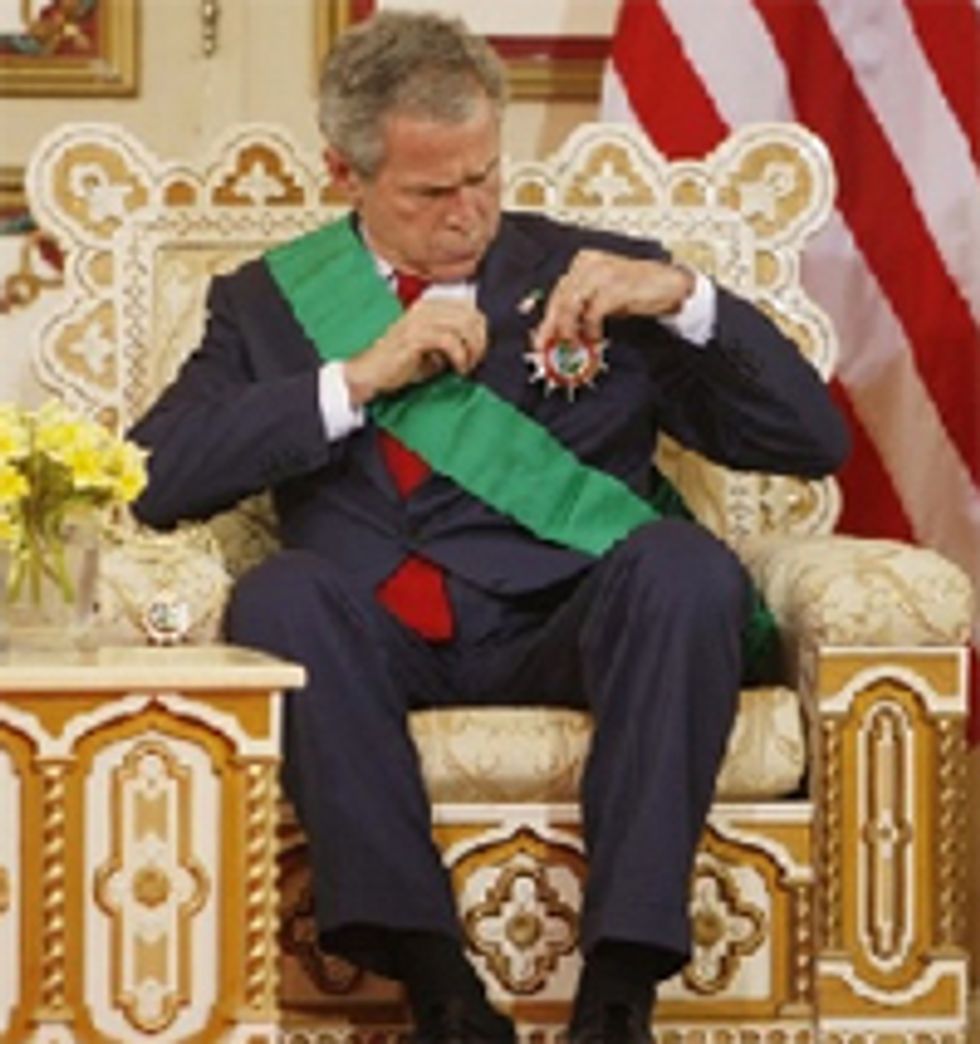 Laura Bush is on the convention stage again, why, oh right, she's introducing her husband, the President George. "Dubya," as people call him, will speak for eight minutes via satellite feed. So... just so pathetic. Why do people think John McCain is better than George Bush, anyway?

9:54 -- Ha ha, he is in the hall of the Senate speaking. They don't let him in the White House anymore, because he eats all the nachos and also kills brown people.

9:55 -- He's going to speak about John McCain for eight minutes! It would be funny if he kinda just walked offstage after four minutes, like "I dunnot like the Walnut boy."

9:57 -- It's been a while since we've seen the divisive jackass version of Bush the Campaigner, but here he is, insulting the "angry left" that doesn't care about John McCain's military service.

9:59 -- Oh God what a fucking douche! He just said, "John McCain said he'd rather lose an election than lose a war. That's the kind of courage we need in a commander-in-chief." Indeed, that is the very definition of the courage we need and we know that via concrete logic.

10:01 -- Usual condescending remark to his wife/the concept of wives.